Sign Up
Log In
Purchase a Subscription
You have permission to edit this article.
Edit
Home
Community
Milestones
News
Sports
Business
Opinion
Obituaries
e-Edition
Classifieds
Share This
1 of 10 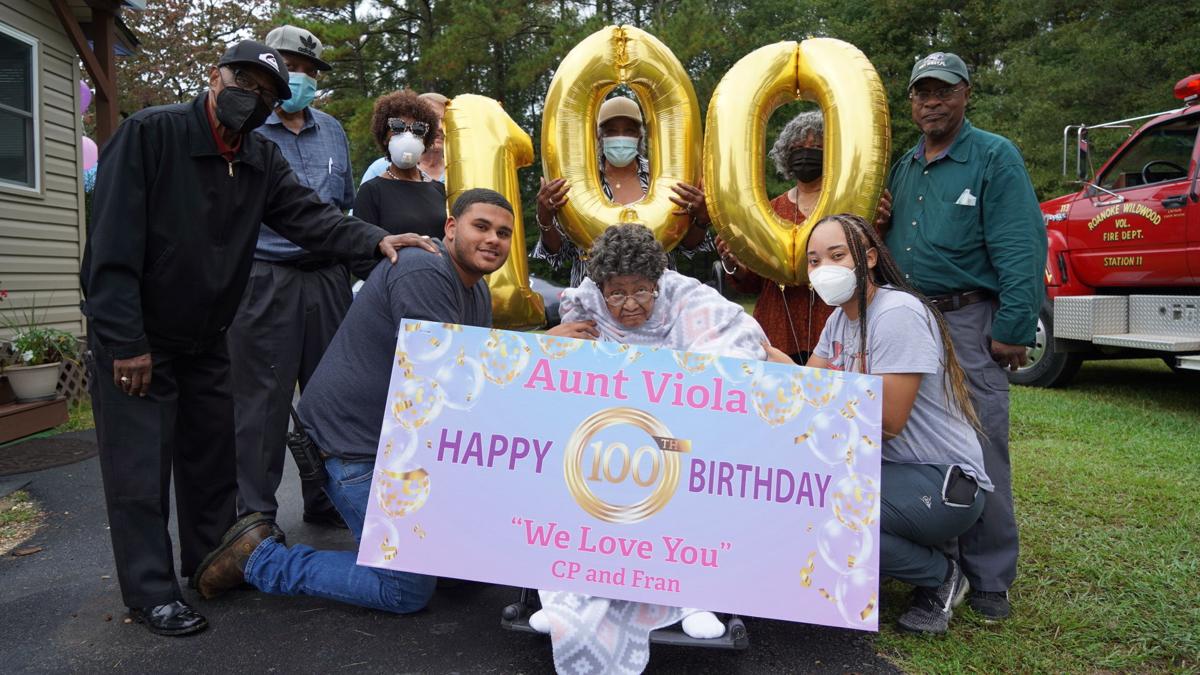 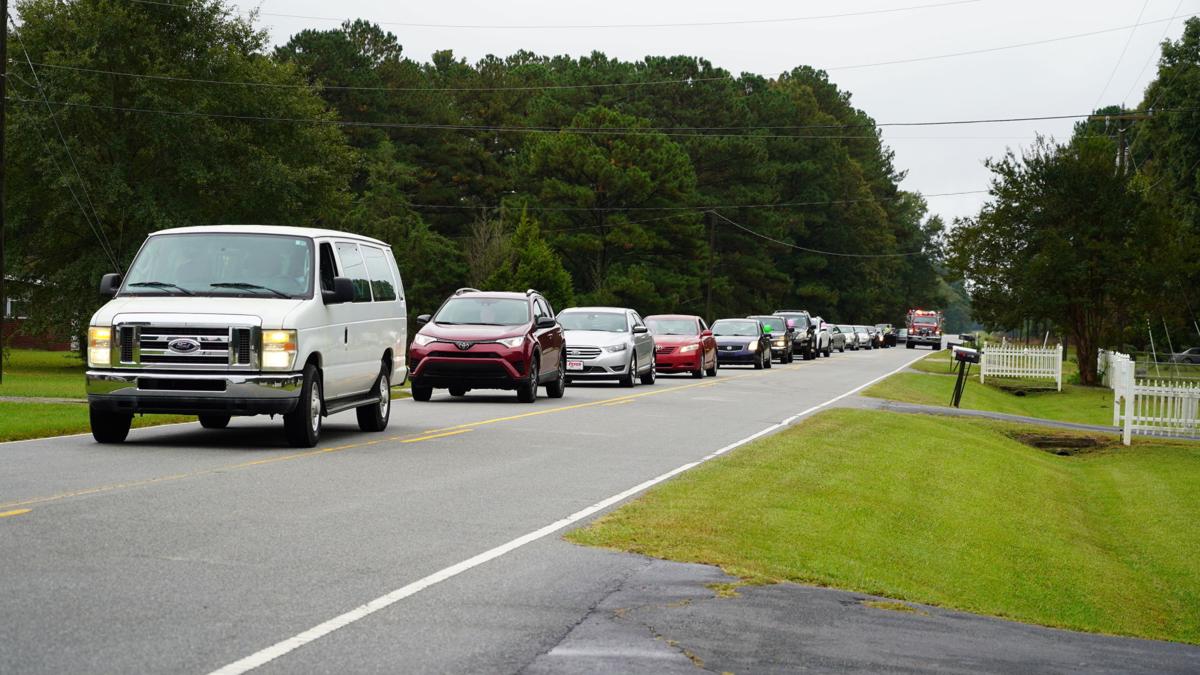 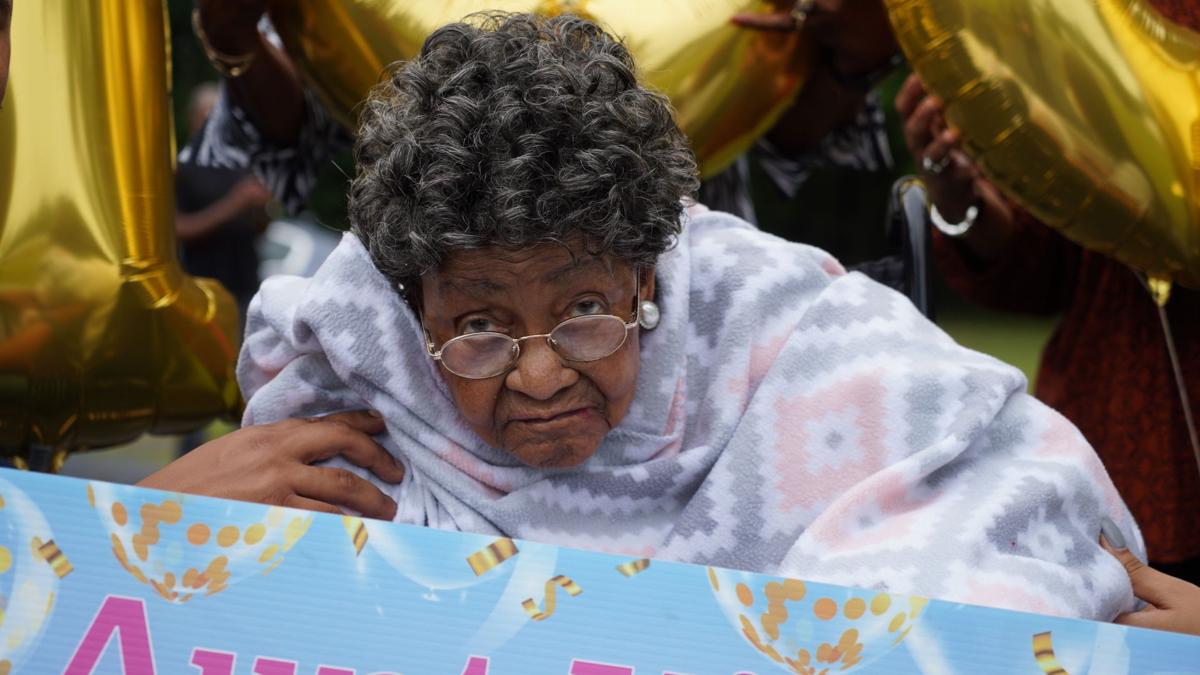 Viola Sykes was recognized and visited by people wishing her a happy 100th birthday on Saturday. 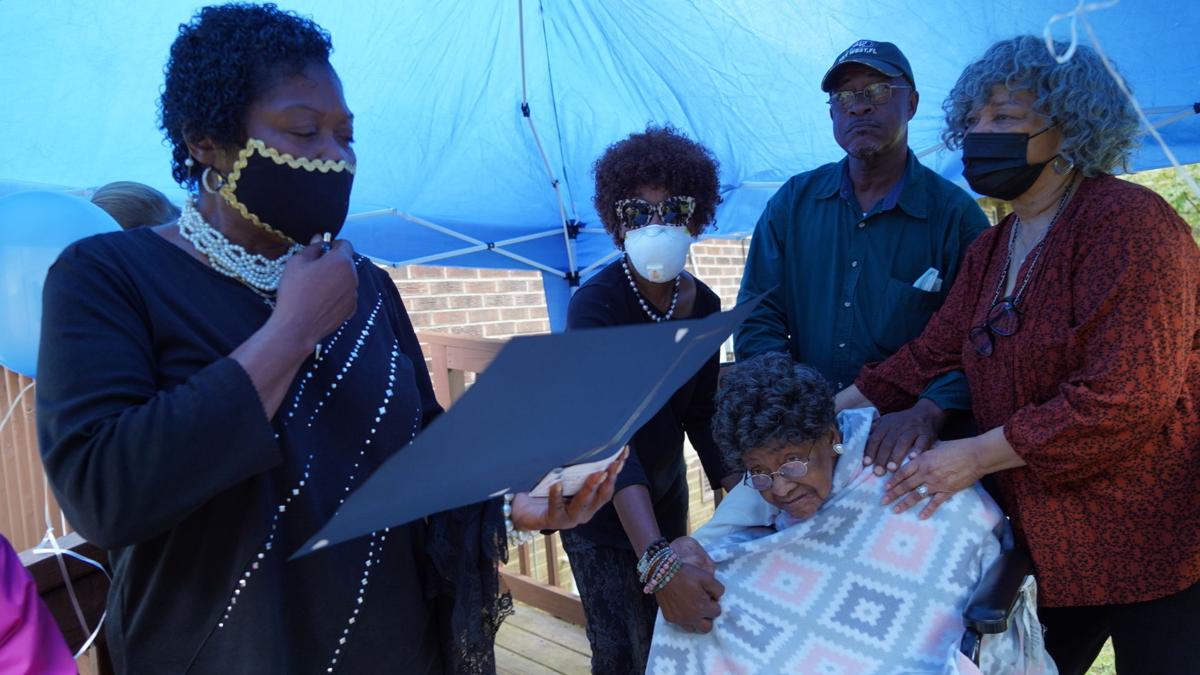 Viola Sykes received recognition from her church, Chapel Hill Missionary Baptist Church in Rich Square, for being the oldest member at 100 years old. 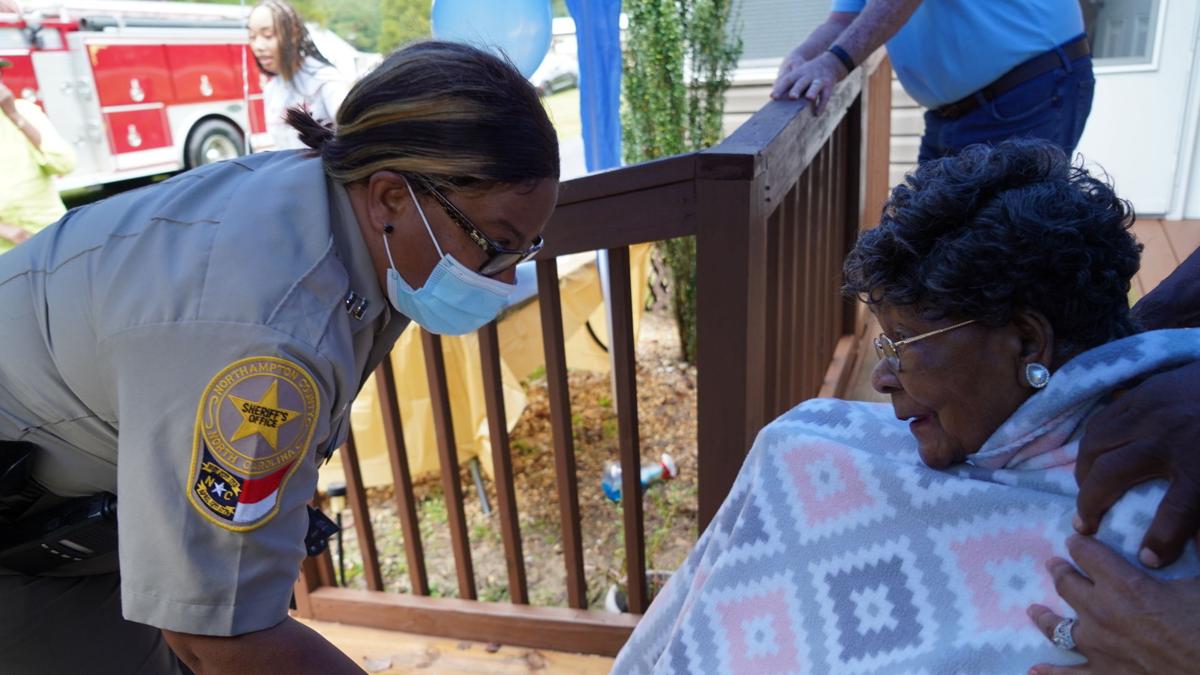 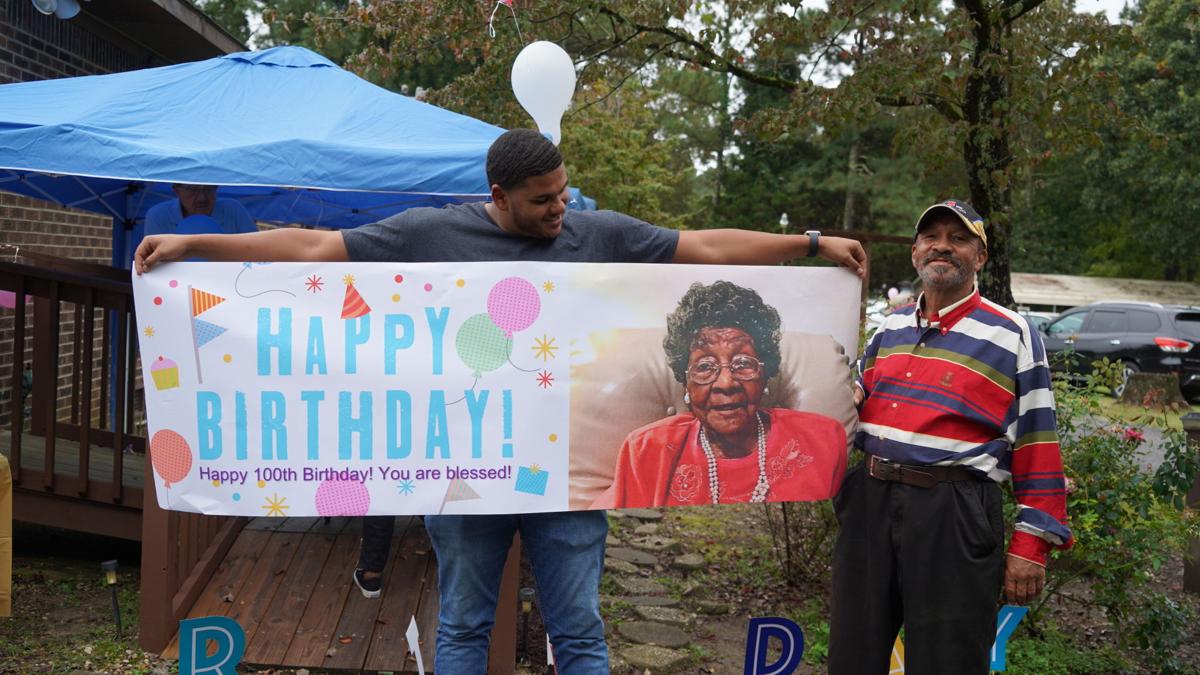 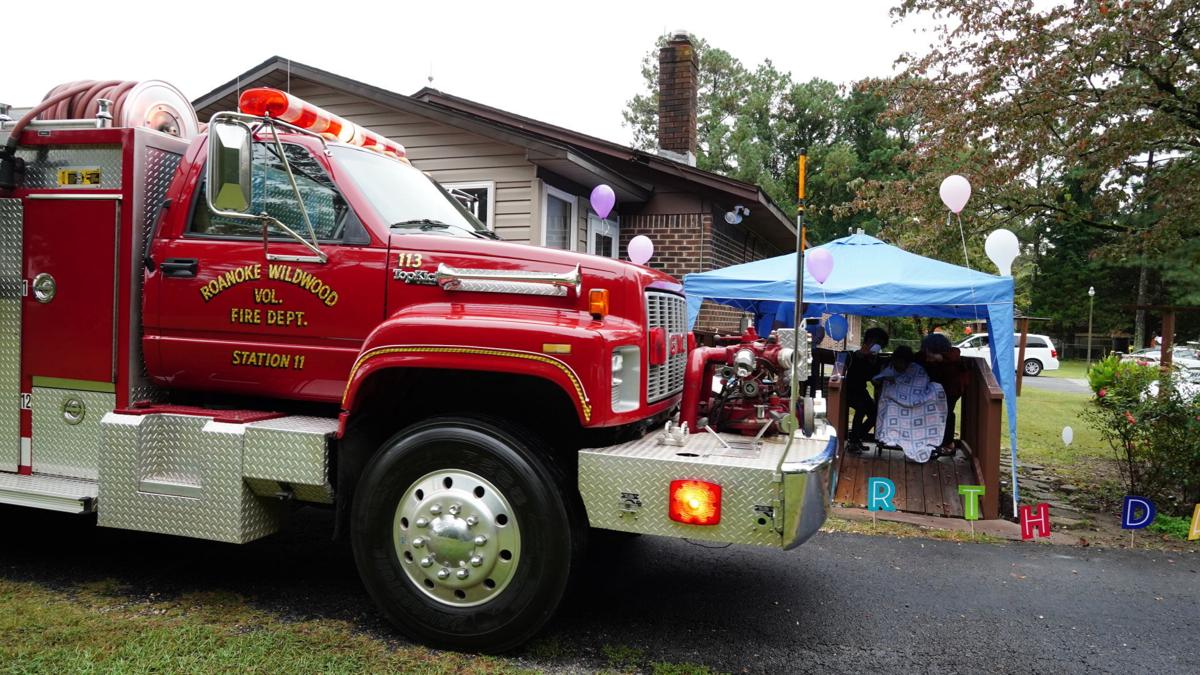 A Roanoke Wildwood fire truck paid Viola Sykes a visit for her 100th birthday on Saturday. 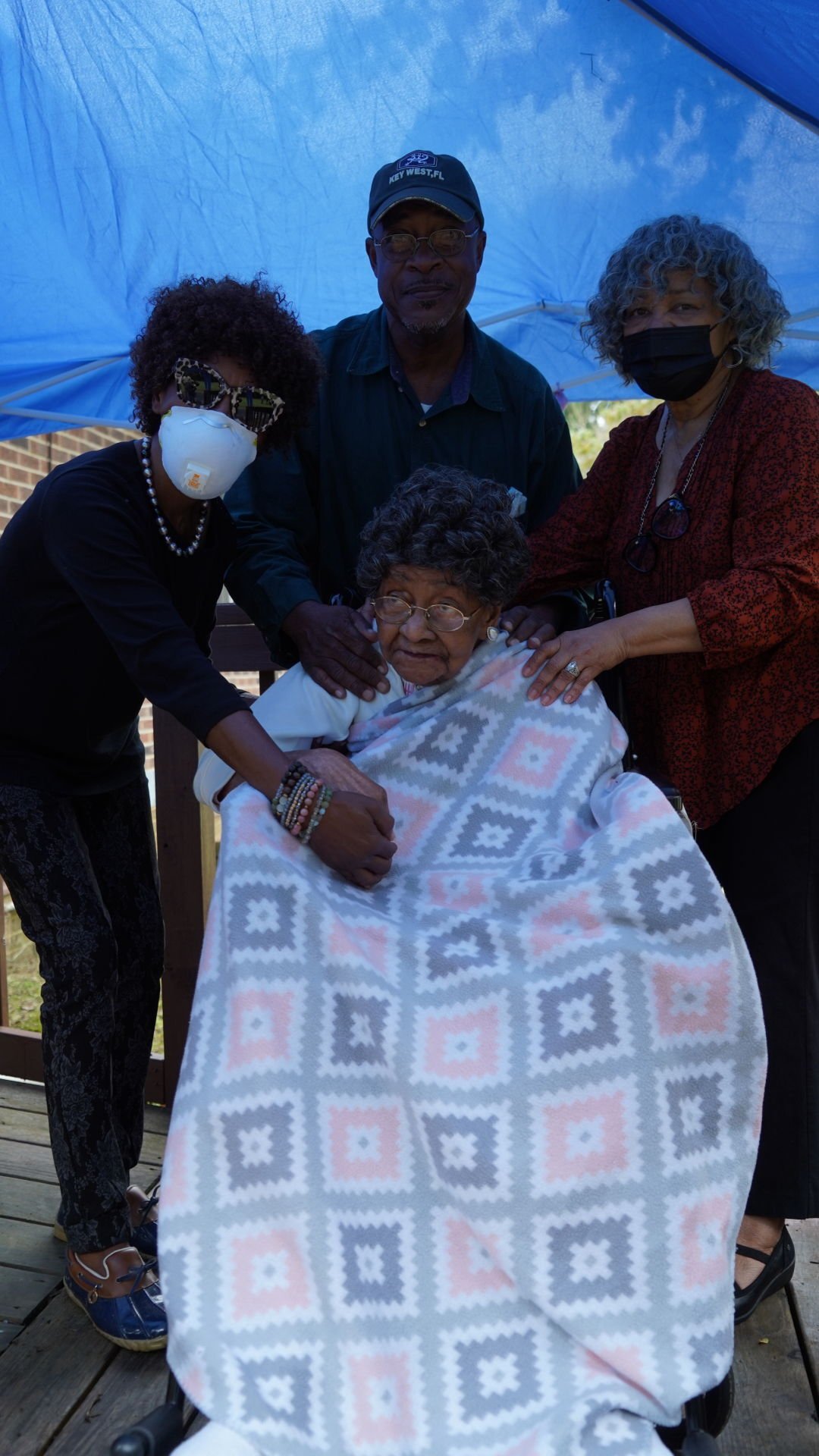 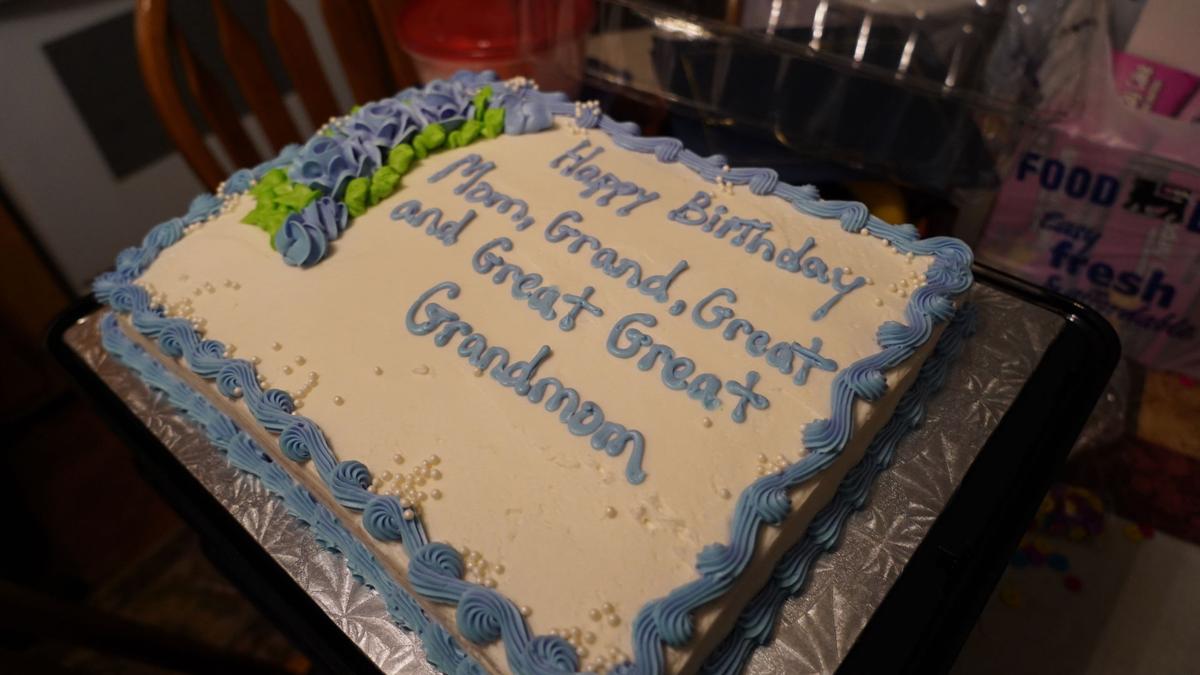 A birthday cake was prepared for Viola Sykes for her 100th birthday. 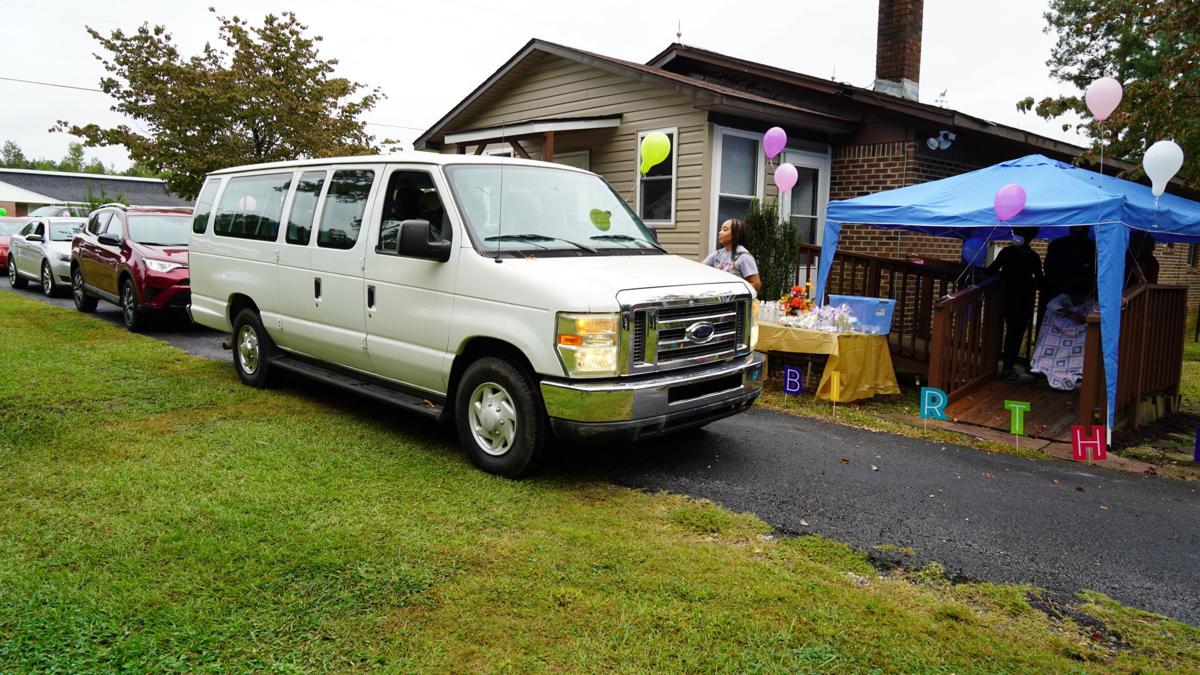 Many people gathered to throw a drive-by birthday celebration for Viola Sykes on Saturday.

Viola Sykes was recognized and visited by people wishing her a happy 100th birthday on Saturday.

Viola Sykes received recognition from her church, Chapel Hill Missionary Baptist Church in Rich Square, for being the oldest member at 100 years old.

A Roanoke Wildwood fire truck paid Viola Sykes a visit for her 100th birthday on Saturday.

A birthday cake was prepared for Viola Sykes for her 100th birthday.

Many people gathered to throw a drive-by birthday celebration for Viola Sykes on Saturday.

JACKSON — Many people turned out for a drive-by to wish Viola Sykes a 100th birthday at her home on Saturday.

A group staged their vehicles at the Cultural and Wellness Center and made their way down to Sykes’ home, where she sat on an access ramp under a canopy waving at bypassers wishing her a happy birthday. Celebrating and assisting with her were family members such as her three children, Lois J. Sykes Hamilton, Samuel Mckinley Sykes Jr. and Marion Sykes Barnes.

Samuel, the middle child, said he is 70 years old, and the family has been in the area for nearly 50 years. He said back in 1977, they built the home his mother lives in now.

“She has been a good mother to me,” Samuel said. “And she went in spiritual and leeway when some time I didn’t take her advice. But I did profit from her by what she gave me. So my father too. So I’m still here.”

He said their father passed away years ago, and his sisters live far from home. But Samuel said he lives next door and spends most of his time with his mother.

“And that’s the best I can do for the payback for what she has done for me,” he said. “So right now, I don’t regret anything I’ve had to do — asked to do. I might grumble a little bit, but I do it.

When asked what he thinks contributes to his mother’s longevity, Samuel said she never drank, was always inspirational and never whooped them, but was word of mouth.

“Her word of mouth carried us to where we are now,” he said. “She had good days and bad days, but she’s still momma. I get to stay here and try to do the best I can do for her.”

His oldest sister, Hamilton, lives in Philadelphia, but frequently travels back to the area she grew up in. She said her mother has always been a soft-spoken person.

Their youngest sister, Barnes, lives at Lake Gaston, and she said it is a blessing to see her mother reach 100 years old. She said the way her mother and father raised them set them up for success with completing high school, higher education and joining the military.

“And I’m just thankful for everything that my mom has continued to do for us,” Barnes said. “My father, when he was here, we were close-knit. She raised us not to argue with each other. If one had something the other person didn’t, we shared it. And she raised us to be responsible and caring people and care for other people. She’s humble and loves flowers. I can always see her working in her flower yard. And she always said, ‘Give me my flowers now that I can see them.’ And she always taught us to be good to other people and help people when they needed some help, and we tried to do that all our lives.”

Viola’s grandson, Brandon Barnes, a captain with the Roanoke Wildwood Volunteer Fire Department, was there to help and even brought a fire truck in the drive-by to greet his grandmother.

“I’m grateful for my grandma to see her reach 100,” Brandon said. “I’m grateful that she’s able to see me get through college. I graduated in December from Mississippi State University, majoring in criminal justice. So it’s a great time to see her.”

A family friend, Jerry Jerman, said he lives right down the street and considers himself a family member. Jerman said he was gone for 32 years in the military but said Viola is like a mother to him.

“And I’m 57, so ain’t nothin’ I won’t do for her, and God has blessed us to see her turn that age at a hundred,” he said. “If I was out of town, I’d have been here because she’s a great woman. Her son, her daughters, they mean a lot to me. They are like sisters to me, and Miss Sykes [Viola] is like a mother. So we just thank God that she’s still here with us and that all be well with her. Yes, sir.”