Sign Up
Log In
Purchase a Subscription
You have permission to edit this article.
Edit
Home
Community
Milestones
News
Sports
Business
Opinion
Obituaries
e-Edition
Classifieds
Share This
1 of 11 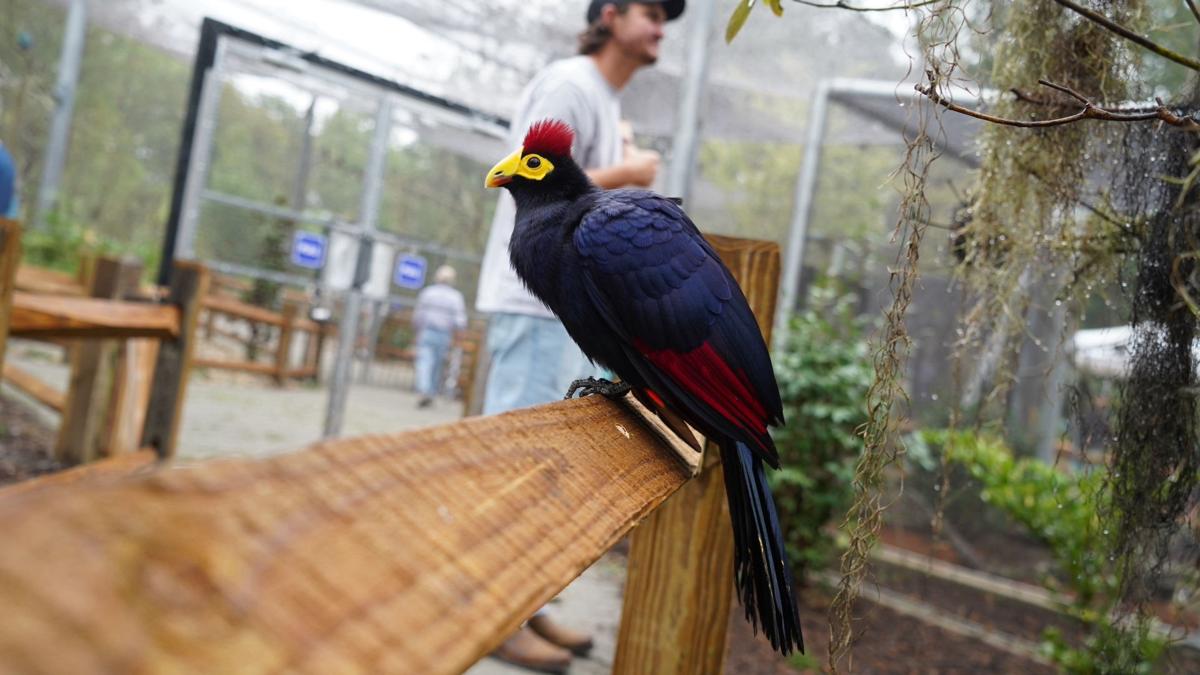 Pictured is a Violet Turaco perched on a wooden fence inside its new home, Birds of Paradise. 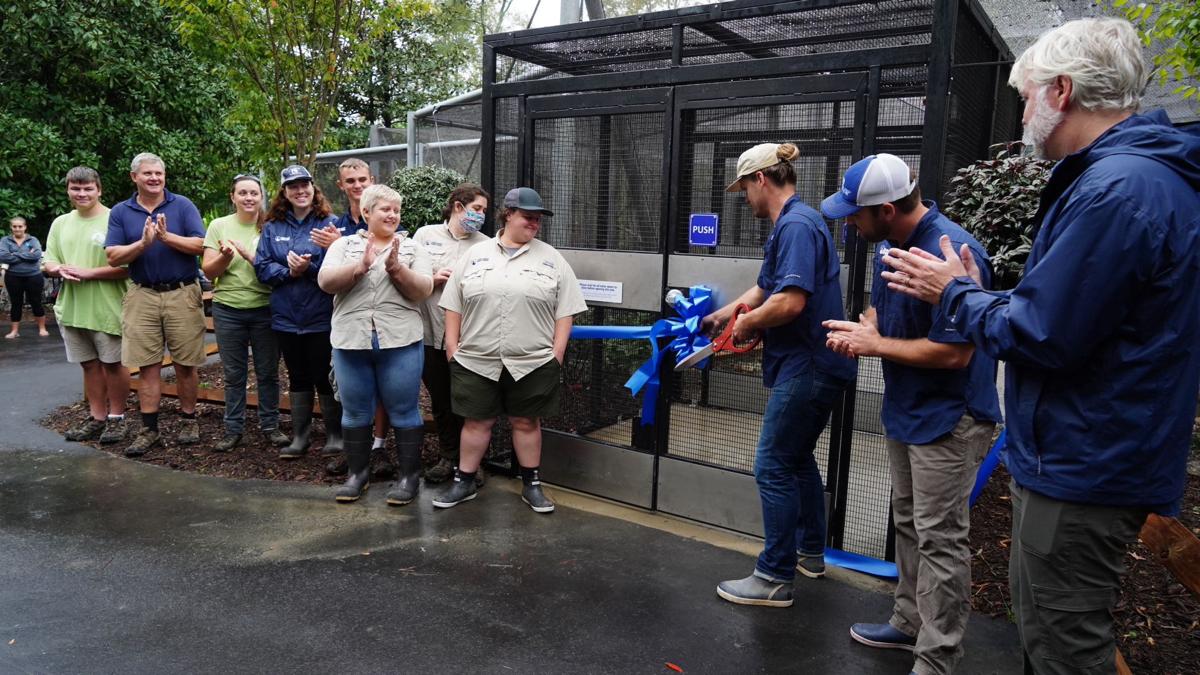 Sylvan Heights Bird Park welcomed everyone to the opening of its new exhibit called Birds of Paradise on Saturday. 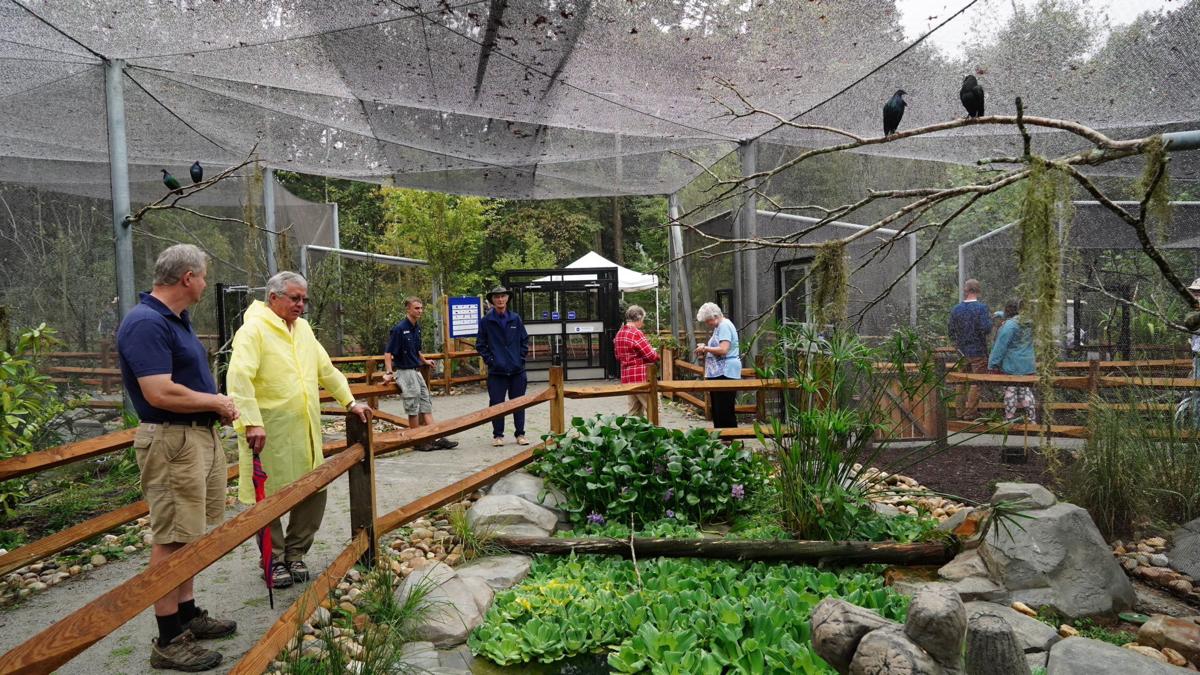 Many people came to see the unveiling of the new Birds of Paradise on Saturday. 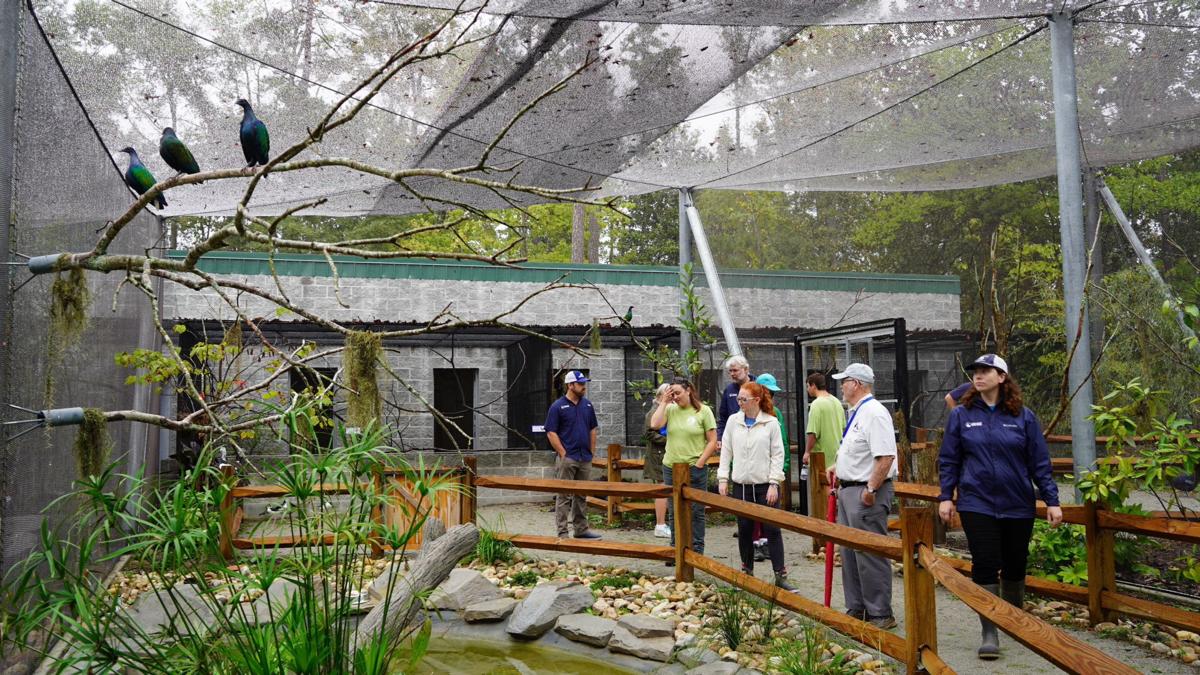 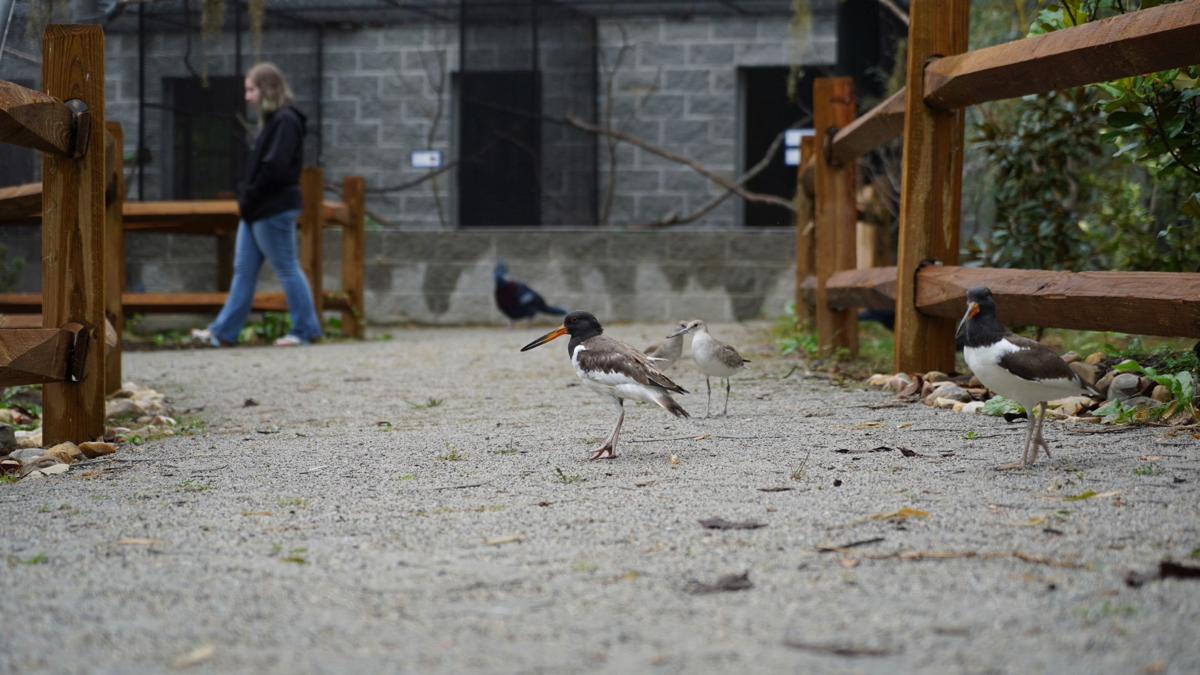 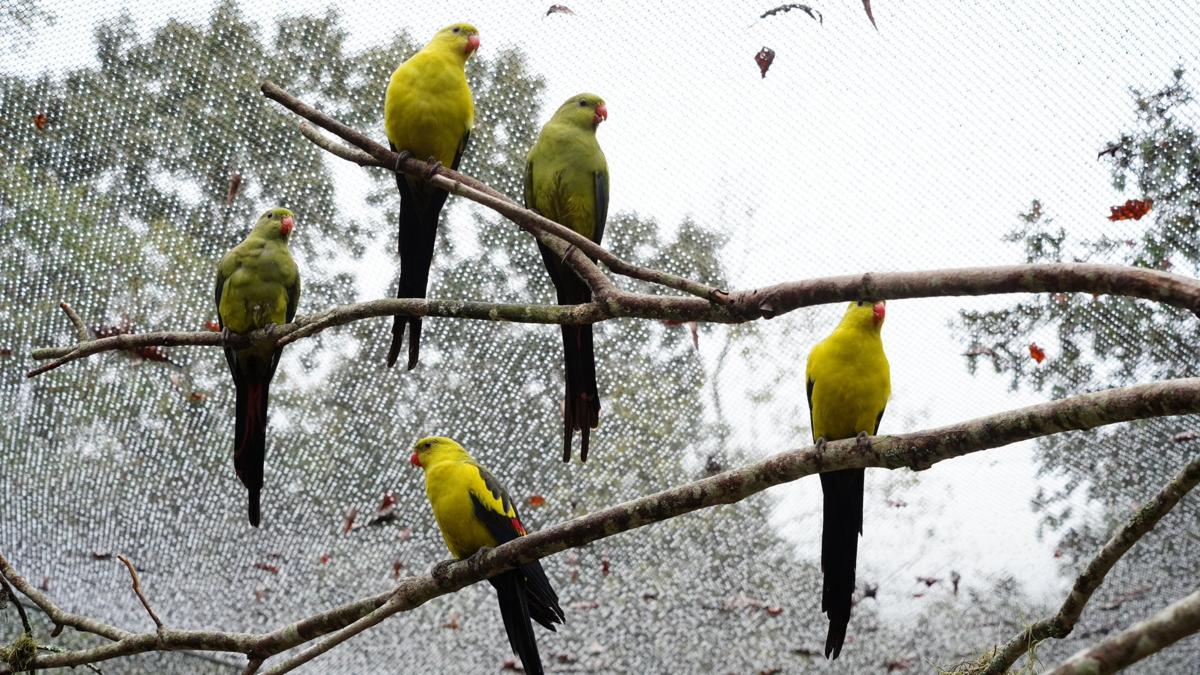 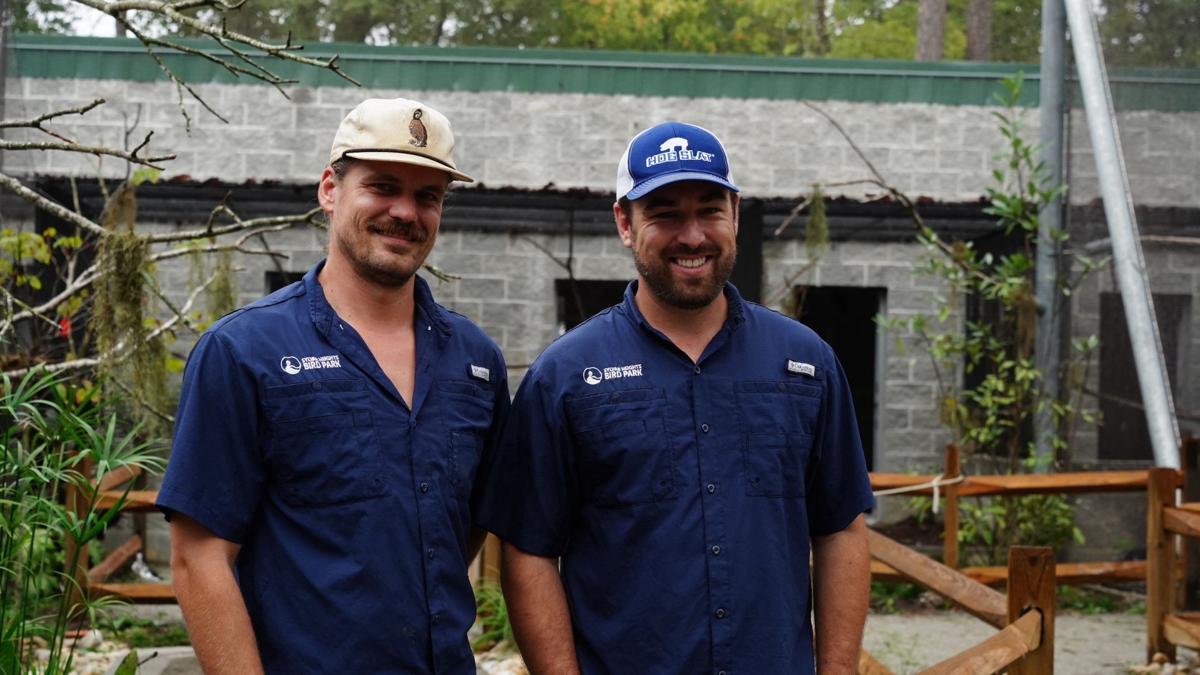 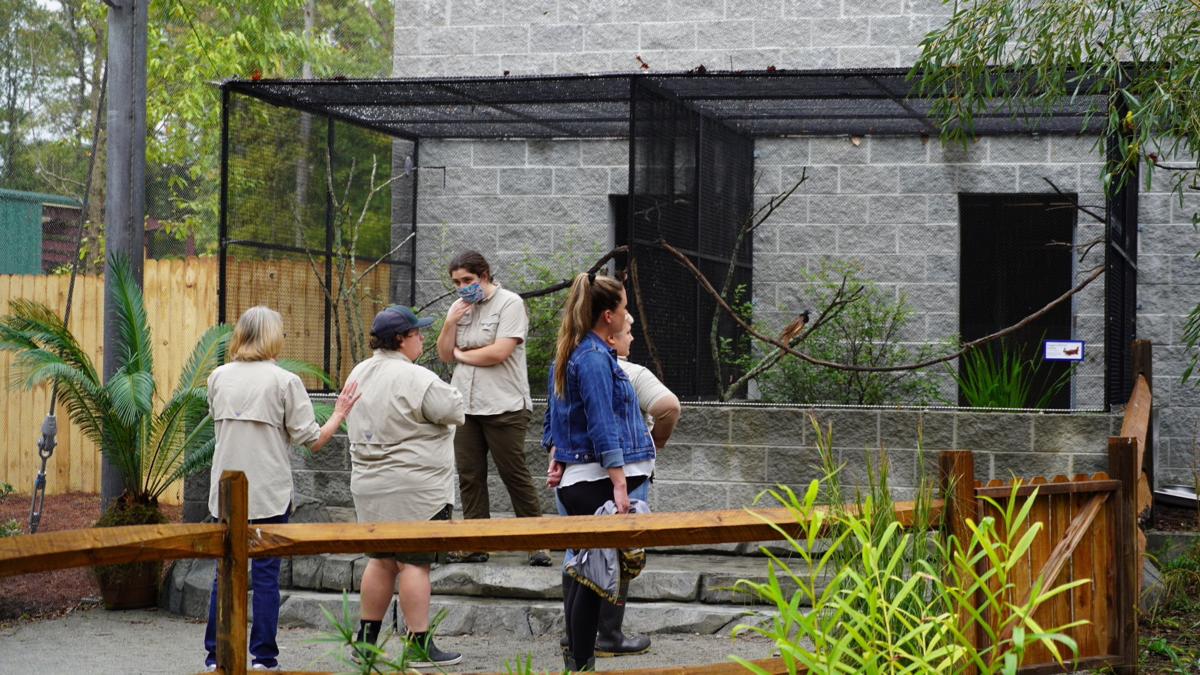 Visitors checked out the new Birds of Paradise exhibit at Sylvan Heights Bird Park on Saturday. 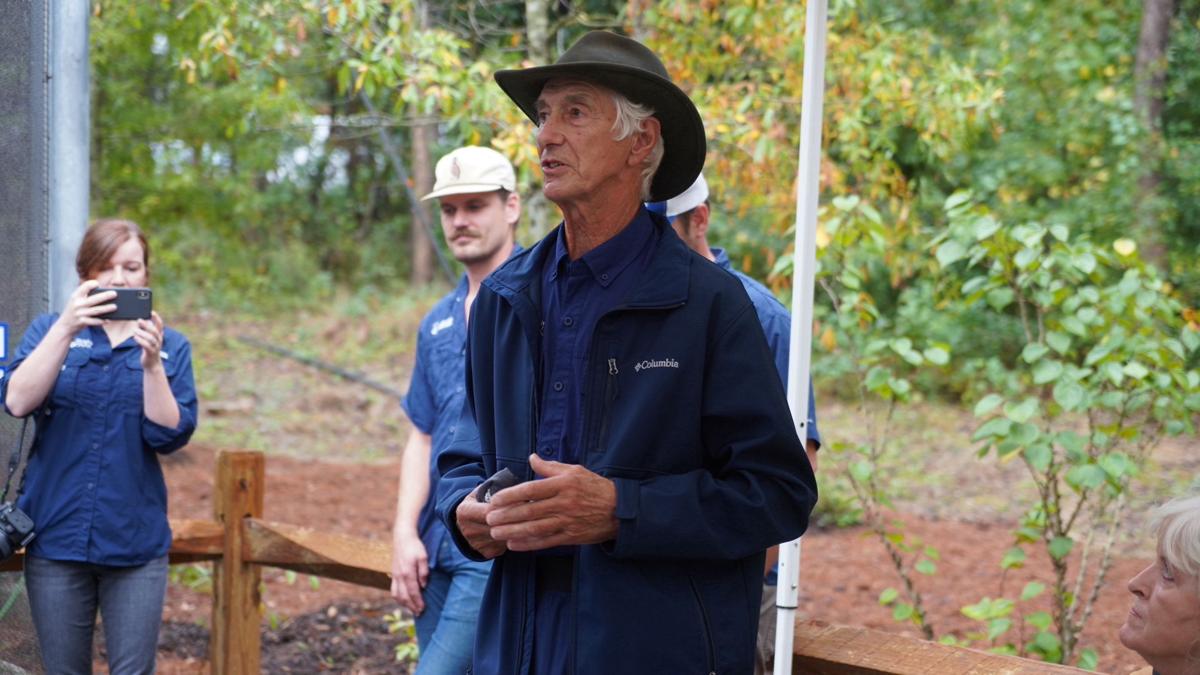 Executive Director Mike Lubbock of Sylvan Heights Bird Park thanked everyone involved with making the Birds of Paradise a reality. 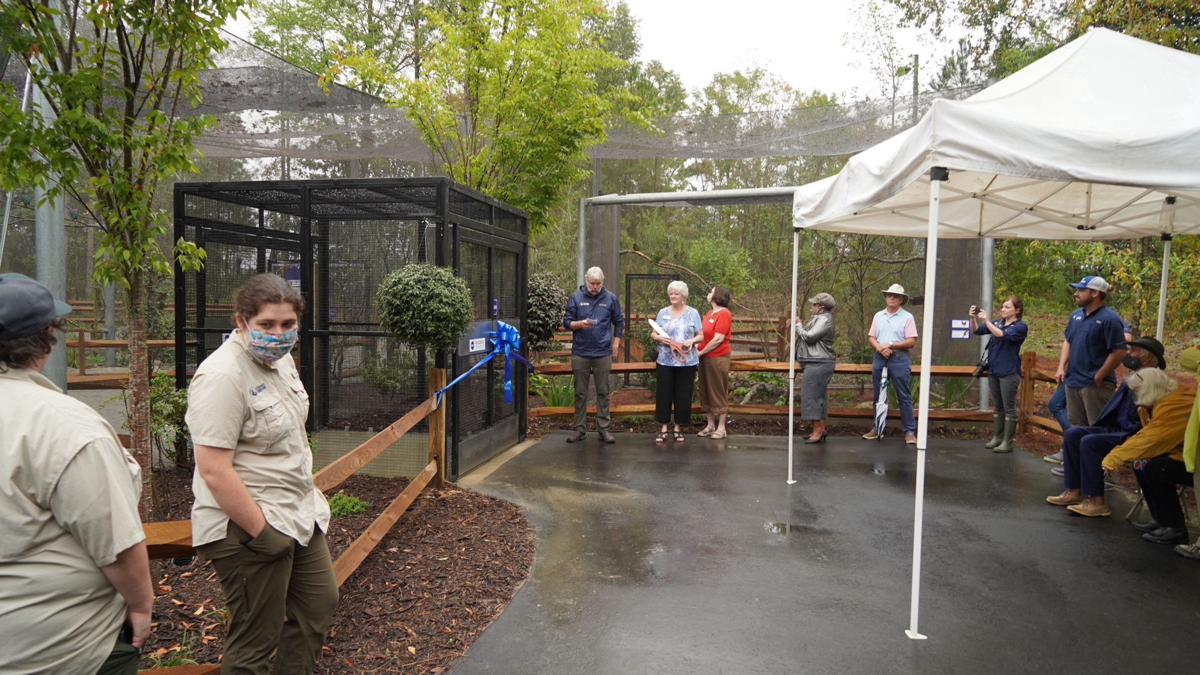 Guests began arriving for the ribbon-cutting ceremony for the Birds of Paradise exhibit. 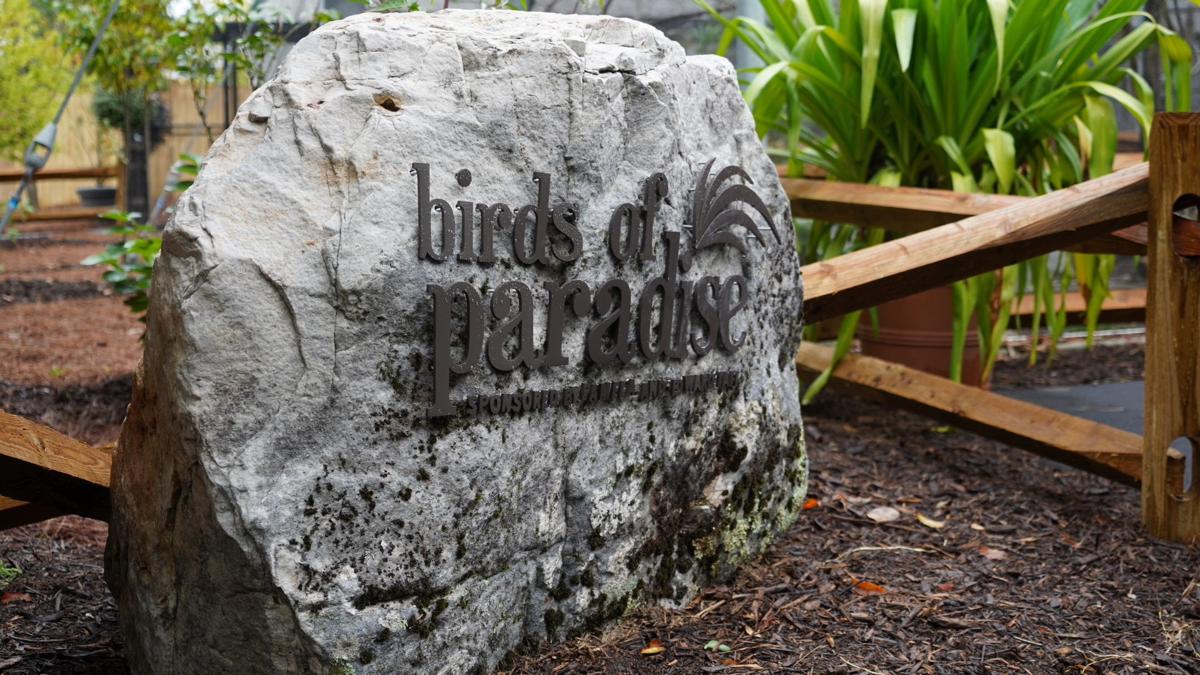 Pictured is a Violet Turaco perched on a wooden fence inside its new home, Birds of Paradise.

Sylvan Heights Bird Park welcomed everyone to the opening of its new exhibit called Birds of Paradise on Saturday.

Many people came to see the unveiling of the new Birds of Paradise on Saturday.

Visitors checked out the new Birds of Paradise exhibit at Sylvan Heights Bird Park on Saturday.

Executive Director Mike Lubbock of Sylvan Heights Bird Park thanked everyone involved with making the Birds of Paradise a reality.

Guests began arriving for the ribbon-cutting ceremony for the Birds of Paradise exhibit.

The opening of the new area has been in anticipation for a couple of years during its construction and was unveiled with a ribbon-cutting ceremony.

Brent Lubbock, director of operations at the park, said the staff was very excited to finally open the exhibit to the public. He thanked several for their contributions to help make the display possible such as Pandemonium Aviaries out of California, the park board of directors and others.

“If it wasn’t for them, we wouldn’t have been able to construct this,” he said. “But not only with the contributions being important to make this exist, but also all the hard work that has gone by staff and volunteers.”

Inside the exhibit were many birds flying, perched and even walking in front of visitors across their path.

“They’re multi-talented, from the rock work to the fence, welding — we didn’t have guys like this,” he said. “We’re very grateful to have them. And all the guys that helped keep taking care of these birds feeding them, and thank you guys for doing that. So we really appreciate all the support, all those donors, all the volunteers, and all the members that keep supporting what we’re doing here.”

Foote said the exciting thing about the new aviary is the birds housed in it represent a large portion of the U.S. He mentioned there are Nicobar Pigeons in the exhibit, with a couple hundred in the country.

Nicobar Pigeons are native to Southeast Asia and Oceania and are thought to be a close relative to the extinct Dodo bird.

Foote also said the new aviary is probably the only place in the country where people can see Green Pygmy Geese. He then went on to say the exhibit is part of a larger project in conjunction with a breeding center in the park for the birds housed inside the Birds of Paradise.

“This is kind of the public side of it, to display all the birds,” he said. “That’s why there’s like crowned pigeons everywhere, currently. So that building [breeding center] over there will actually absorb some of them so we can continue to work with those large numbers of birds. I just kind of wanted to end by thanking everybody. Everybody put a lot of effort into this. The staff has been awesome.”

Chairman Don Butler talked about the story behind the new aviary when it was learned that a woman, Michele Raffin, who is also a board member living in California, had a large private collection of birds. Butler said she had more species of birds than others around the country, which she was looking to find a suitable home for them.

“She had a list of criteria that had to be met in order for her to be satisfied with the birds that were going to be taken care of and be in a situation where they could reproduce,” he said.

After she visited Sylvan Heights, Butler said the park was the only place in the country that met the criteria and agreed to donate her entire collection. However, there was not an immediate confirmation to take in the birds as the park already had several birds with nowhere to put additional ones, he said. That’s when the donor agreed to help raise funds to build the new exhibit that was “adequate,” Butler said.

“And you’re standing by it right now,” he said. “I’ve seen zoos — aviaries all over the country, some in Europe, and this is the best one I’ve ever been to. It’s world-class. I don’t think we will ever see one that is better.”

Butler said it has not been easy for the park with obstacles to overcome, but remarked the primary mission of Sylvan Heights is for conservation, education and research. With the park being a nonprofit organization, he said the staff and volunteers do not do what they do for money. Butler said there has to be a certain amount of revenue to keep operations going, and he thanked everyone.

“But people come from all over the world to see Sylvan Heights, and they go away amazed,” he said.

Mike thanked everyone involved with making the exhibit happen.

“Especially the staff, and they have a lot more birds to feed, a lot more fruit to cut up and various diets and things,” he said. “I’ve got to get new ideas, and we don’t have a big staff. They get paid very little, and they’re very dedicated.”

Mike said the park was fortunate to get the funds to build the building, which would cost $3-$4M at a zoo. However, he said he was lucky to have a friend he knew for 40 years, Sean Stoddard, founder, owner and president of A Thru Z Consulting & Distributing Inc. out of Tuscon, Arizona, who offered a deal, sending a team out to the park. He said with the COVID-19 pandemic he had to bring the team back and send another.

“But a lot of things got frustrated, like everywhere else, but we persevered,” Mike said. “ I mean, wasn’t for Dustin and Nick and all the stops just putting those actions, it wouldn’t be like it is. I don’t know another facility quite like it. I’m very proud, and Ali, my wife, is very proud. I just want to thank everybody. And all the support we get locally, I’d really like to thank you all, and I think they’re proud of us.”