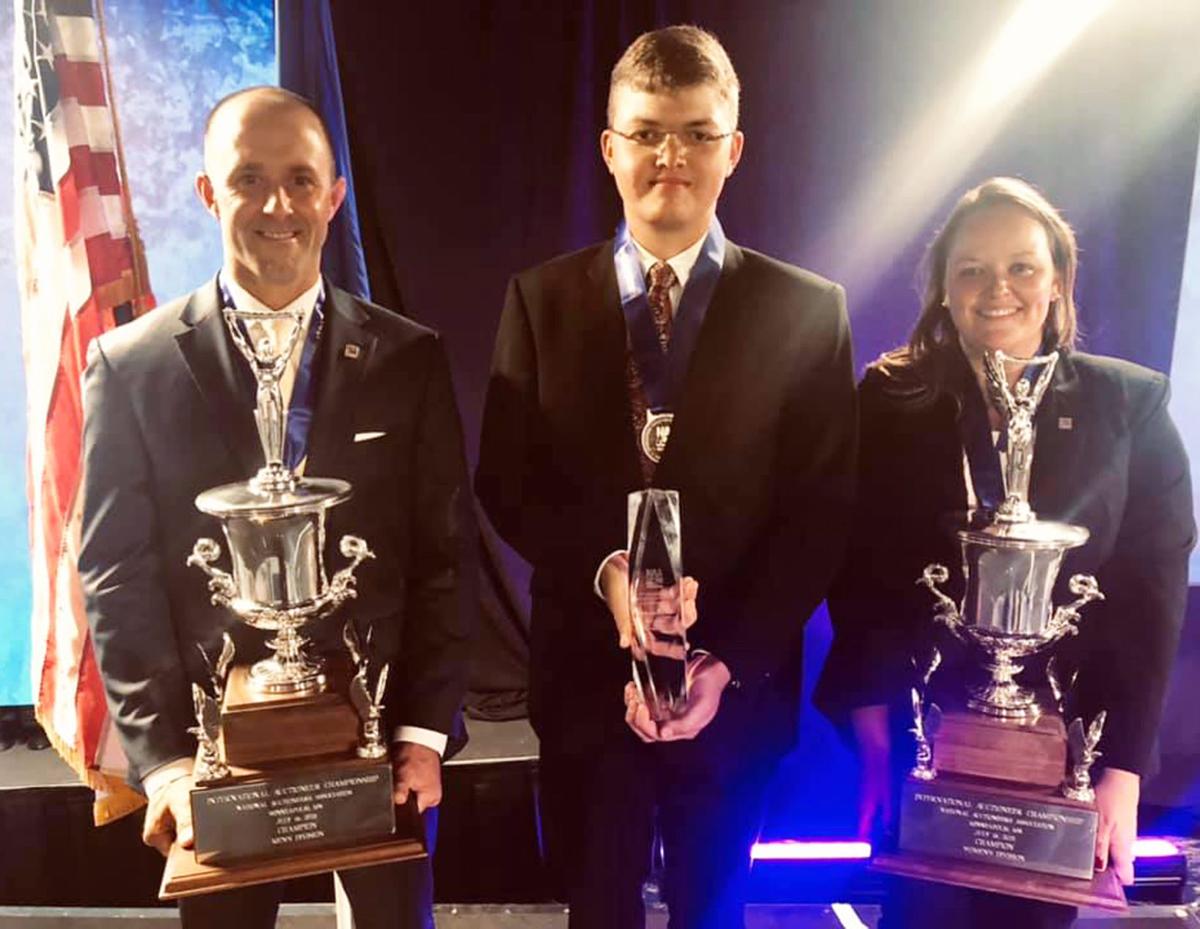 Self-taught auctioneer, Landen Morris, used his skills in 2019 at a fundraising event. 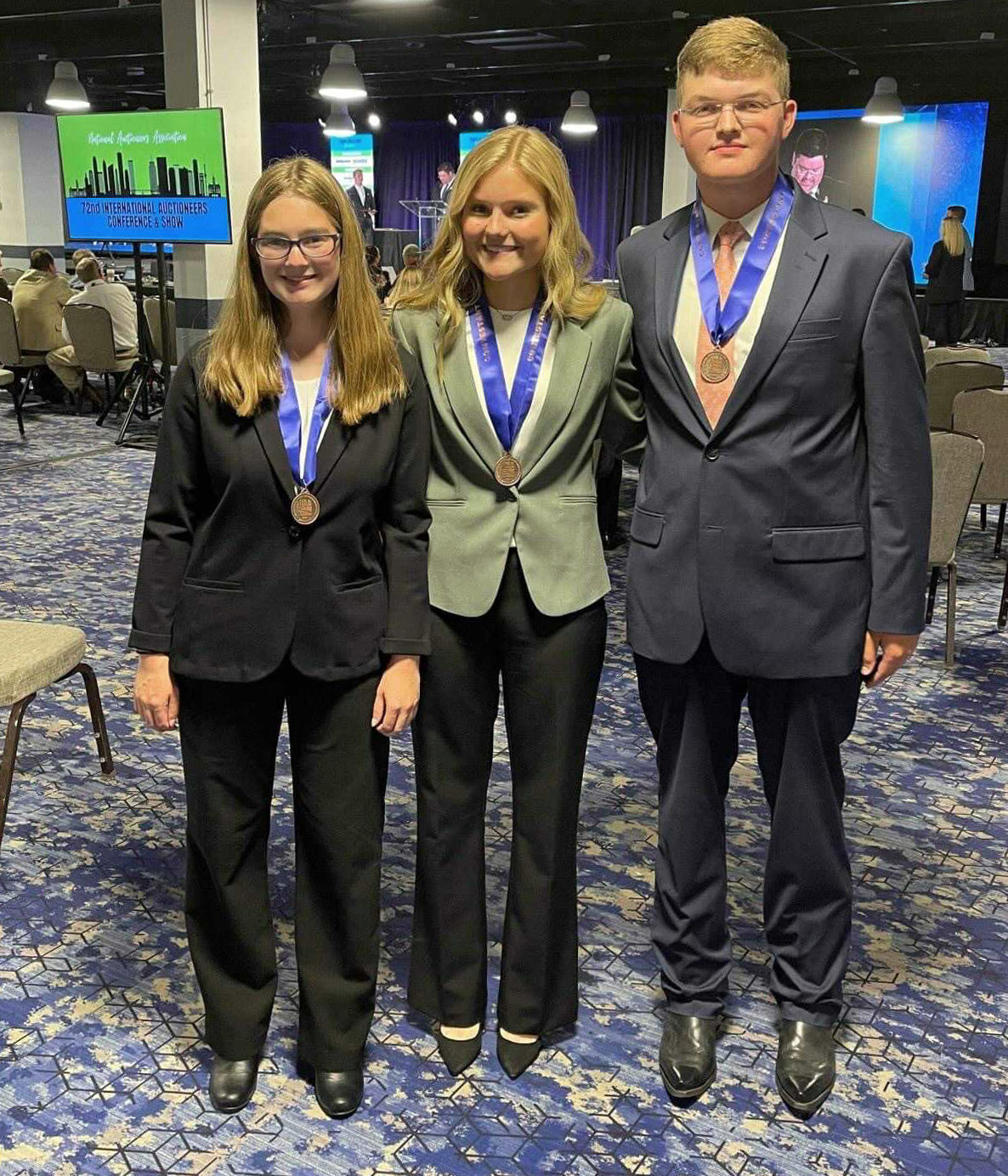 Self-taught auctioneer, Landen Morris, used his skills in 2019 at a fundraising event.

The IJAC was established in 2007 by the NAA, allowing Young Auctioneers between the ages of 12 and 18 to compete for the IJAC title at NAA’s International Auctioneers Conference & Show held every July.

The competition took place in Minneapolis at the 72nd International Auctioneers Conference & Show. Morris joined peers to vie for the IJAC title, who were judged on their presentation, chant, voice timbre, body language and other performance elements of effective auctioneering. Finalists also answered interview questions and competed in front of live attendees, with tens of thousands of viewers on IAC Live! via Facebook and YouTube.

This is not Morris’ first competition, placing third in 2018 in Jacksonville and second in 2019 in New Orleans. Last year COVID-19 removed the competition.

Morris is self-taught and has been involved in the auction industry for seven years. In an Aug. 10, 2019, article in The Daily Herald, Morris said when he was young he started going to some farm sales around the area and kind of fell in love with auctioneering.

His mother, Frances, said Morris began auctioneering when he was about 9 years old.

“I bought him a karaoke machine for singing and that’s what I though he was going to do, but he decided that he wanted to do auctioneering,” she said in the article. “He would take that karaoke out to the back deck and auction off birds, leaves, bicycles, trampolines and whatever.”

As IJAC Champion, Morris was awarded a trophy and a champion medallion.

The IJAC Champion also goes on to represent the NAA as a brand ambassador to young people interested in the auction industry.

“It’s such an amazing experience to be able to be an ambassador to the youth,” he said. “I try to encourage as many youth [ages 12-18] as possible to compete.”

Morris said the competing has been more for him than winning — it is about the relationships and all of the experience, he said.

While he is unsure if he will compete next year, Morris said he will in the future. Recently graduating from Roanoke Rapids High School, Morris was awarded the RRHS Citizenship Award and will further his education as a dually enrolled student at N.C. State University and Nash Community College, majoring in Agricultural Business Management, he said.

In addition to having a successful auction career, other plans include the pursuit of a political career as a U.S. Senator for N.C., since serving as a Senate Page under state Sen. Tom McInnis in the N.C. General Assembly in May of 2018. He was awarded Senate Page of the Week by his fellow pages.

McInnis said Morris is a fine upstanding young man who has a plan for his future and will go a long way to make sure that plan is executed correctly.

“He is on a great path at N.C. State University and Nash Community College and he is going to do great things in his life, again, because he does have a plan and he is executing that plan to the fullest extent,” he said. “I’m very proud of Landen and the accomplishment of winning that junior championship. That is a fabulous contest of international acclaim and he again has made all of us in North Carolina very proud of him. I congratulate him and give him the highest accolades.”

Morris said with his political aspirations he would like to be a leader.

“To have somebody new in D.C. and take the background from here — the agricultural side of it up there — someone with the auction industry and well rounded may be appealing to all constituents.”

And as the first in the state to hold the IJAC title, Morris said he is advocating for more people in N.C. to take interest at the national level.

“It’s a very humbling experience to take home the trophy and the medal, but that’s not all I am taking home with me,” Morris said. “I’m taking home so many relationships that will last a lifetime. Anyone ages 12-18 interested in competing in the IJAC please do so, it is such an awesome experience!”

For those interested in learning the trade, email morrislanden8@gmail.com.

Morris also encourages others to hold his “life verse” from Romans 8:28: “And we know that in all things God works for the good of those who love him, who have been called according to his purpose.”