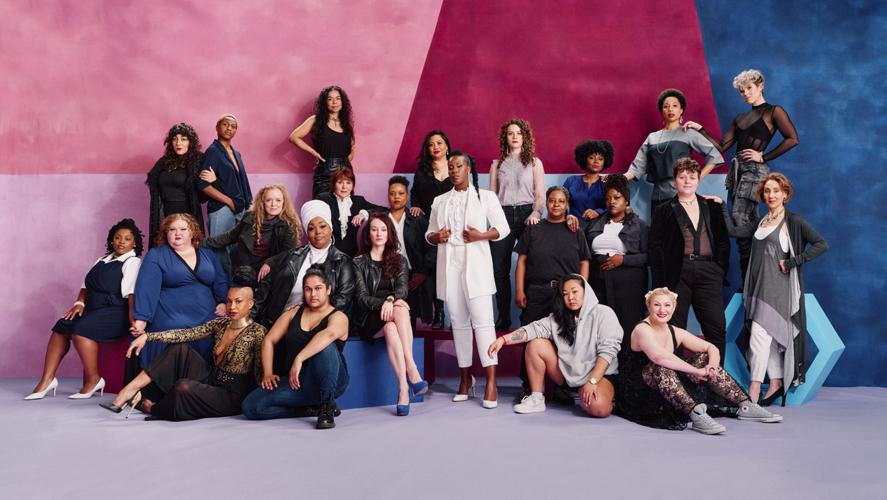 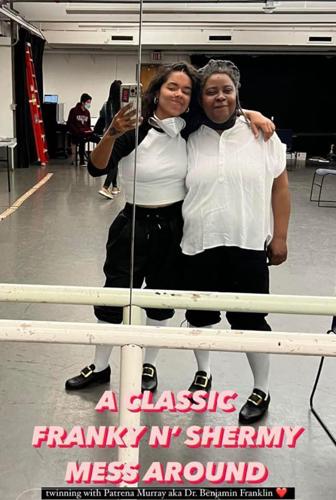 Pictured is Brooke Simpson during a rehearsal for “1776” with fellow castmate Patrena Murray. 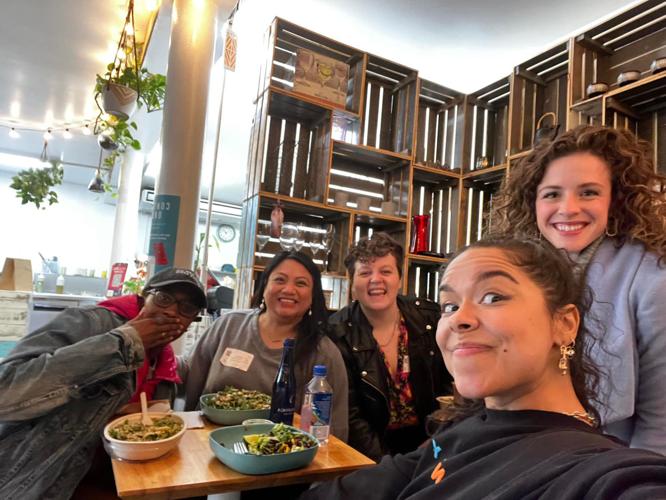 Pictured is Brooke Simpson having lunch on her first day of rehearsal for “1776.” 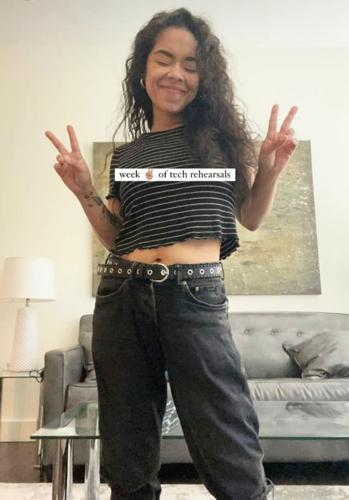 Pictured is Brooke Simpson during a week of tech rehearsal for the musical “1776.”

Pictured is Brooke Simpson during a rehearsal for “1776” with fellow castmate Patrena Murray.

Pictured is Brooke Simpson having lunch on her first day of rehearsal for “1776.”

Pictured is Brooke Simpson during a week of tech rehearsal for the musical “1776.”

After a long wait, the all-female revival of the musical “1776” is premiering this month, featuring Hollister native singer and songwriter Brooke Simpson as Roger Sherman.

According to the American Repertory Theater website, the musical will show on Tuesday at the Loeb Drama Center at Repertory Theater in Cambridge, Massachusetts. The performance depicts John Adams attempting to convince the Continental Congress to move forward for American independence with the signing of the Declaration of Independence.

Simpson has been a superstar in Halifax County with her rise to fame by participating in The Voice and America’s Got Talent. With the community and the Haliwa-Saponi Tribe cheering her on, her closest supporters — her family — have been there on the journey with her.

“I am extremely proud to be able to witness this moment in Brooke’s life,” her mother, Jimille Mills, said on Friday. “She is an extremely hard worker, and to see it pay off is so rewarding. I know this is a bit out of her element, being she will not only be singing but also acting. As far as the all-female cast, I am anxious to see how this will all play out in portraying male characters in the ‘1776’ musical. It makes it even more intriguing and exciting as we wait to see her perform in two weeks.”

Mills said she has not been able to speak with her personally as much as she would like, but Simpson’s rehearsals are very demanding.

“There were times Brooke spoke of being extremely stressed, but it was only because she does everything with the spirit of excellence,” she said. “Once she learned her parts, she was back on cloud nine. She is extremely excited and is loving every moment of this opportunity. The hardest thing is missing her husband and her dogs. They are not able to be there with her being he is creative arts pastor for a church back near LA.”

Mills said her daughter is the only indigenous/Native American actor in the “1776” performance and is representing all of her tribe.

“Her Tribe is very proud of her and very supportive,” she said. “Someone is already making plans to charter a bus to take a group out once the show comes to New York. Right now, the show is in Cambridge, Massachusetts, from now until the end of July. She would get August off and starting September, they will begin shows in New York going through the spring of 2023.”