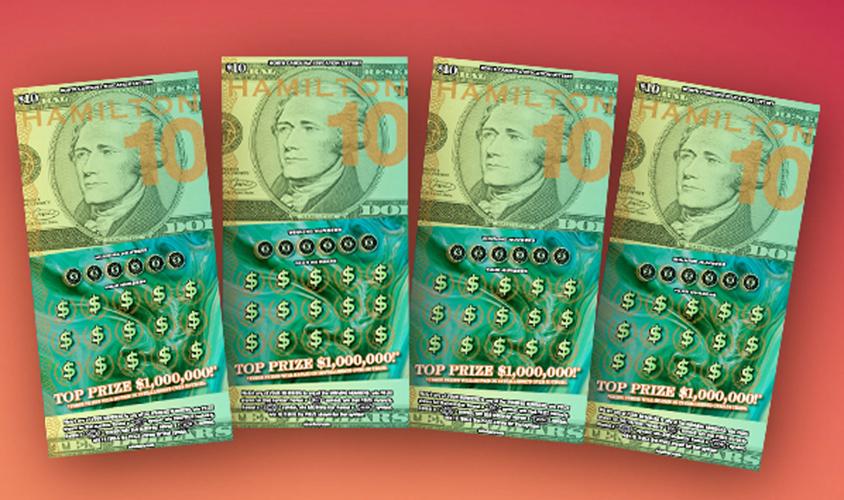 RALEIGH — Sabrina Bottoms of Conway made her Sunday night gas stop, bought her weekly scratch-off, and won the first $1 million prize in a new game.

“I couldn’t believe I won,” Bottoms said in a press release from NC Education Lottery. “I fill up and get one ticket every week.”

Bottoms bought her $10 Hamilton ticket from the Park N Shop on East Main Street in Conway. She scratched the ticket in her car, and immediately called her cousin.

“I had to get someone else to check the ticket,” Bottoms said.

After confirming that she had won, Bottoms kept her ticket close by.

“The ticket went everywhere I went,” she said. “Even to the bathroom and to sleep.”

Bottoms, a warehouse worker, arrived at lottery headquarters on Monday where she had a decision to make. She could choose to receive her prize as an annuity of $50,000 over 20 years or a lump sum of $600,000. She chose the lump-sum amount of $600,000 and, after required state and federal tax withholdings, took home $426,063.

She plans to use her winnings to buy her dream home.

Ticket sales from scratch-off games make it possible for the lottery to raise more than $2.5 million a day on average for education. State grants totaling $50 million, mostly from money raised by the lottery, are helping Northampton County build a new high school.

For details on other ways Northampton County benefits from lottery funds, visit nclottery.com and click on the “Impact” section.