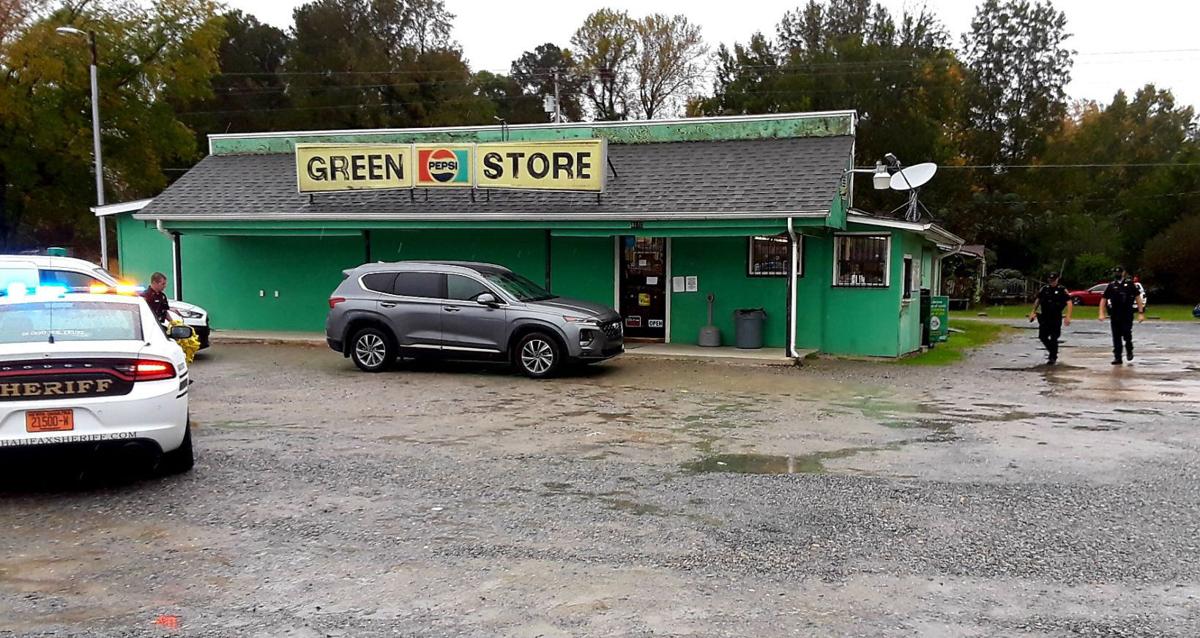 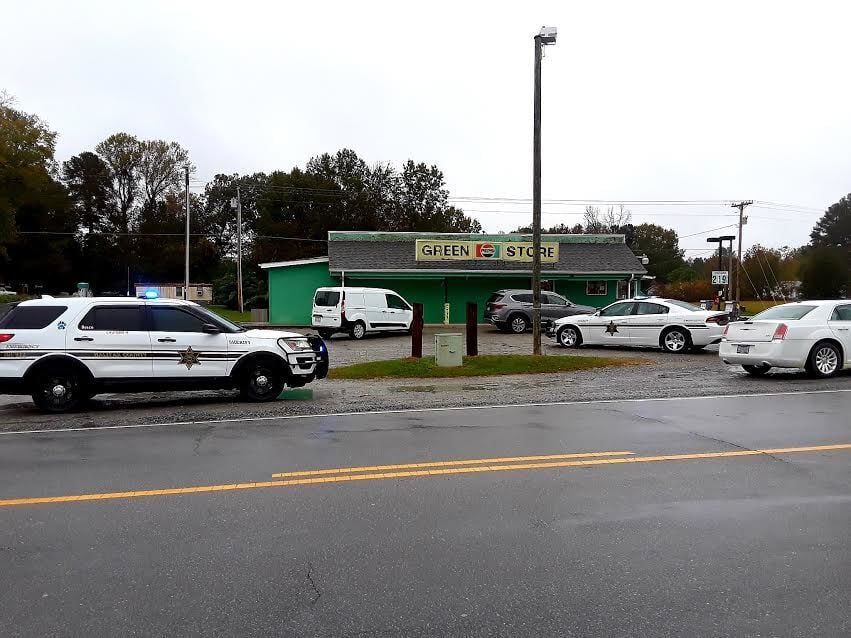 A robbery at the Green Store was investigated on Sunday. 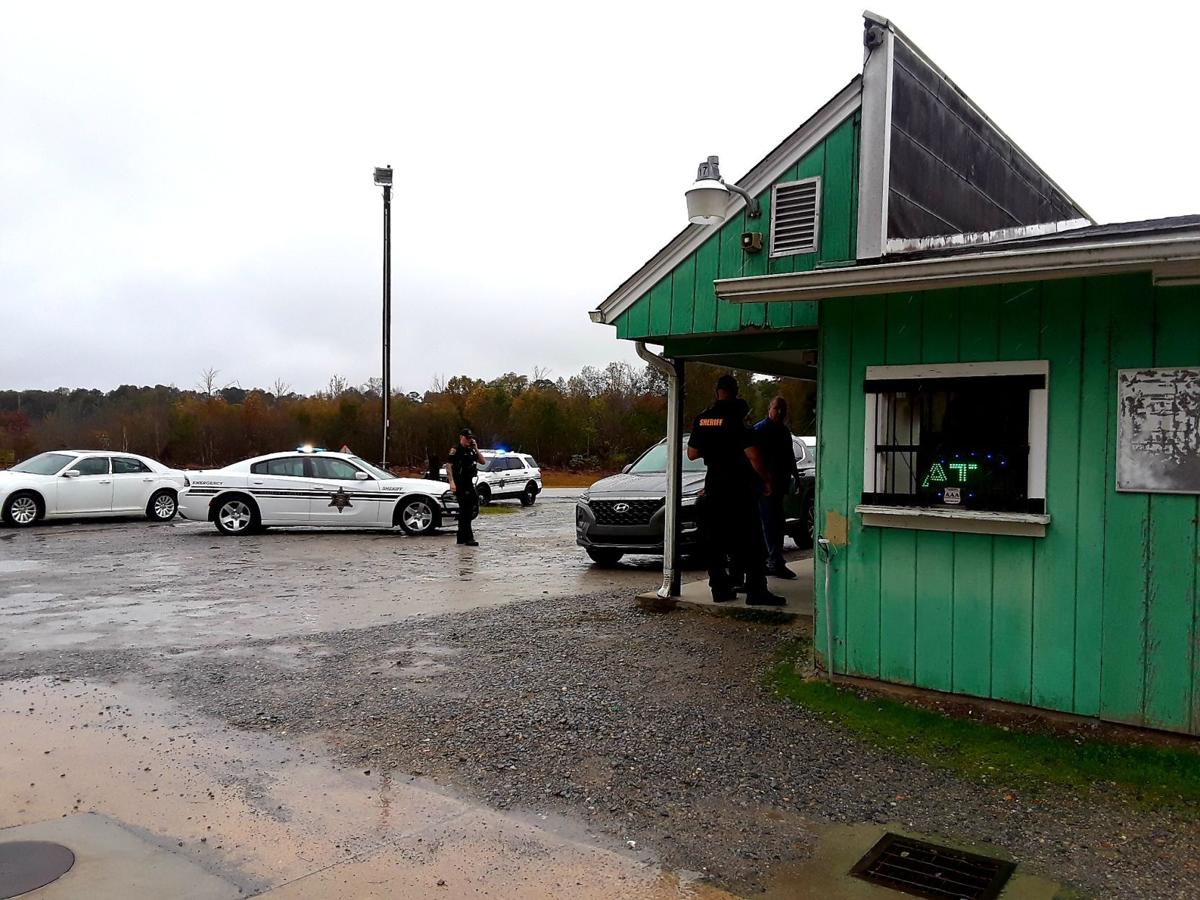 Deputies at the Green Store near Roanoke Rapids. 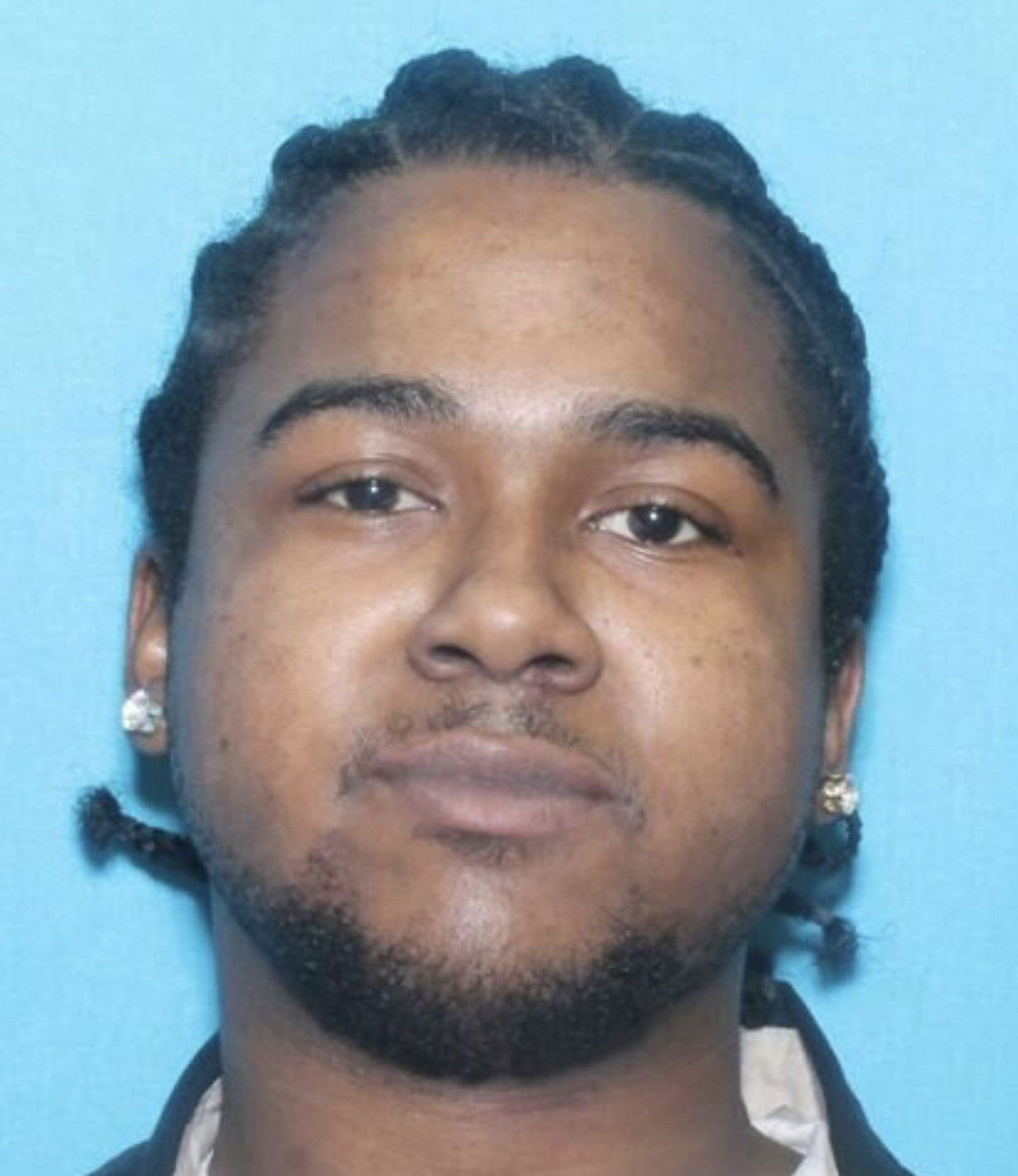 A robbery at the Green Store was investigated on Sunday.

Deputies at the Green Store near Roanoke Rapids.

ROANOKE RAPIDS — On Sunday, deputies with the Halifax County Sheriff’s Office responded to the Green Store regarding an armed robbery.

The robbery at the store, located just outside of Roanoke Rapids off of N.C. Highway 48, happened around 1:30 p.m., according to a press release from the sheriff’s office. Investigation by Lt. Josh Langley and Sgt. Andy Cash led to the identification of the suspect and warrants being obtained on Michael Jermaine Garrett Jr., 23, of Roanoke Rapids, for robbery with a dangerous weapon.

Green Store Manager Pamela Porch said on Monday, she got word around 1:30 Sunday that the robbery had occurred. She went to the store, where the deputies had arrived and taped off the area to investigate.

She said, according to the store’s surveillance tape, the robbery had happened at about 1:25 p.m. The suspect was in the store for less than one minute, she said.

“Our video system shows he was in the very back of the building, waiting for the store to be empty of customers,” Porch said. “He was sitting behind the store, he came up to the front and looked to see if vehicles were up there. He was watching — we could see him pacing going back and forth and back and forth. He parked his vehicle at the church down the road and he walked down here or somebody dropped him off. The thing is, he has prior convictions that haven’t come to court yet.”

Porch said the suspect has not been found.

Once on scene deputies learned the suspect brandished a silver handgun at the clerk, demanded money and fled the store on foot with an undisclosed amount of US currency, the press release reads.

Porch said, the armed robbery occurred during the time of a shift change at the store. The suspect told the clerk to give him all the money, she opened the drawer and he took out the money, while the second shift employee stood in the corner, Porch said.

“It is usually busy then, he caught it right when nobody was in the store,” she said. “With these masks and having to wear them in the store, you never know when someone is going to use that opportunity to do something like that.”

Porch said the suspect did not hurt anyone, but the employees were really shook up.

“The first thing I did was hug them,” she said. “I know you aren’t supposed to hug during this time. He leaned over the counter and showed the gun. How would you feel if the guy was walking past you, and you are thinking he is going to play the lottery or something, and all of a sudden you have a gun pointed in your face? You are not prepared for something like that, but it does happen. Times are tough right now.”

Porch said another robbery happened at the Green Store years ago. She said she was working then, but not in the store during the robbery. Chief Deputy Scott Hall also confirmed the Green Store has been robbed before.

“You have to be able to make a living,” Porch said. “Anywhere you work, things like that can happen no matter where you are. I heard about some robberies in other areas that happened last night. I feel like we have to be aware of our surroundings and pray everything works out alright, and you can come home and be with your family.”

Porch said she has been working on and off at the Green Store since she was 12 years old, and working full time there for the last 23 years. She said the job schedule had allowed her to work around her children’s schedules when they were little.

“I like the customers — it feels like family and home,” she said. “I just hope the sheriff’s department catches him so he won’t be doing this again to someone else.”

Garrett was last seen leaving the store on foot and getting into a white 1998 Chevrolet Suburban with chrome rims wearing a black hoodie and blue jeans, the press release reads. Anyone with knowledge of Garrett’s whereabouts is encouraged to contact the Halifax County Sheriff’s Office at 252-583-8201, Halifax County Crime Stoppers at 252-583-4444 or Crime Stoppers through the P3 tip app.