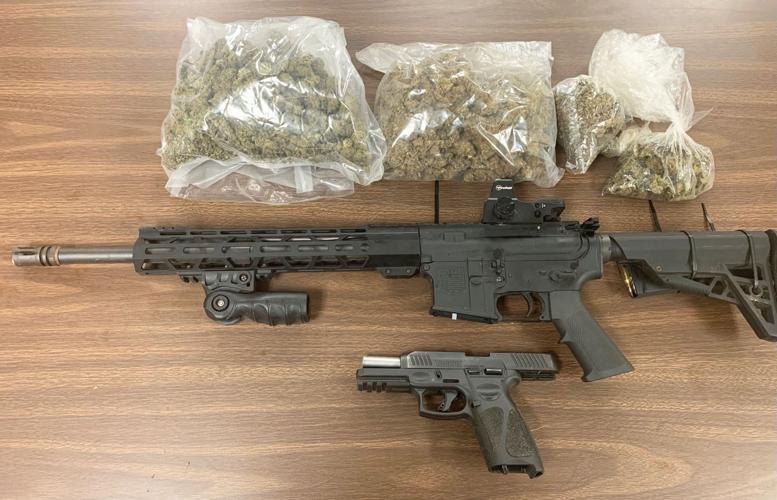 Pictured is evidence collected by the Halifax County Sheriff’s Office from 196 Straight Road in Roanoke Rapids. 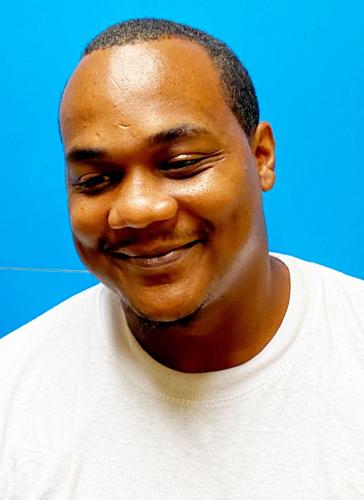 Due to the dangerous nature of serving search warrants for weapons offenses and narcotics violations, members of the Halifax County Sheriff’s Office Hazardous Entry and Arrest Team (H.E.A.T.) assisted with the service of the search warrant, according to a press release from Lt. C. Shane Guyant, public information officer for HCSO.

The search warrant was issued after an investigation by Agent D. Epperson revealed illegal narcotics were being sold and stored at the residence. It was also discovered as part of this investigation that Travis Deonte Purnell, 33, of Roanoke Rapids, was in possession of weapons. Purnell is a convicted felon for 2007 convictions for breaking and/or entering, breaking and/or entering of a motor vehicle, felony conspiracy and financial card theft; as well as a 2019 conviction for possession with intent to sell and deliver marijuana.

During the search, a pistol and rifle were located as well as approximately 15 ounces of marijuana in multiple different baggies. Purnell, who was inside of the residence during the service of the search warrant, was charged with:

• Possession of a firearm by a felon

• Possession with intent to sell/deliver marijuana

• Maintain a dwelling for storage of a controlled substance

Purnell received a $5,000 bond and was placed in Halifax County Detention Center. His court date is scheduled for Aug. 5.