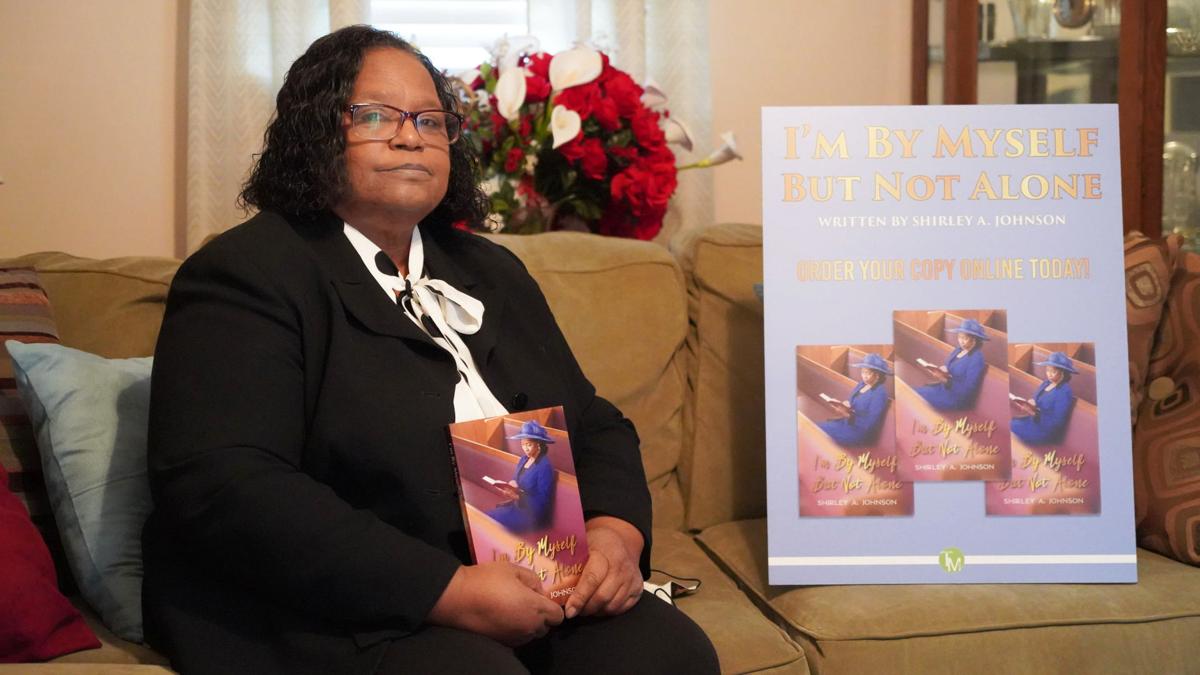 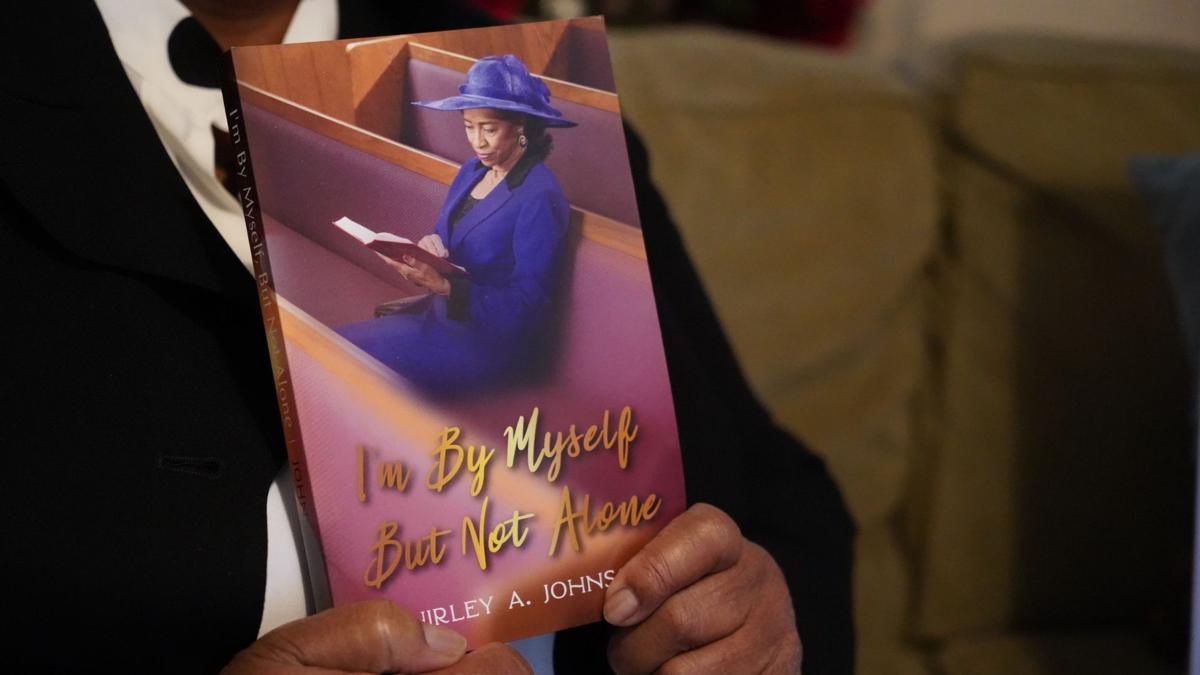 Shirley A. Johnson of Roanoke Rapids showed her first published book, “I’m By Myself But Not Alone.”

Shirley A. Johnson of Roanoke Rapids showed her first published book, “I’m By Myself But Not Alone.”

Author Shirley A. Johnson recently published her first book, “I’m By Myself But Not Alone,” which focuses on faith and today’s society.

“It’s a lifelong dream,” Johnson said. “I’ve always wanted to be an author.”

Johnson said she wants to express her feelings about pain, sorrow and injustice that could affect anybody’s life. Another element of the story is faith, showing how God can and will help anyone through the joys, sadness, togetherness and other aspects of life, she said.

“The targeted audience is all people from all walks of life, because as I see it, hurt and pain seem to not know any boundaries,” Johnson said. “Also, God intended all mankind to be truthful, caring and loving.”

Born and raised in Halifax County, she said she has lived in Roanoke Rapids for nearly 35 years and attended Halifax County Schools. She graduated high school in Enfield, completed her undergraduate studies at Winston-Salem State University and North Carolina Wesleyan College, and received her Master of Education and curriculum development from Virginia State University.

Johnson said she worked as a classroom teacher at Halifax County Schools and as an observer/evaluator for the department of public instruction until she retired in 2008 after 32 years of service. She said she worked as a new teacher/mentor for HCS after retirement and several years later as an education evaluator with the Public Policy Department at the University of N.C. Chapel Hill.

Now, Johnson said she is active at the Woman’s Baptist Home and Foreign Missionary Convention of N.C. and served as an executive board member and co-chairwoman of the Central Children’s Home Year-Round Committee. Among other affiliations, she is also a member of Tillery Chapel Missionary Baptist Church, where she serves as a church clerk, she said.

Johnson said she started the book several years ago, writing chapters on and off, but found the time with her isolation during the COVID-19 pandemic to write regularly and finish within a few months.

“Finding the time to write was a bit of a challenge, but that eventually solved itself — with the pandemic,” she said. “But the book was published with no problems.”

Johnson said her inspiration to write the book was cultivated through her observation and pondering of how people treat each other, treat themselves, act and react with little consequences, and how God intended man to live.

“From my many years of experience as an educator, I know that the best way to get someone to listen and understand is to tell them in a way that is relevant to them,” she said. “So, I used a story to share my thoughts — a story about the life of an everyday ordinary person.”

“Growing up in the ‘60s, it was not easy for a black female,” she said. “Especially during school and college times.”

With her first book published, Johnson said she plans to continue writing and has finished her second book, “In Due Season with Heart and Soul.” She is working on a third titled, “Preached Through the Pandemic.”

“All the books have a theme of God’s grace and mercy fulfilling our lives,” she said. “We just have to listen, be still, and hear His voice. The takeaway, I want the reader to realize that we do not have to fight our battles alone. No matter what happens in our lives, there is no need to be bitter because we can always depend on God to nourish us with love.”