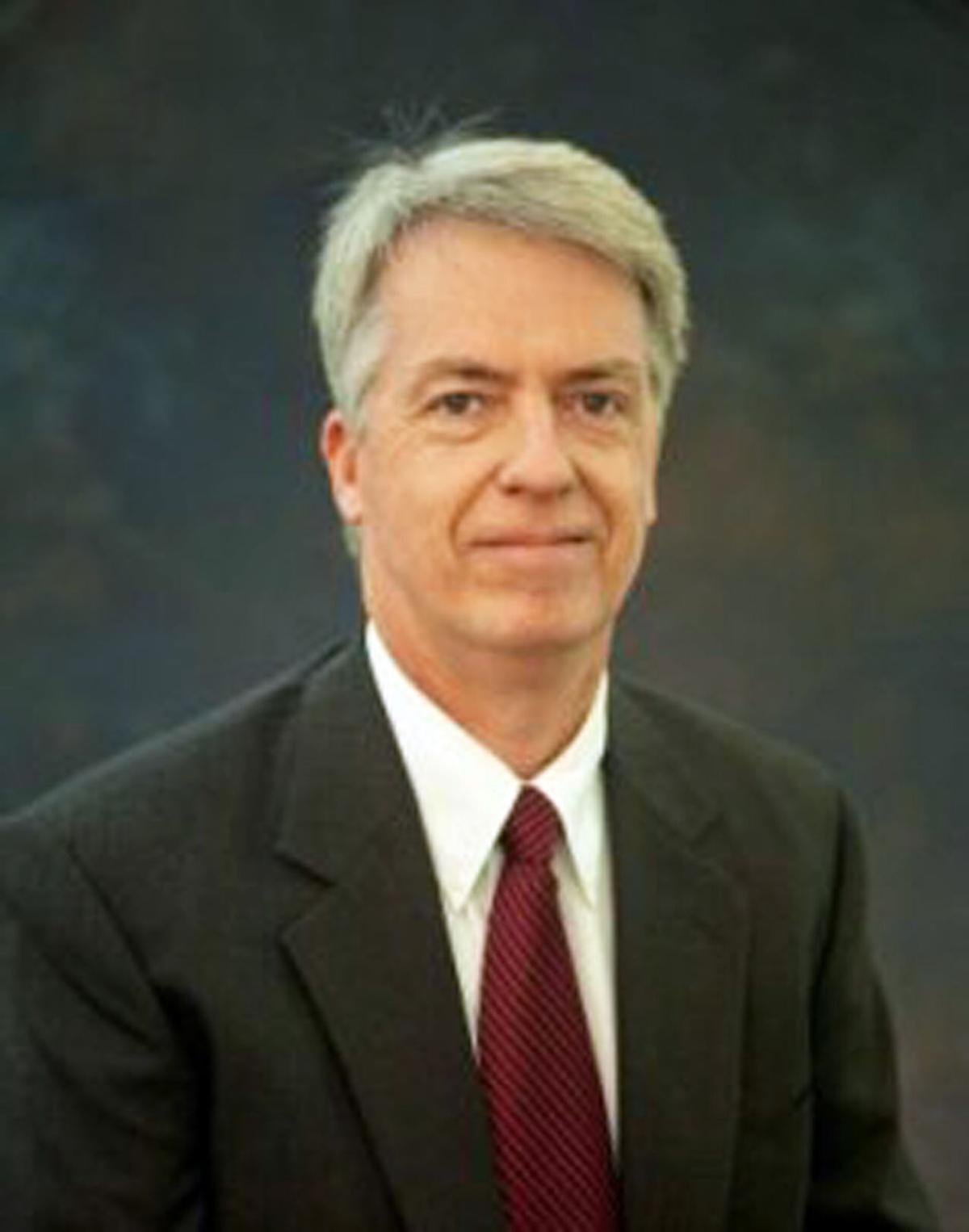 Clyde Johnston is a new Town of Littleton commissioner. 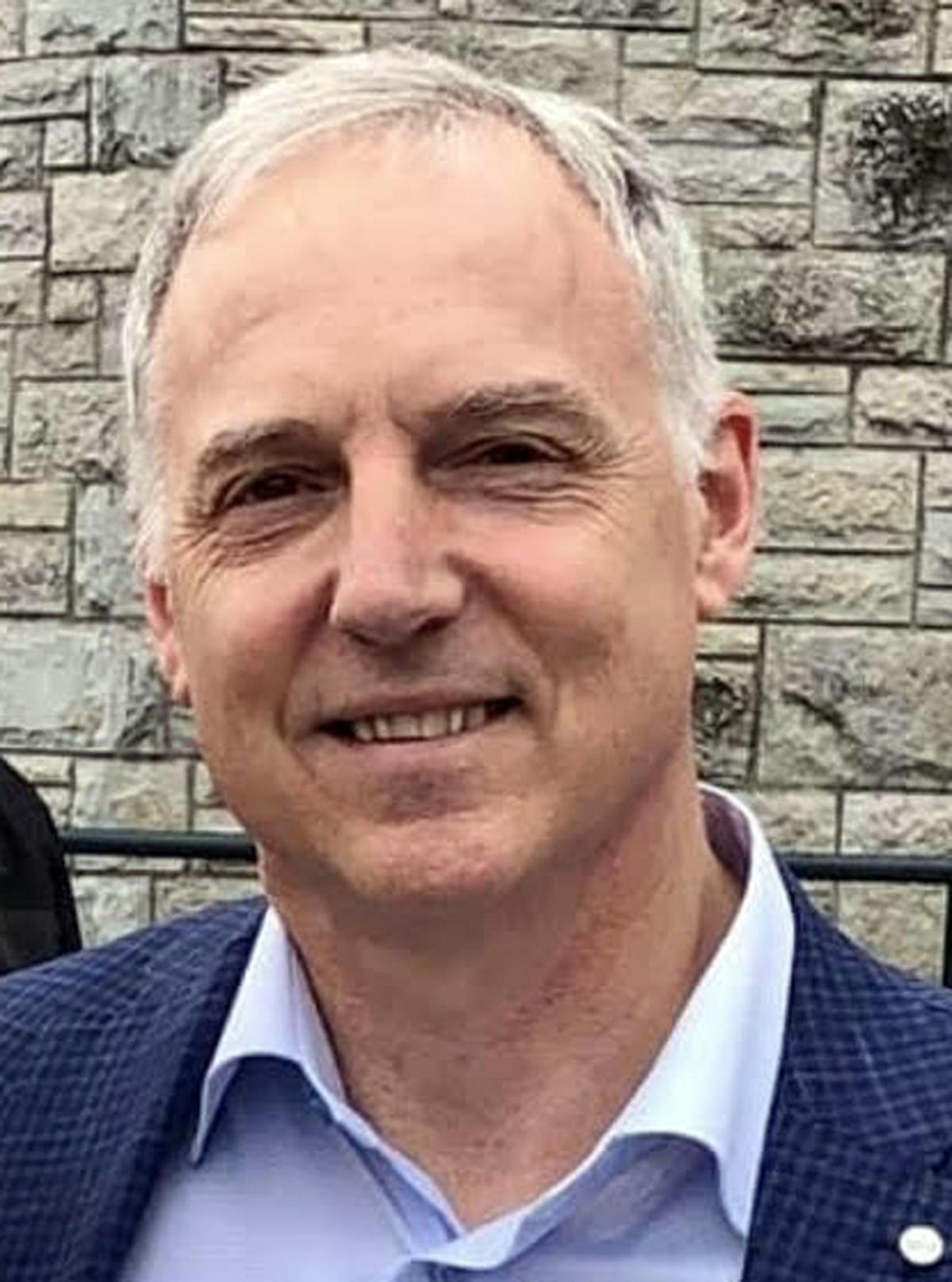 Jim Skilton is a new Town of Littleton commissioner.

During the town’s Board of Commissioners meeting, Jim Skilton and Clyde Johnston became the new commissioners. The choice was made out of four including Keith Hamm and his son, Stephen.

Before a board vote, each candidate was required to make an opening statement and answer some questions. Skilton said he has lived in Littleton for 35 years, is the president of Southern Corrosion Inc. and has worked on the Littleton Board of Adjustment in zoning for about 26 years, now as chairman. He said the town’s development is on the upswing and progressing.

Clyde Johnston said he has lived in Littleton his entire life, is manager of Roanoke Valley Insurance, serves on the Littleton Volunteer Fire Department and is the Planning Board chairman.

“We’ve seen a lot of changes here recently, particularly around Lake Gaston and are benefiting from that growth here in the town,” he said. “We are becoming more attractive to people outside of the area.”

The meeting began with a public hearing for a revision to zoning ordinance 21-001, to prohibit video poker, sweepstakes and similar electronic gaming operations that simulate gambling and other games of chance, effective immediately. If approved, the ordinance does two things.

• Removes the authorization of commercial amusements

• Confirms the enforcement would begin 10 calendar days after adoption

Before the hearing, Littleton attorney Kris Gardner reminded folks that early last year the board had sent out notices of the board’s intent to phase out the gaming machines and inviting the operators of Littleton Tobacco and Laundry and Minit-Check, who operate gaming machines in town, to submit a time they thought was reasonable to recoup some income from the loss of the machines.

During the board of commissioners meeting on Feb. 25, Gardner was in attendance and said it is proper to allow the operators some period of time to recoup whatever they have invested. He had explained this was a continuation of the Jan. 28 meeting, when he said, “Instead of the town just picking a period of time, a year, six months, a month, it is better to speak with the people who could be affected by it, to see what financial impact it may have on them, so this is your opportunity to address the board.”

During the Dec. 15 meeting, the board decided to go forward with an amendment to a zoning ordinance to prohibit video poker sweepstakes and similar electronic gaming operations that simulate gambling and other games of chance, effective immediately.

If passed, it will allow the town to go after gaming machines by banning them from town altogether, Chief Philip Trivette said on Dec. 17.

“This ordinance gives me a lot more to work with and I think the town can finally be rid of the machines,” he said.

Anthony said the town does not have the authority to adopt this regulation, its authority comes from the state through the General Assembly, and even if it did, the short amortization period is unreasonable.

“For both those reasons, the town would be best served in not passing this ordinance,” Anthony said.

Trapp said his client purchased the convenience store with the reliance of using the gaming machines to attract customers, and the ability to do so was written in their lease. Without the machines they would lose tens of thousands of dollars, he said.

“If the board agrees to amortize, the time and the loss needs to be addressed,” Trapp said.

Gardner again said the town requested the financial information about a year ago and again in December.

“The town would really appreciate having as much information as possible,” he said. “The sooner you get that to us would be appreciated.”

After the hearing, Mayor K. Owen Scott said the item was tabled and would be discussed later in closed session.

In other news, the CloudWyze agreement to place telecommunications equipment on the water tower was discussed. CloudWyze is an internet service provider in Wilmington.

During a meeting in February, the company’s business development manager, Chris Utesch, presented a proposal for the town. During that meeting he said the company will install a wireless corral mount on top of the water tower to hook up everything, “and at the bottom we will bring in power and fiber to take it up to the top to transmit it to other towers as well as residences and businesses.”

According to Utesch, the $2.8M funding comes from the Growing Rural Economies with Access to Technology grant of $1.48M and $800,000 from CloudWyze to deliver speeds at greater than 25Mbps downlad/3Mbps upload, to Halifax and Northampton counties.

Gardner said several issues have arisen making it impractical to place the company’s equipment on the tower.

“The town can’t provide any reasonable consent based on the recommendation — if that is the case — the town will need to notify CloudWyze they can’t locate their equipment on the tower,” he said.

Skilton said after looking at the agreement between the town and CloudWyze, the issue is the company does not have any plans.

“In the CloudWyze agreement it has an exhibit C which shows a picture,” he said. “That is not plans.”

Mayor Scott said they will hold off until the company provides the plans to install the equipment on the tower. Finance Commissioner Lynn Moseley asked if there is a legal agreement. Gardner said the agreement has been entered, but the town has the final approval of the construction plans.

Further in internet news, the board approved Spectrum Internet to provide internet to the town, the library and the police department. Trivette said their speeds are a lot faster.

“And having them would really improve what I am doing with the department,” he said. “Ellen has a lot of issues with CenturyLink — we both do.”

The 500 Mbps speed is about $60 a month, very similar to the cost of CenturyLink, Trivette said. Moseley said the quality of service would be a lot better.

The approval is to switch to Spectrum Internet, at 500 Mbps for five years, and an installation fee not to exceed $500, for all three locations.

In other news, Lea Beasley deserves a solid high-five from a distance, Scott said. She has worked for several months on obtaining a grant from the N.C. Department of Transportation on behalf of the Greater Littleton Development Partnership for the town.

Scott read a letter from the N.C. Department of Transportation’s Bryan Lopez, transportation planner, awarding the town a Bicycle and Pedestrian Planning Grant. The amount will be specified within the Municipal Reimbursement Agreement, the letter states, with more specific instructions forthcoming.

With a concern, Moseley asked if it will be constructed on the old railroad bed in town.

“We have a problem every weekend,” he said. “We have a crowd of 4-wheelers and ATVs storming into town like a wild west stampede. We will have to address that.”

Trivette said the only ordinance that will apply to them is traveling on the sidewalks.

“They are going through parking lots, up the sidewalks — one of them wrecked Sunday in the parking lot at Robinson’s Funeral Home — they go everywhere,” he said.

Trivette suggested the board look at an ordinance that would ban any off-road vehicle in the city limits that is not registered, titled and insured with the state, with a provision they may be used during such events as parades.

“I’m afraid if we don’t try and do something, it could be a crash or fatality,” he said.

Street Commissioner Stephen Barcelo added during the town’s Christmas tree lighting event, “a whole army of those quads came through.” He said they were oblivious to people being around and they were tearing up signs. Gardner said he would prepare something for the board to consider at the next meeting.

The board also approved a request from Barcelo to set up a GoFundMe to raise funds and eventually purchase security cameras on downtown Main Street. The page is awaiting a quote from Trivette for the cameras.

“People are very concerned about the security and don’t want their names involved,” Barcelo said. “Other towns have done it. If this works, it may be another way to bring some funding in for projects in town.”

On a geography note, an approval came from the board to digitize the town maps. According to Ellen Eller, clerk/finance officer, the maps date back to the early 1900s. Digitizing them will prevent folks from handling them, she said.

“They were in our vault,” she said.

The board approved a quote from Duncan & Parnell out of Rocky Mount to scan 30 maps burned to a USB drive for $64.05.

Also, Water/Sewer Commissioner Ophelia Gould-Faison announced the Martin Luther King Jr. Parade has been canceled due to COVID-19.The board also approved new meeting dates of the second and fourth Mondays of each month at 6:30 p.m. until further notice.

Finally the board went into closed session to consult with the attorney and to discuss personnel. The outcome was to give Rhonda Bobbitt, assistant town clerk, a raise.