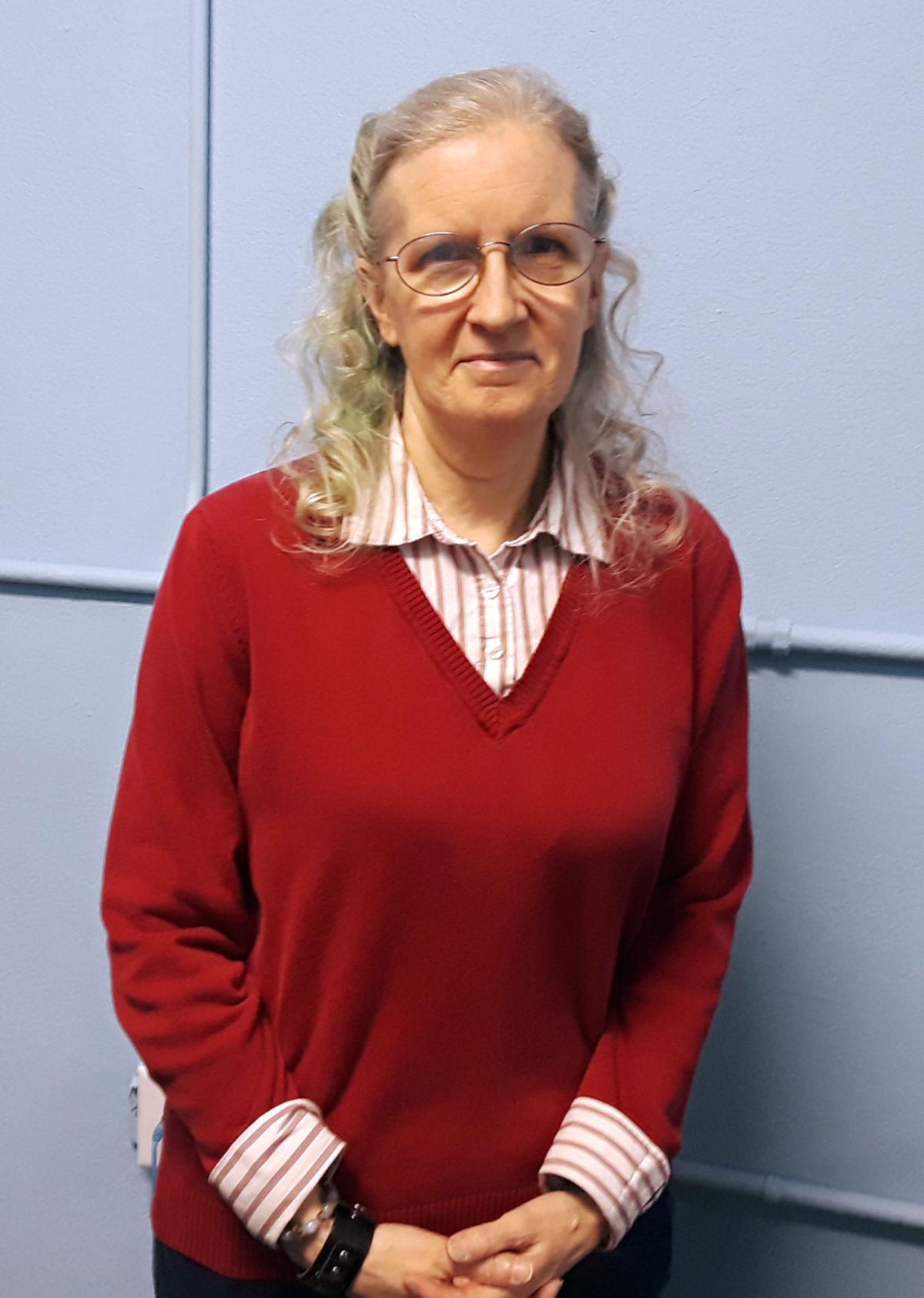 Roanoke Rapids author Leslie Harder’s third book, “Mourning Devotions: Grieving God’s Way,” was released Feb. 10, exploring the facets of grief and how to experience them in a way that deepens one’s relationship with God. 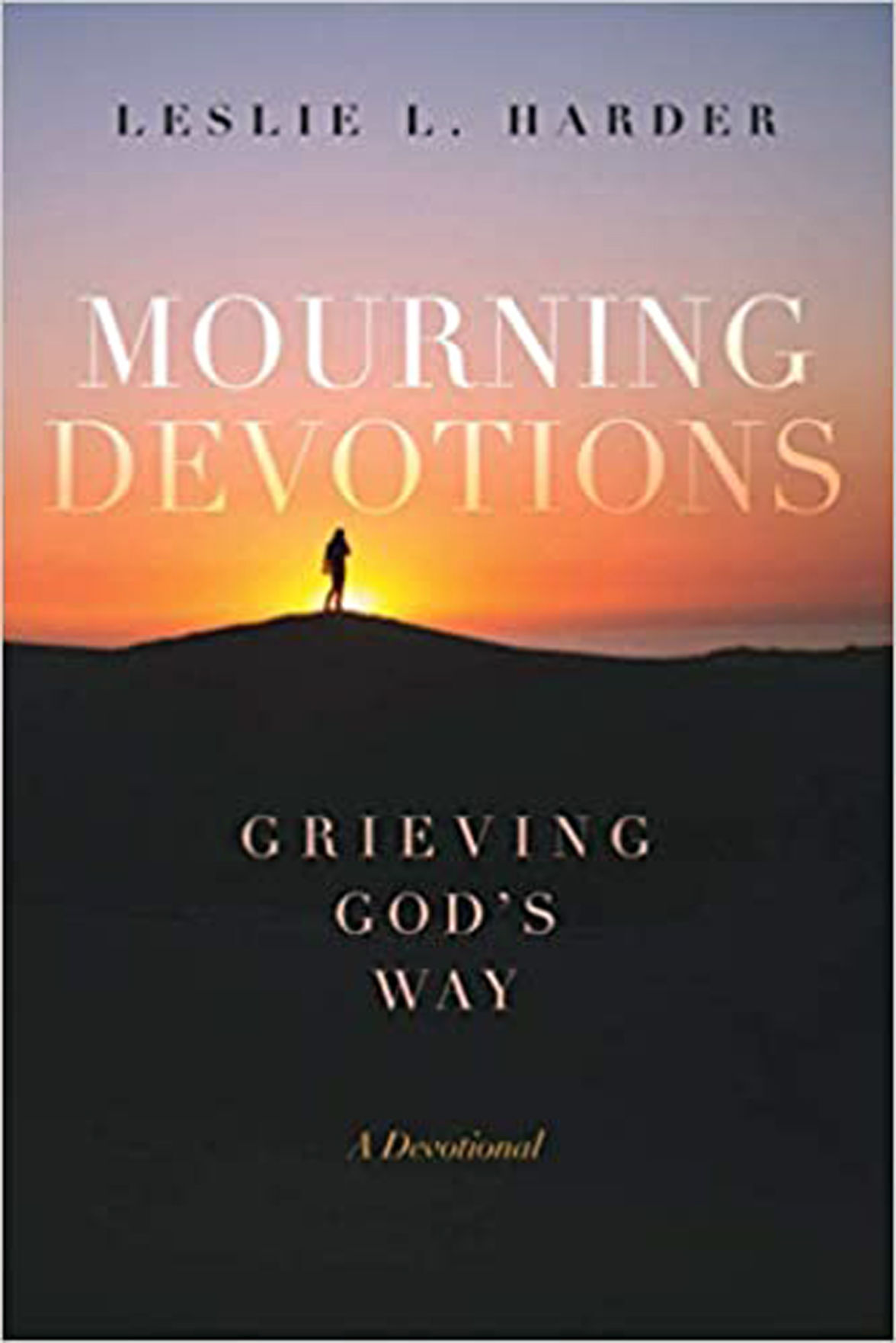 Leslie Harder’s books are available on Amazon, at the Christian Bookstore in Roanoke Rapids, and at Valley Community Church in Weldon. This is the author’s third book.

Roanoke Rapids author Leslie Harder’s third book, “Mourning Devotions: Grieving God’s Way,” was released Feb. 10, exploring the facets of grief and how to experience them in a way that deepens one’s relationship with God.

Leslie Harder’s books are available on Amazon, at the Christian Bookstore in Roanoke Rapids, and at Valley Community Church in Weldon. This is the author’s third book.

ROANOKE RAPIDS — “Grief can be such a strong force in your life — if you’re not careful it can suck you under really quick, and I want to encourage people there is hope — help you can get through it.”

These are the words of author Leslie Harder, her third book, “Mourning Devotions: Grieving God’s Way,” was released Feb. 10, exploring the facets of grief and how to experience them in a way that deepens one’s relationship with God.

“I felt maybe there is a need out there for everybody to understand, and God-forbid that you should ever enter this valley to understand some of what we go through on a day-by-day basis,” she said.

Harder is no stranger to grief, as her son, Wil Hotalen, died an unexpected death Aug. 23, 2016, at age 32, of an undiagnosed blood clot while working alone in his home office. A memorial Facebook page exists, “We Miss You Wil Hotalen.“ He died just five days after the death of her mother, Elizabeth Lamm.

Harder’s first book, “Joy in the Mourning,” published in 2018, was all about the first year without her son — what it was like to survive those milestones, such as birthdays. When she reached the end of the year, God was still working in such miraculous ways, she said.

And while Harder was writing, her stepdaughter, Sherrie, got sick and died in 2018 at age 50, whose story will be told in a future book, Harder said.

“Mourning Devotions” came from Harder’s wish that someone had given her a small pamphlet, something she could grasp onto when her son had died.

“Because there is no road map for this — nobody expects to take the journey that our family has twice,” she said. “I don’t think I’ve ever seen anything that spoke directly to grief like that. There are devotionals, but it’s written from my perspective — a child loss perspective.”

Harder said she was looking into valleys — she attends Valley Community Church in Weldon, she lives in the Roanoke Valley.

When asked if she has received any feedback about her books, she said there are some comments on Amazon.com and some come in person. Two years after speaking during a grief group and giving the participants copies of her first book, a man visited Harder. It happened to be on the fourth anniversary of her son’s death, in August.

“I was in church, it was a Sunday and it was a tough day,” Harder said. “I sign at the church and I was at the front. It was the second or third service and I thought, ‘Lord, I don’t know how much more I’ve got left in me.’ A gentleman came up to the front. He said, ‘You probably don’t remember me.’

He told Harder he was in that grief class and wanted to come and tell her he had read her book three times.

“I looked at him and I said, ‘This is the anniversary of the day my son died,” Harder said. “He said, ‘Yeah, but you know he’s in a better place.’ And he can say that from a point of experience, and I know it’s genuine. It’s to comfort me, to encourage me to know it’s going to be alright.”

Harder said she is spreading the word and trying to do what God has told her to do, to share the story He has given her.

“You have to trust God,” she said. “My son died on a Tuesday, and I was in church that following Sunday, and the first song they sang was ‘Good Good Father.’ You’re telling God You’re a good, good father. I’m standing there, lost my son five days ago thinking, ‘I don’t know if I can do this and mean it.’

“The only perspective that you can get from it — when William was a small baby, he hit his head and split his eyebrow, and we had to take him to the emergency room to stitch his eyebrow shut. I remember him screaming bloody murder, and I’m holding him down while they are doing this, and there was no way on earth at that age he was ever going to understand that the pain being inflicted had a purpose.

“Pain has a purpose — it’s not fun. We live in a fallen world. Death wasn’t meant to be part of it, that was brought in by sin in the garden and it hurts. But if you just reach out to God and ask Him, ‘Help me through this,’ and you can watch Him work. I’ve watched Him work. It’s just amazing to see the things that happen and the things that have worked together, and if you have a strong faith in God, you can hold on to Him through anything.”

Harder also extends gratitude to the support of her church family.

“The way God ministers to me is through other people who have experienced it themselves,” she said. “They turned and shared with me the comfort they have been given and that’s what we do, we reach out to them.

“The biggest piece of advice is one step at a time. You stand on this precipice and you look at this huge valley and you think, ‘I am never going to survive this, I don’t even know how I’m breathing, I don’t know why my heart’s still beating. Take it one minute, one second, one breath at a time. Don’t worry about the rest of it, it will all come out eventually. At the moment of impact, it’s all you can do is just hold onto God and move forward at your own pace.”

Harder’s writings have been shared on The Compassionate Friends blog, at bit.ly/2Pubn7d, and the TapsBugler website, tapsbugler.com/joy-in-the-mourning. Harder was also a guest author on Casey Hawley’s blog, available at bit.ly/2PMQoMP, and in Hawley’s book, “52 Weekly Devotionals from Everyday Truth.”

Harder’s books are available on Amazon, at the Christian Bookstore in Roanoke Rapids, and at Valley Community Church in Weldon.