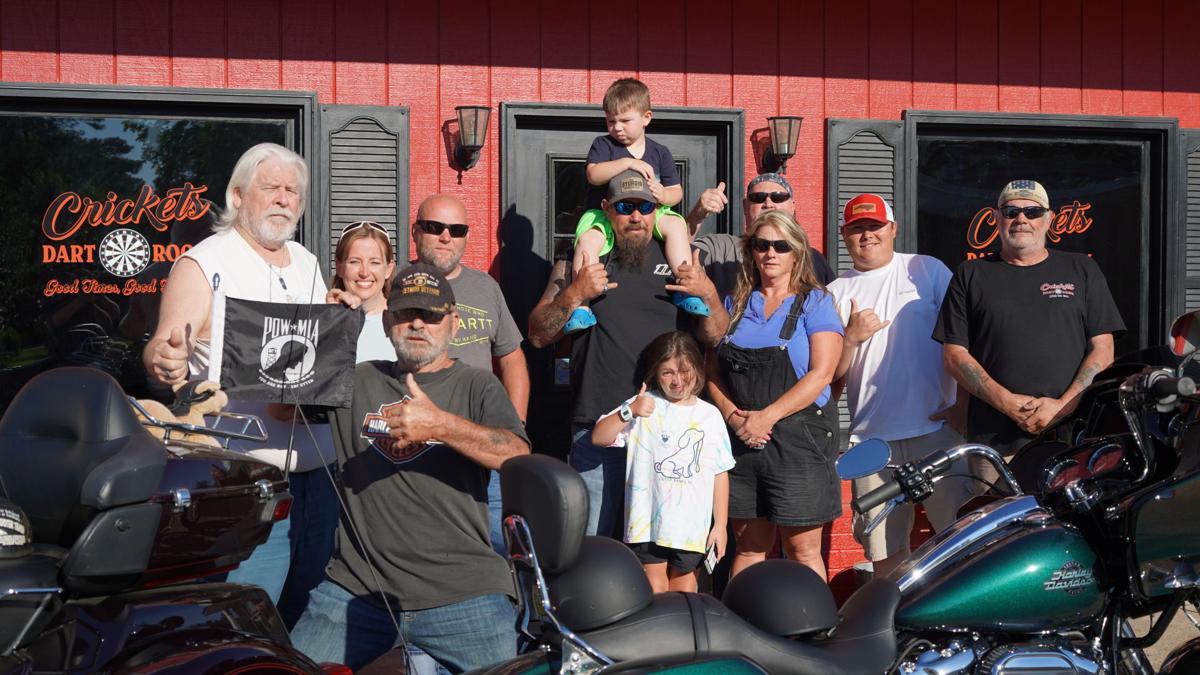 Members of Crickets Dart Room and others plan to join together on Saturday to ride in remembrance of those who lost their lives. 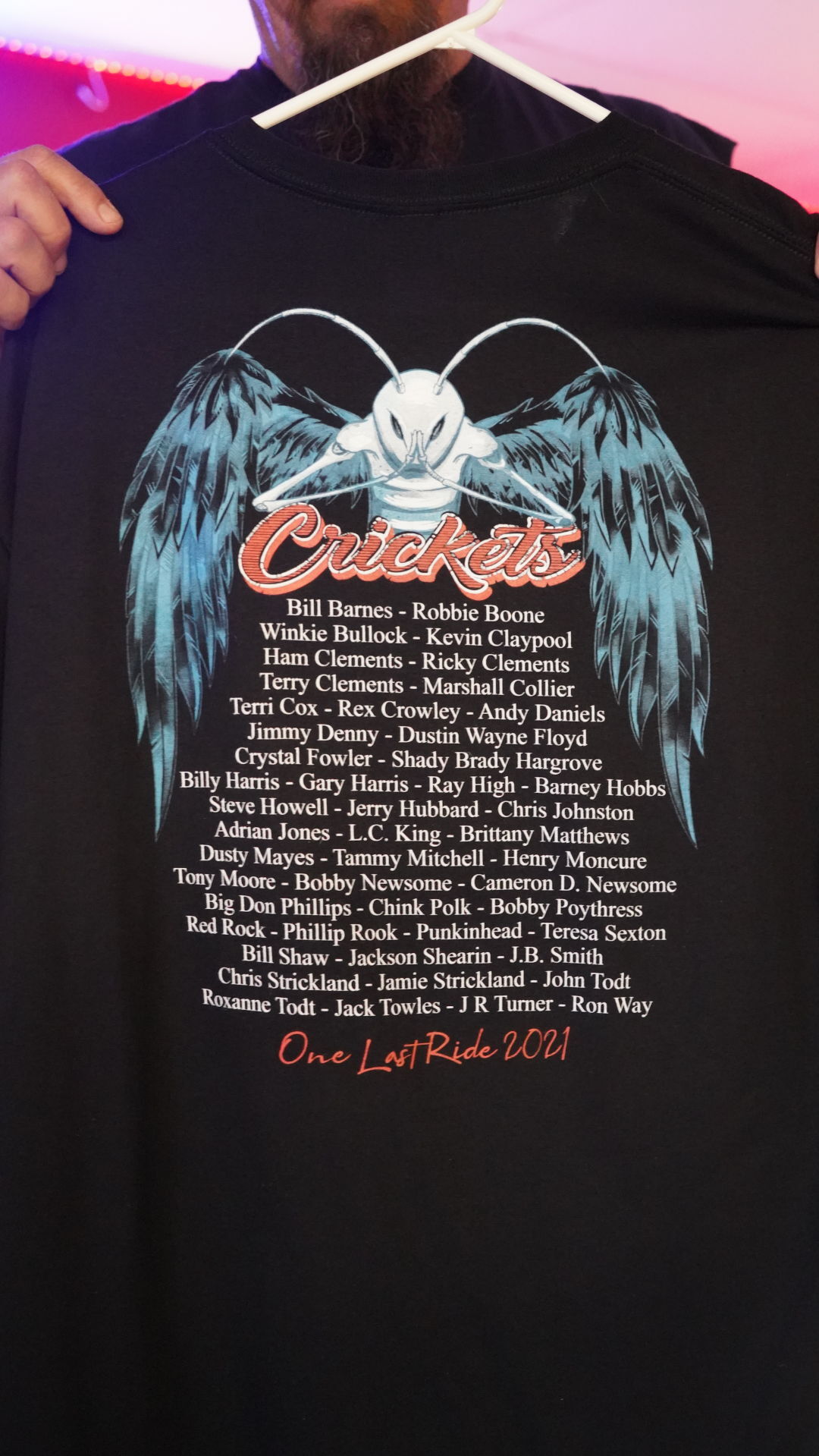 A “One Last Ride 2021” T-shirt has the names of friends and family who lost their lives listed on the back. 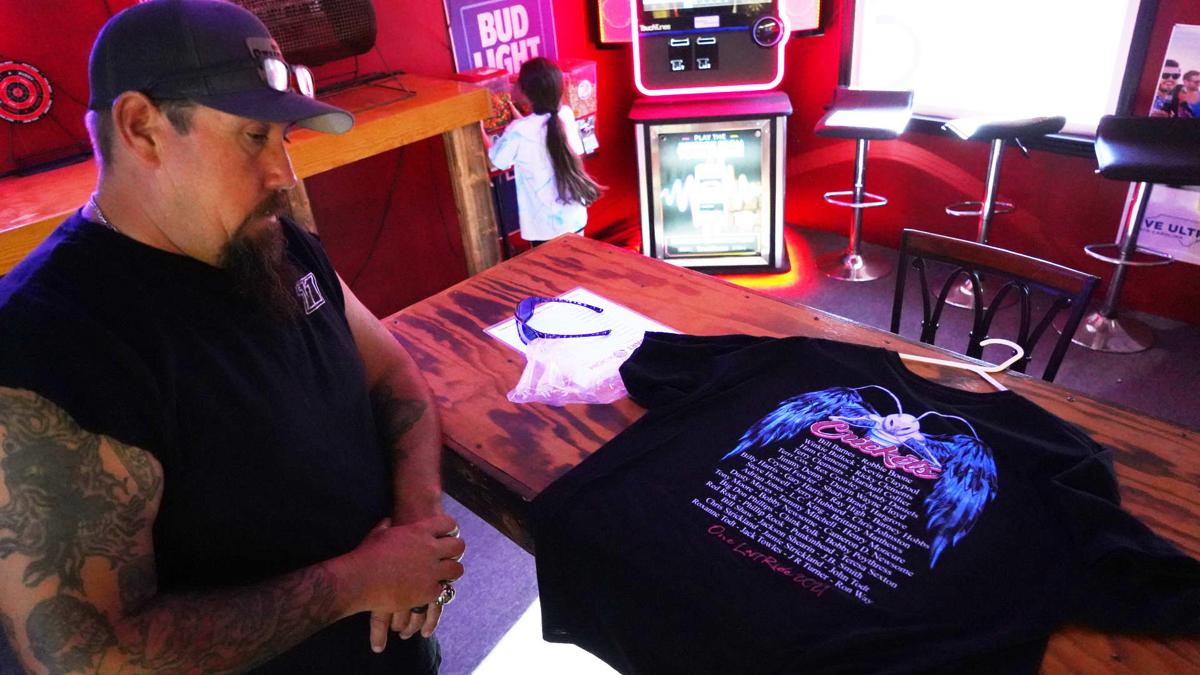 Tony Floyd, owner of Crickets Dart Room, looked over the names on the ‘One Last Ride 2021’ T-shirt of those who lost their lives. 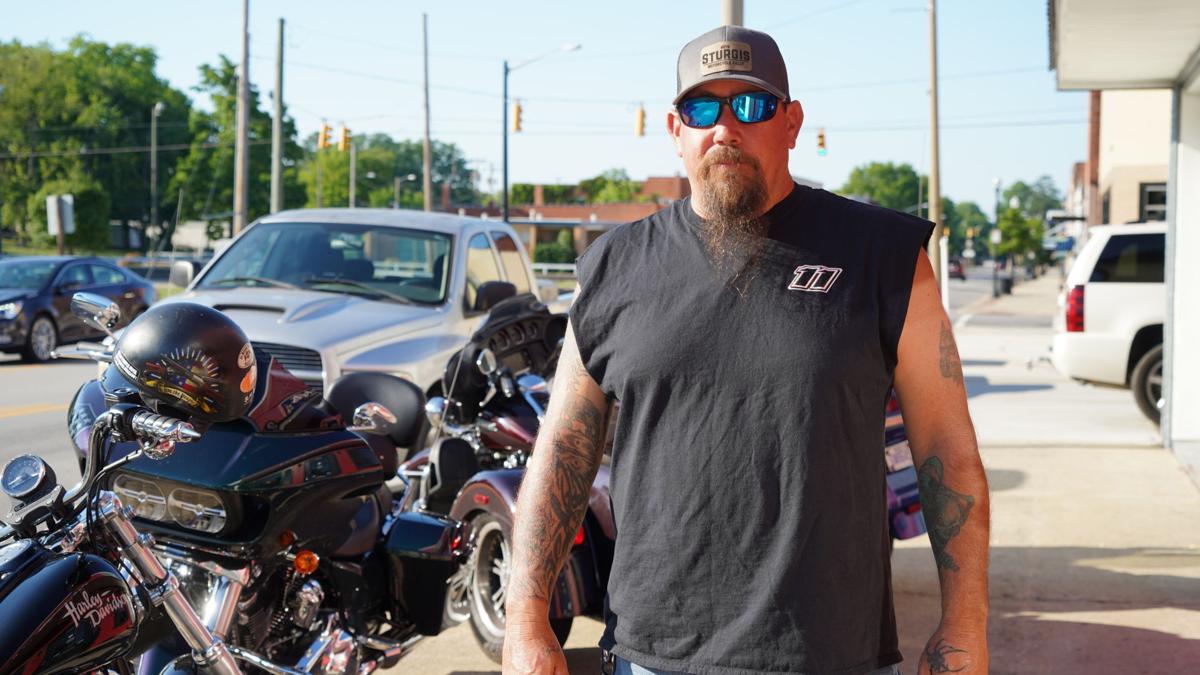 Owner Tony Floyd of Crickets Dart Room is sponsoring a motorcycle ride, by barbecuing and providing a place for fellowship for riders.

Members of Crickets Dart Room and others plan to join together on Saturday to ride in remembrance of those who lost their lives.

A “One Last Ride 2021” T-shirt has the names of friends and family who lost their lives listed on the back.

Tony Floyd, owner of Crickets Dart Room, looked over the names on the ‘One Last Ride 2021’ T-shirt of those who lost their lives.

Owner Tony Floyd of Crickets Dart Room is sponsoring a motorcycle ride, by barbecuing and providing a place for fellowship for riders.

A “Fallen Brothers Ride” will honor the names of friends, family and others with a motorcycle ride and fellowship on Saturday.

“It’s for all the fallen brothers and sisters that we knew throughout the years that’s been in accidents, fell on bad times and went away from here,” Floyd said. “We do this all the time, but this is the first time we’re doing it for them.”

Dickens said it is something he has always wanted to do as a way to remember the ones they used to ride with.

“I had come up with an idea doing a ride for a friend that had passed away last year,” he said.

In wanting to do more for the fallen, Dickens said he compiled a list of names, which was more than he thought.

“The names kept piling of those who were no longer with us,” he said.

Dickens said he wanted to do the traditional bike ride where they stop to fellowship and eat and move to the next location. That was when he reached out to Floyd to ask if he would open up his business on that day to ride.

Floyd said he would like to sponsor the event by barbecuing at Crickets to feed all of the riders when they return.

“We’re going to feed all them, hang out and fellowship,” he said. “Talk about the ones that are not here with us no more. One final ride.”

Floyd said it is not just about those who rode motorcycles, but anybody who was close to someone who died.

“It’s just for guys that we lost, friends and buddies throughout the years that aren’t here with us anymore,” he said. “Just to bring them up and talk about them. A lot of them have been forgotten about, and a lot for them meant a lot to us. We are just going to try and do it every year.”

A T-shirt titled “One Last Ride 2021” lists the names of the individuals who the ride is for on the back.

Floyd said his son, Dustin Wayne Floyd, is among them.

He said he lost his son two-and-one-half years ago in an accident. However, there are others on the list that other people have known and grew up with, Floyd said.

“There’s a bunch of them that got killed in motorcycle wrecks and people we grew up with and known our whole life,” he said. “And there are some who didn’t get killed in a motorcycle accident.”

Wesley Casney Johnston, a member of Crickets, said he has been riding for 15 years, with this ride being his third to honor people. Johnston was asked if there was someone in the list that was close to him.

Johnston said he was riding with Jones the day he lost his life after he was struck by a truck traveling on N.C. Highway 158 on July 7.

“A real good buddy of mine,” he said. “My momma raised the boy and he was considered my brother. Oh yes it does and I mean it hits home good home for me. My momma had 17 young ones, but he was the extra one.

“He wasn’t the only one,” he said. “There were a lot more my momma raised, but hey, she was a good caring woman. It’s for all of them.”

Dickens said another piece of inspiration for the event came from the lyrics, “If I leave here tomorrow, would you still remember me?” from the song “Free Bird” by Lynyrd Skynyrd.

“This is a way to keep the ones that have gone — that we just keep on remembering and that we’re not going to say because they’re not here no more that we don’t think about them,” he said.

Floyd said everyone will stage and leave Crickets about 10 a.m. on Saturday, ride to Kerr Dam, be gone for a couple of hours and return to Crickets.

“Everybody is welcome — free food, music, it’s going to be an all-day event,” he said. “They can come ride or come hang out here or do whatever. We’re going to feed everybody.”