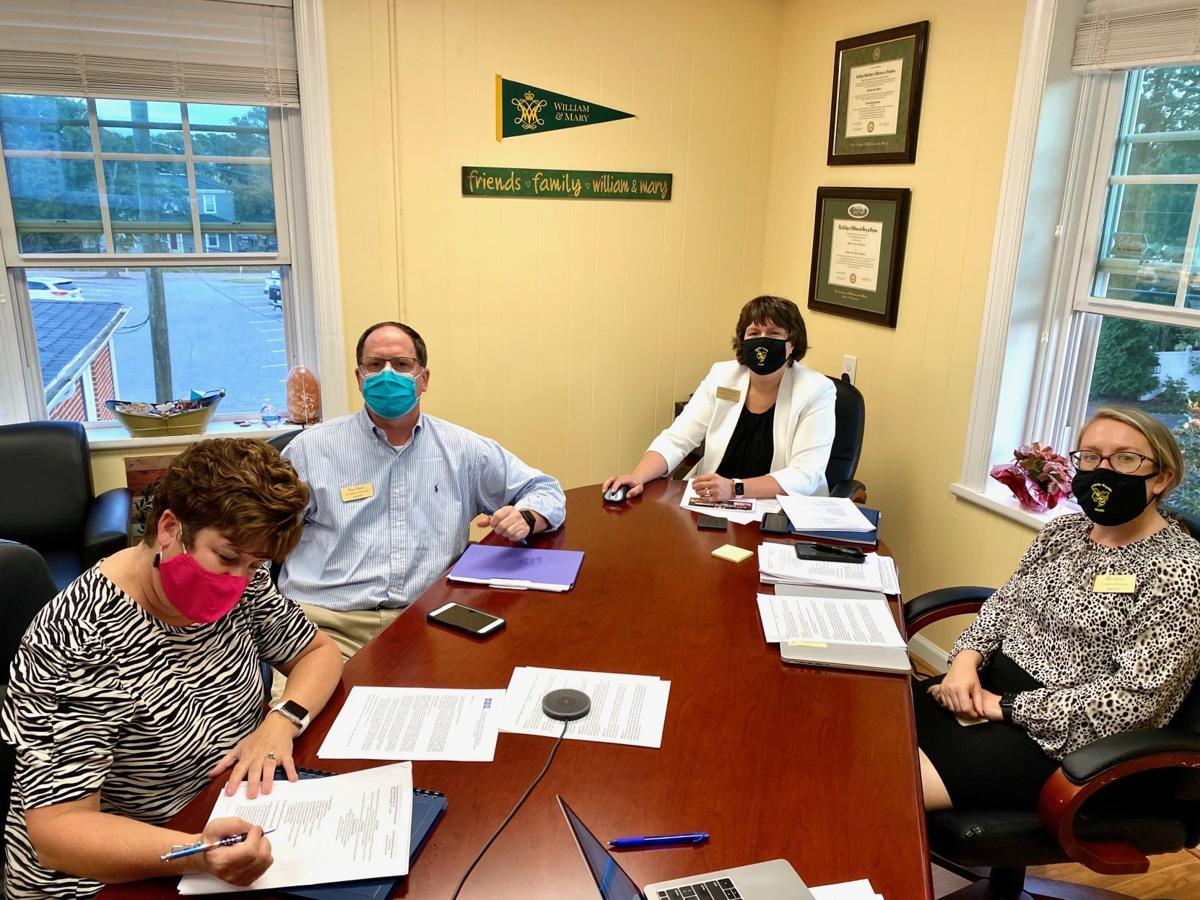 The Roanoke Rapids Graded School District Board of Trustees did not approve the superintendent’s recommendation to allow grades 6-12 students to move under Plan B.

Re-entry for pre-K through 5 was approved under Plan A on Sept. 29 after Gov. Roy Cooper announced on Sept. 17 to allow lower grades to attend school under the plan.

Since then, pre-K and kindergarten returned to school on Oct. 5, grades one and two on Oct. 12 and grades three through five on Tuesday.

Parents and students had the option to remain in virtual learning.

“We listened to our parents and students and developed what we felt was a feasible recommendation,” Superintendent Dain Butler said in a press release after Tuesday’s meeting. “We will stay in Plan C in middle, high school, and at the Early College for right now with hopes that the state will lift some of the restrictions we are currently under for those grades. As always, my staff will adhere to the decisions decided on by the Board of Trustees.”

Prior to the vote, the RRGSD administration gave an update on the district’s status with COVID-19 incidents.

Public Information Officer Les Atkins said the Halifax County Health Department reported 1,282 total positive COVID-19 cases in the county, with 13 new positive cases reported since Monday. Atkins also said there were 25 COVID-19 related deaths. He noted in the recent graph from the health department that there was an increase in the trend of COVID-19 cases. Atkins also showed a slide displaying a total number of 11 staff members and 40 students who are quarantined.

“Of the 11 staff members, two drive our school buses,” he said. “Of the 40 students, 16 students were in one classroom that experienced a classroom quarantine at the direction of the Halifax County Health Department and in following regulations set forth with the Strong Schools document issued by the North Carolina Department of Health and Human Services.”

The rest of the report from the administrative staff presented more information on the re-entry Plan B for the upper grades.

Vice-Chairwoman Valencia Davis expressed concern in light of the rising COVID-19 cases in the county.

Butler addressed the question and told Davis that the administrative staff will always have concerns.

“I know that a student incident occurred yesterday — that certainly puts our feelers up, and it becomes more personal,” he said. “The math to me shows that incidents that are positive are very minimal. As I said last week, one death — one positive is too many, but if not now and then when, you have that option. You can approve Plan B as presented, you can wait and say January when we come back from winter break and stay in Plan C. So, those are your options.”

Butler said he thinks it is time for the middle school and high school students to return under Plan B.

“I do not care for Plan B as much as Plan A because of the stress it puts on staff and our families,” he said. “But it’s the only option we have right now. With that being said, I think we are prepared to roll it out.”

Butler went on to say that the final decision rests with the board members.

“But if you’re asking me if I have concerns, I’ve had concerns every day,” he said. “But I do think this is the best plan right now for our kids, our staff and our parents in the community and our economy. That’s the best I can answer that.”

Davis clarified and wanted to know more specifics on what other staff members and parents feel and what number it would take to change the school administration’s mind.

“So, in other words, we have one student right now that tested positive, how many will it take to stop and say, ‘OK, maybe we need to re-think some things?” she asked.

Butler said if the district experienced a cluster, which is considered five or more students in an area, the school would need to shut down. He went on to say that the administration has received positive feedback from most parents.

He then turned it over to the administrative staff to give their input.

“As Dr. Butler said, thankfully, the number of positive cases at this point is much much smaller as the number of incidents we have to deal with, but it still involves time to contact trace,” Thompson said.

The discussion on the topic carried on and included time spent in the classrooms for students as well as changing classrooms.

Board member Mike Williams made a motion to approve the Plan B recommendation, and board member Joey Briggs seconded it. The other board members cast dissenting votes.