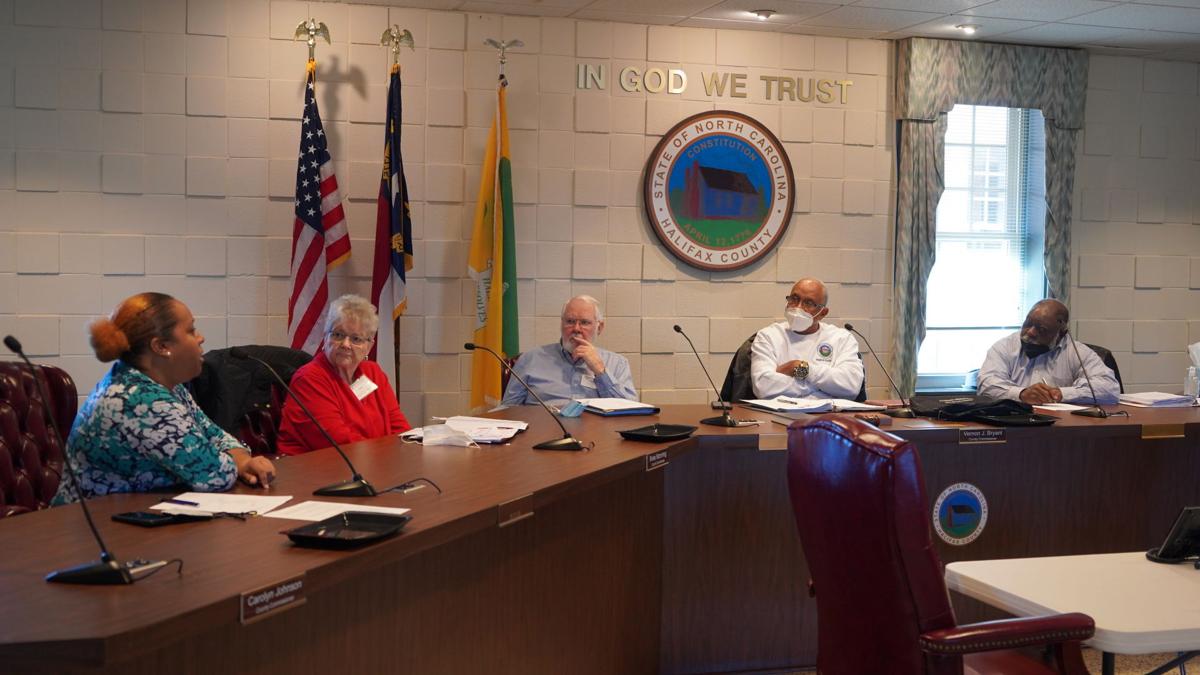 The Halifax County Board of Elections members and staff met on Tuesday. 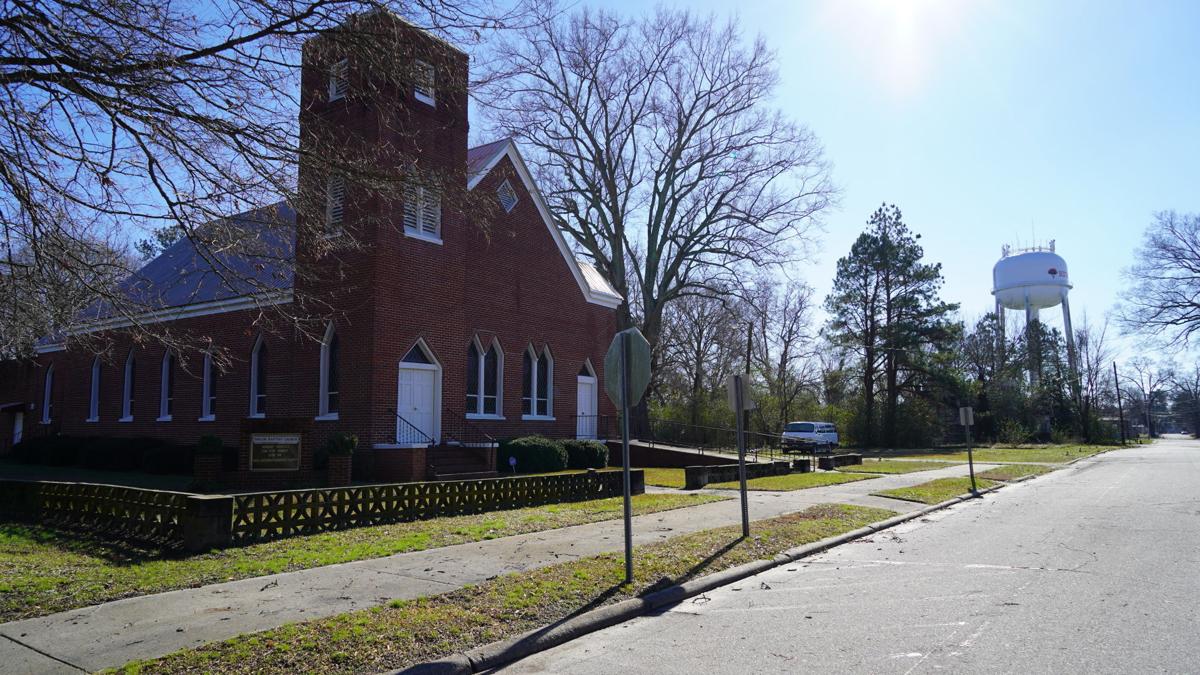 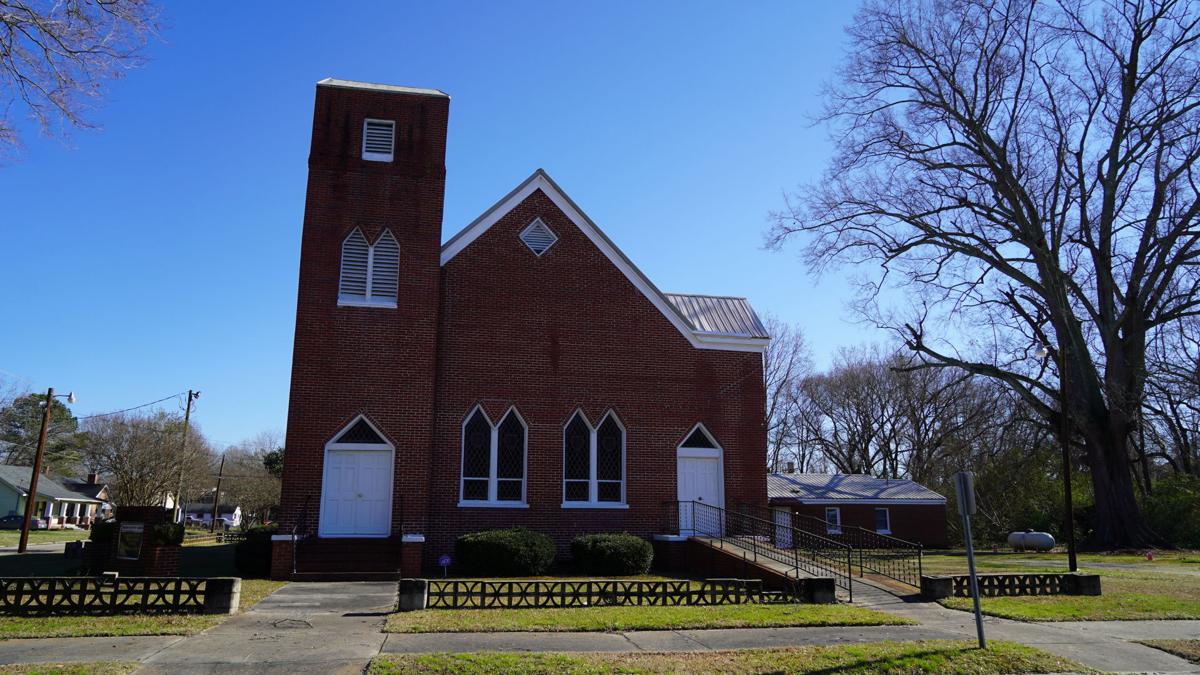 Pictured is Shiloh Baptist Church, which will be used for One-Stop Voting in Scotland Neck. It was chosen as a location as there is ample parking, and the fellowship hall could be used. The facility has two entrances that could be used, with one for voters and the other for curbside voting. 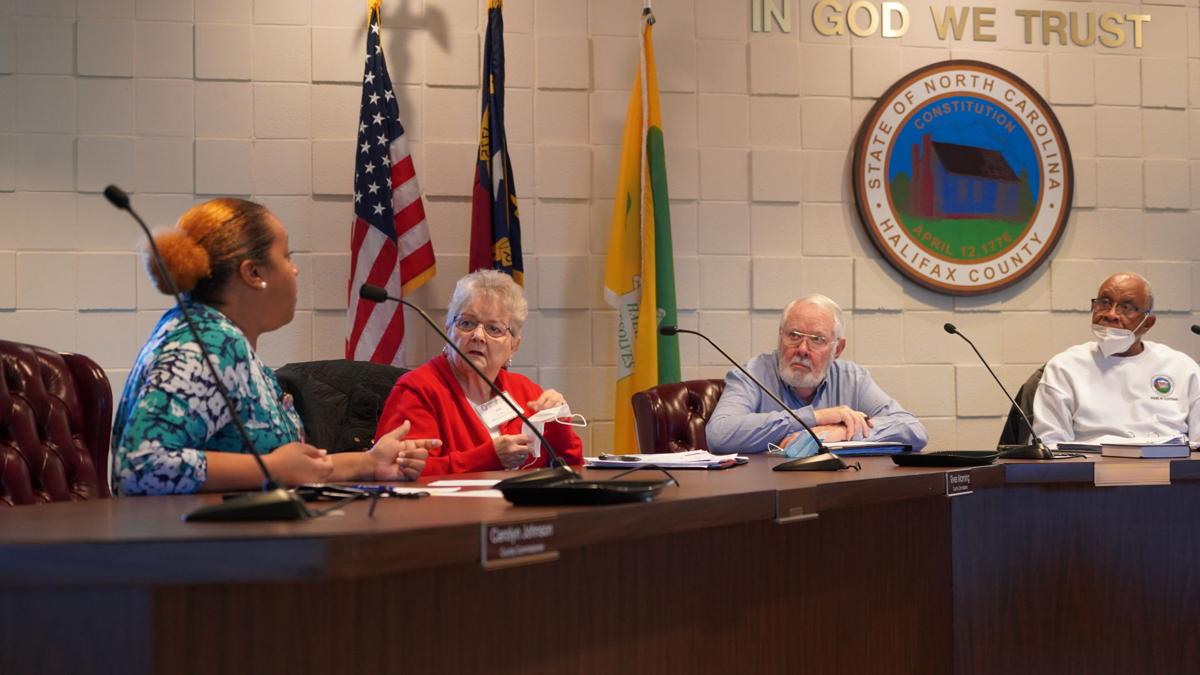 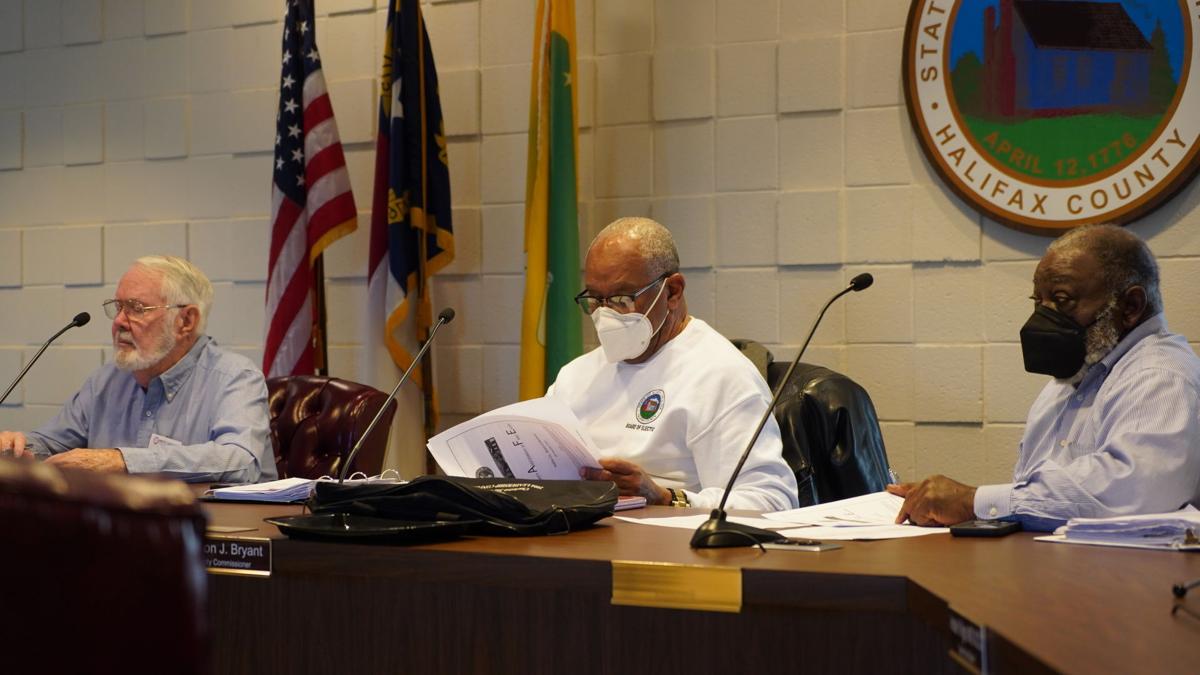 The Halifax County Board of Elections members and staff met on Tuesday.

Pictured is Shiloh Baptist Church, which will be used for One-Stop Voting in Scotland Neck. It was chosen as a location as there is ample parking, and the fellowship hall could be used. The facility has two entrances that could be used, with one for voters and the other for curbside voting.

HALIFAX — The Halifax County Board of Elections met Tuesday morning to discuss the upcoming elections, security and filing period.

Director Kristin Scott of the BOE brought up a previous discussion from the last board meeting regarding the possibility of keeping a One-Stop Voting site in Scotland Neck but moving it from the Scotland Neck Municipal Complex to a different facility.

One-Stop Voting and Early Voting are the same, where one-stop is the official use and early voting is used by the general public.

Scott said she and others reviewed Shiloh Baptist Church as a potential location as there is ample parking, and they would be able to use the fellowship hall. She said the facility has two entrances that could be used, with one for voters and the other for curbside voting.

Board Member Jane Watson asked if the facility could be used for One-Stop Voting and on election day since the same issues will persist at the municipal complex, which Scott said she would have to return to the church for a review and speak with the church staff.

Scott said there were issues with the restrooms inside of the municipal complex after a precinct official reported the matter.

“I believe when we went down to go look at Shiloh Baptist, and we visited the gymnasium [municipal complex], it looked as if they were probably working on the restroom,” she said.

Scott said that since the municipal building is a voting location, she could check with the state to see if there is a small grant to help.

Board members questioned if Shiloh Baptist Church would suffice in taking in a large number of voters on election day but agreed that it would serve the needs for One-Stop Voting.

The board members agreed to use Shiloh Baptist Church for One-Stop Voting.

In other news, Scott brought up the topic of the filing period, which the state has suspended and the State Board of Elections has yet to notify counties on a new date.

“Those who have already filed for office when the filing period was open, they do not have to do anything different,” she said. “So, they’ll still be considered as filed within the filling period.”

According to a press release from the State Board of Elections, on Dec. 8 at 6:12 p.m., the North Carolina Supreme Court suspended candidates filing for offices in the 2022 primary election and included the rescheduled municipal elections.

The City of Roanoke Rapids and the Town of Enfield are the two municipal elections postponed from the previous election in November.

The primary election allows voters to choose preferred candidates to be on the general election ballot in November, which narrows the field of candidates for the election.

The N.C. Supreme Court set a date for March 8 but pushed it back to May 17 for the elections.

The purpose of suspension and election delays is primarily due to the state’s legal challenges regarding the redistricting maps.

Chairman Ervin Griffin Sr. of the BOE asked if the litigation would change anything.

In discussion with other counties, Scott said that if the litigation passes, the counties may have to return to the old district lines, which the new district lines put the county into District One.

“That is what we changed our street files to based on what the state says so that when the filling period started, candidates can file under what was the new correct district lines,” she said. “ While you have the lawsuits pending and litigation, we may go back to District One.”

Scott said the U.S. Congressional District One went to two, then went from four to District Two.

The board members agreed that the filing period would be updated once litigations are over.

Also discussed in the meeting was a report from the U.S. Department of Homeland Security after visiting each county for a security assessment to ensure county Board of Election offices had proper security.

Scott said they focused on the building as a whole and not just the BOE office. She said Raymond Hanna was a representative from the department that came to conduct the assessment and could only make recommendations. Scott said Hanna pointed out the numerous surveillance cameras around the building and in front of the office the staff needed to have access to look back at the footage, which was operated by an information technology personnel.

“He felt that we needed to be able to have access to the footage in the event something should occur,” she said.

Another suggestion from Hanna was made about keeping voting equipment secured in one location where only the Board of Elections has access to, Scott said.

The Halifax County Board of Elections is located inside the Historic Courthouse in Halifax.

Scott said Hanna recommended having somewhat of a “panic button” installed in the office given the Jan. 6, 2021, Capitol riot and how threats could be targeted to other Board of Elections nationwide.

“If something should occur, we should be able to protect ourselves and hit a panic button so that we could receive the assistance that we needed,” she said.

The board members and Scott discussed a possibility that included potentially moving the BOE office to its own building but decided to have more time to conduct research.

After the meeting, The Herald asked about an issue brought up from a previous Enfield Board of Commissioners meeting where Commissioner Kenneth Ward pointed out how there were no early voting sites.

Scott clarified on Friday the placement of the four One-Stop Voting sites.

Scott said the general statute requires One-Stop Voting at the Board of Elections Office, but for any reason they are not able to conduct voting at the office, then they are allowed to have an “in lieu of” as long as it is close to the election office.

“Hence, the use of the Agriculture Building,” she said. “This site helps accommodate those in Halifax, Enfield and Weldon.”

Scott provided the area coverage of each site:

• The Ringwood area covers those who reside in Ringwood, Hollister, Medoc and the county of Enfield.

“The ultimate goal is to ensure that voters have access to a one-stop site without having to travel really far,” she said. “Considering the makeup of the county, that is going to be hard to avoid. I would love to have a site in every area, but we can not do that. The issues that citizens face, such as lack of transportation and other resources, are the same across the county.”

Scott said the county commissioners do fund the office to operate the four locations, which cost $61,000 in salaries for the 2020 General Election.

Scott said, “Commissioner Ward has not appeared before the board to express any concerns or petitioned to have a site in the area again.”