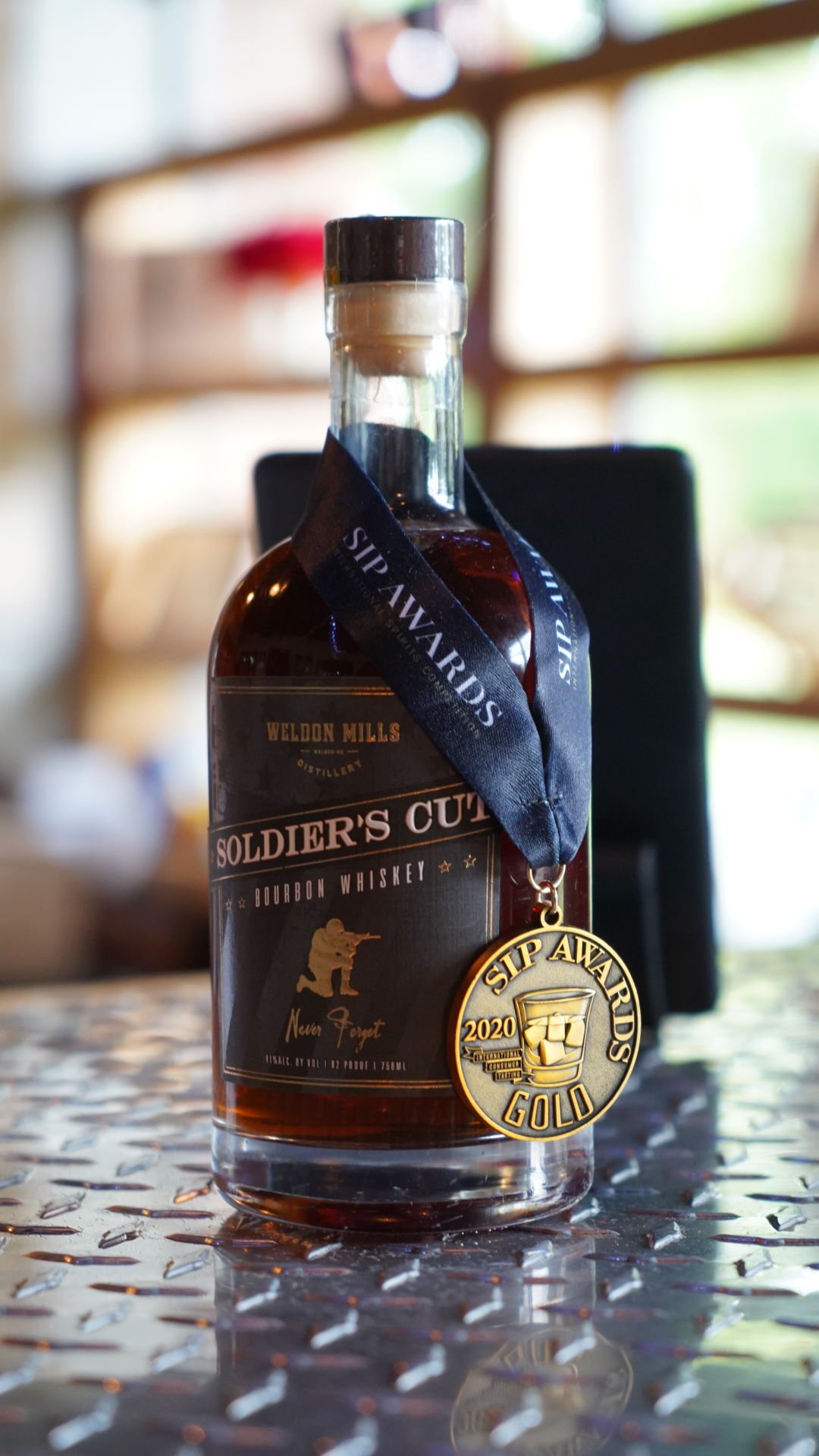 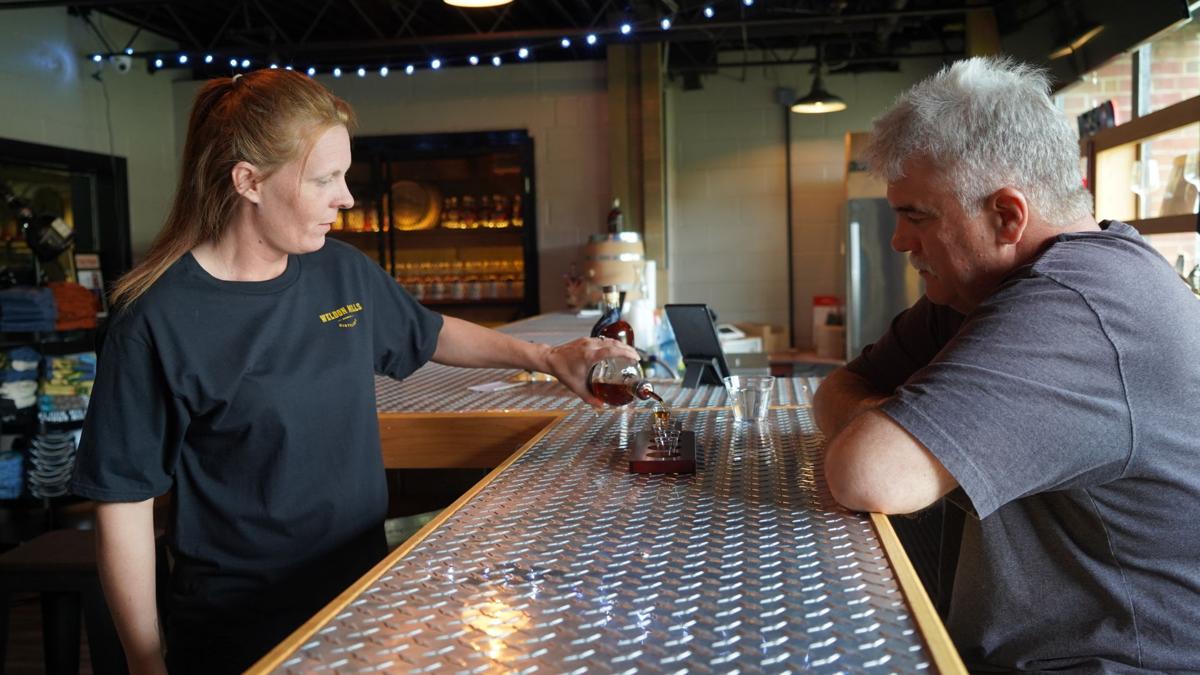 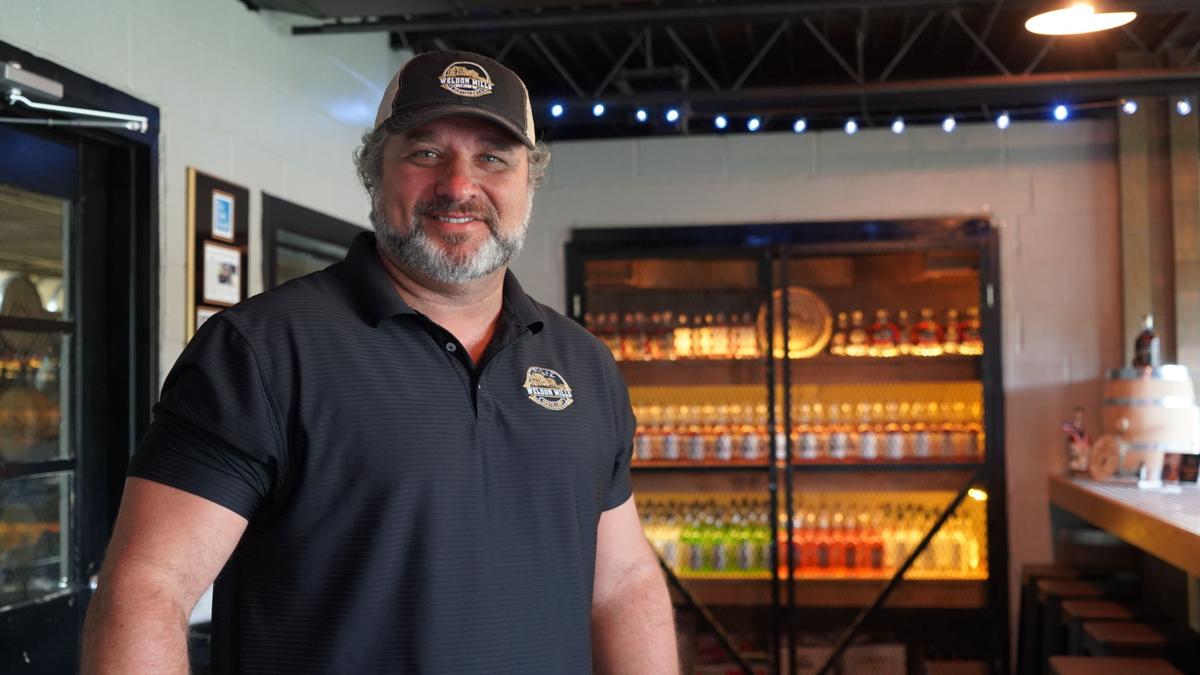 Weldon Mills Distillery’s Soldier’s Cut delivered the final crown jewel in its bourbon lineup after winning a platinum medal at the 2021 SIP Awards May 14.

The Spirit International Prestige Awards is based in Newport Beach, California, allowing consumers to judge the spirits.

Co-owner Bruce Tyler of Weldon Mills Distillery, said the award is a big deal for the business because it proves the bourbons they produce are quality, especially with the Soldier’s Cut being judged by consumers. Tyler, who served in the U.S. Army for 27 years, said the Soldier’s Cut is near and dear to his heart because it helps raise funds for Gold Star families.

According to the Hope For the Warriors website, a Gold Star Family is the immediate family member(s) of a fallen service member who died while serving in a time of conflict.

Tyler said the Soldier’s Cut win is direct feedback from consumers who do not have the same pallets as experts, who taste higher-proof bourbons, such as The All Malt and Weldon Reserve.

“Consumers have now chosen Soldier’s Cut twice in a row, and this year they gave it top honors,” he said. “That was pretty cool.”

Soldier’s Cut has an 82 proof, the measure of ethanol in an alcohol beverage, which pays homage to the high-speed 82nd Airborne Division of the U.S. Army based in Fort Bragg.

Tyler said the lower 82 proof creates a wider audience and customer base.

“That is just proof of our theory if we bring it in on a lower proof, the consumers are going to like it more,” he said. “The Soldier’s Cut, I mean don’t get me wrong, it’s still top quality premium bourbon, but it’s a little bit smoother. It’s a little bit less intense.”

Coming in from Franklin, Virginia, Charles and Patricia Clifford stopped in at the distillery on Thursday and both said they came down to have a little taste of what North Carolina has to offer from its distilleries.

Charles said he and his wife have hit up a few small distilleries in Virginia over the past couple of years and discovered great-tasting products they yielded.

“I’m curious to see what North Carolina’s got,” he said.

The couple sat down at the bar of the tasting area of the distillery where Donna Davis, distiller’s assistant, poured a small tasting cup of the Soldier’s Cut.

Down the hatch and with an impressed look on his face, Charles said the drink had a good finish on it.

“It’s got a sweet little aftertaste to it — not too strong and goes down smooth,” he said.

Patricia agreed and said it is one of the very few bourbons that she can drink.

“It didn’t light me up on the way,” she said. “I’ve got a very soft pallet and I don’t like anything really super strong, super sweet. So, this is real smooth. I can actually drink this.”

When asked what bourbon he usually drinks, Charles said he drinks Jefferson’s Ocean.

“It might be a strong contender,” he said when comparing the Soldier’s Cut.

After trying more of the distillery’s alcoholic beverages, Charles said the business has some good stuff.

As for what is next for Weldon Mills Distillery, Tyler said the main focus is the three core bourbons they have and the other seven products that are not bourbon.

“COVID kind of shook us because we opened up right in the middle of COVID and we’re just figuring out our way to navigate through that and now we’re coming up,” he said. “Things are opening up, we’re able to get out, we’re able to push these products.”

When asked about the rise of distilleries in North Carolina and competition, Tyler said the more the better, and he does not see it as competition.

Tyler said the distillery is fortunate to have the three medals, but it would be even better if bourbon distilleries throughout the state started winning top medals as well.

“Rising tide floats all boats, and I’m a firm believer in that, and the big boys have control of the market, but I think the North Carolina distilleries are coming up and doing great and wonderful things.”