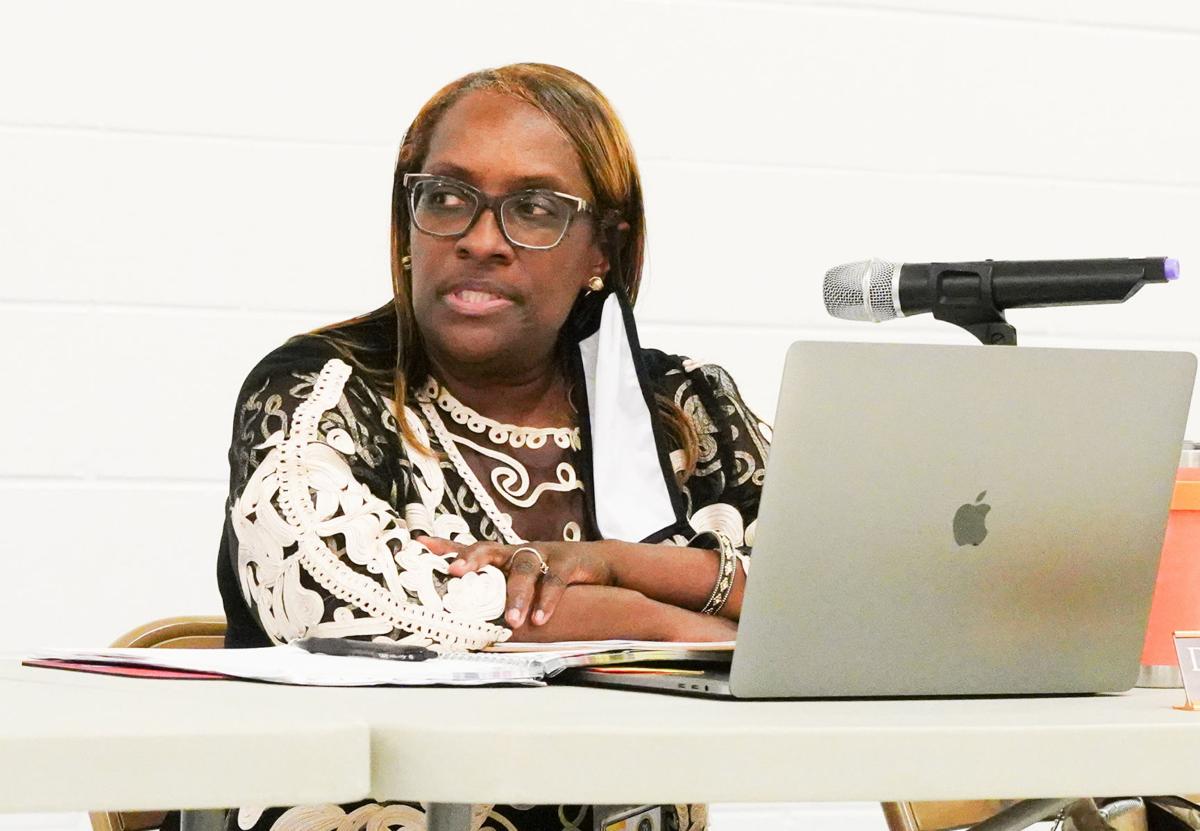 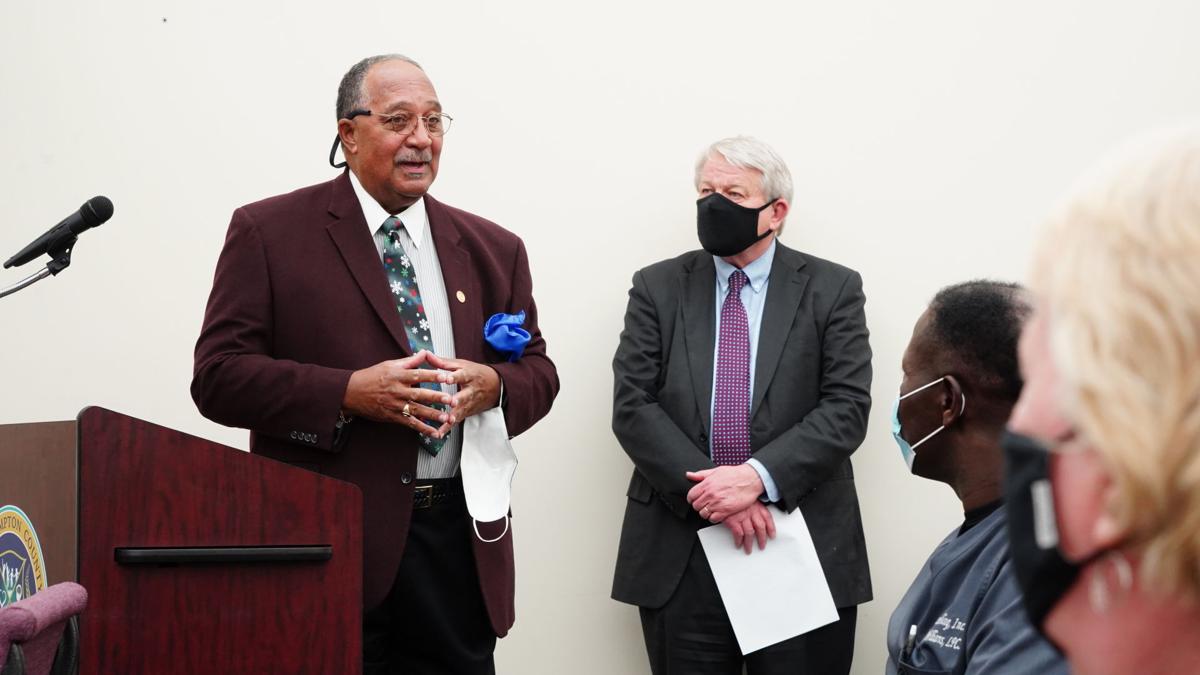 Pictured is the Northampton County Schools Board of Education during Thursday’s meeting. 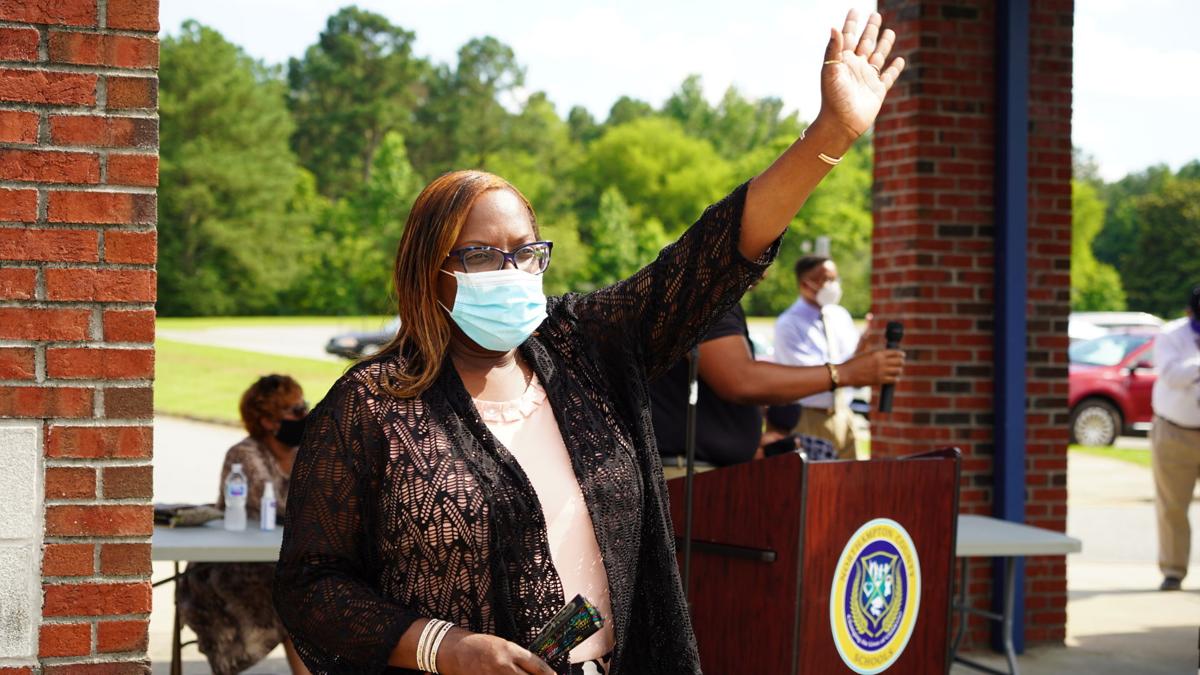 Pamela Chamblee celebrated in July when she was reinstated as superintendent of Northampton County Schools. 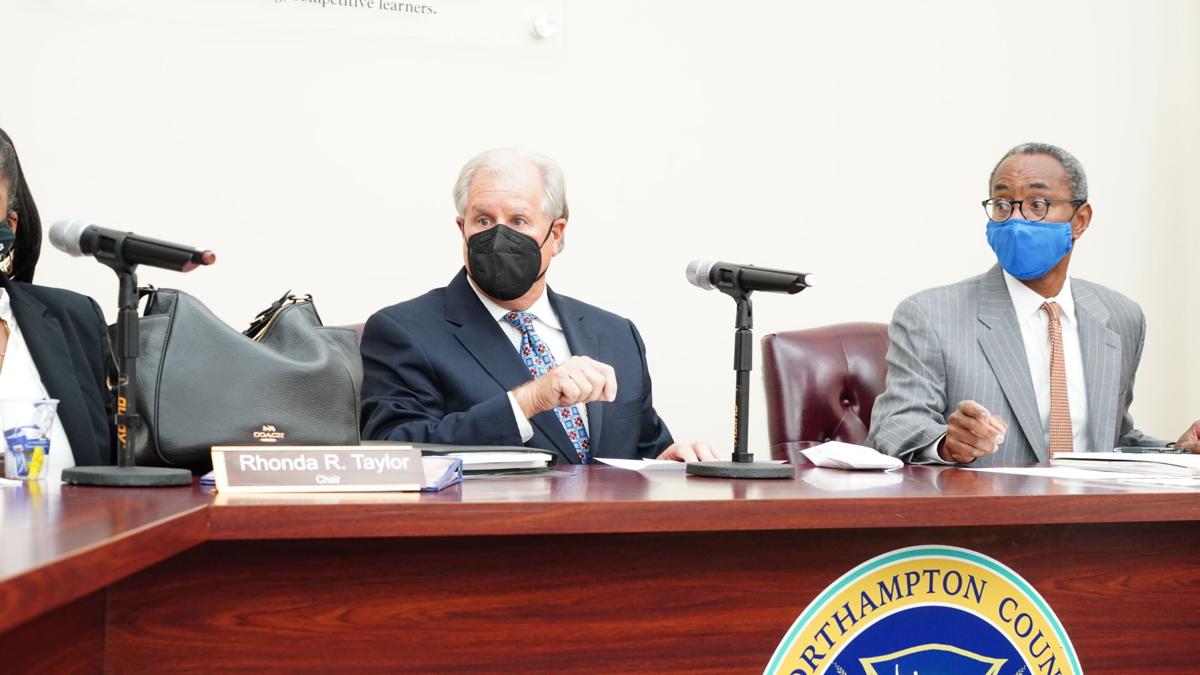 Pictured is Del Burns, left, interim superintendent for Northampton County Schools, along with Rod Malone, board attorney, during a board meeting on Thursday.

Pictured is the Northampton County Schools Board of Education during Thursday’s meeting.

Pamela Chamblee celebrated in July when she was reinstated as superintendent of Northampton County Schools.

Pictured is Del Burns, left, interim superintendent for Northampton County Schools, along with Rod Malone, board attorney, during a board meeting on Thursday.

The decision came in an announcement in the afternoon and was reiterated by Vice Chairman Alan Duncan of the NCSBE Piedmont-Triad Education Region during a special called meeting that night at the school district’s central office.

Accompanied by fellow board member J. Wendell Hall and a state team, Duncan told the NCS Board of Education that Del Burns, a former Wake County Public School superintendent, was appointed to the school district as interim superintendent.

“All the duties of the superintendent of the Northampton County Schools have been assigned to Dr. Burns effective immediately,” he said. “This was not done lightly, nor was it done without much thoughtful consideration by many people. This was an important decision.”

“Northampton school system has been a low performing school system or district by this definition for a number of years and remain so despite many opportunities we all would want for there to be improvement,” he said.

Duncan said the time has come for the NCSBE and DPI to use the authority to make a more direct role in addressing the needs of the NCS by appointing Burns. He said Burns is highly regarded and deeply experienced as superintendent at WCS and serving as interim superintendent in other school districts faced with similar challenges.

“The state board approaches this task with a great deal of humility,” Duncan said. “We know you have enormous knowledge about Northampton County and its needs. So we very much approach this task in an effort to be both supportive and collaborative with you as we all look at the best interests of our children. The belief of our board is that we need to be child-centered and child-focused in all actions that we take. We believe that the members of this board undoubtedly feel the same way. Do not let adult issues get in the way of doing the very best we can for our children. To those who have the least, we owe the most. That is our children. I share this, so you have a good sense of what the state board’s thought process is. We’re deeply concerned yet very optimistic about the children in Northampton County and their educational opportunities as we do for all North Carolina children.”

Hall took the podium and spoke to the guests attending the meeting.

“I just want to say to you what an honor it is for me to be back as a member of State Board of Education, and helping you get the most prized product, the most crucial product — our children, to provide them with opportunities,” he said. “And that’s what equity is all about. It’s about providing opportunities for our kids to make decisions. So when they leave us, they leave us well-rounded and ready to work in whatever capacity out there in the land.”

Comments from board members Theresa C. Scott and Tony Burnette of the school district defended Chamblee.

Scott acknowledged the school district has been in a low-performing state for years, but said Chamblee was already addressing the needs of the children.

“She is truly a woman of integrity and honor — she persevered,” she said. “Even when the fiery darts came, even no matter what the situation is, she remained to let the main thing be the main thing. But somebody also said not to let adult issues get in the way. And sadly, I can’t say that we have been a board that does not do that. For me, they have thrown the rock as high as their hands. That’s a coward.”

Chamblee had her contract terminated by a school board decision on June 18, 2020, but was later reinstated after four new board members were sworn in the following month.

Board Member Tony Burnette found it suspicious the timing of events and that there were other area school districts with a poor performing status ranked lower than NCS. Burnette said Chamblee was not afforded the opportunity of due process and remarked on Chamblee being fired and reinstated last year.

“And now here it is less than over a year — here I am right back in the seat again, only a different circumstance,” he said. “I say to you citizens, don’t be hoodwinked, don’t be bamboozled, and don’t be fooled by smiles. They will deceive you.”

After comments from the board, Burns addressed the room and said the circumstances are unusual and there are strong feelings as displayed on both the board and in the audience.

During the meeting, a motion was made by Vice Chairwoman Marjorie Edwards to amend the special meeting’s agenda to dismiss a confidential investigation on Chamblee, which sparked outrage from Burnette, asking why the board was suddenly stopping the investigation.

After arguments between board members on the motion, the meeting adjourned without a decision.