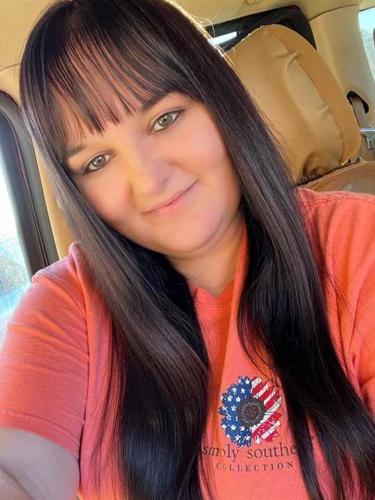 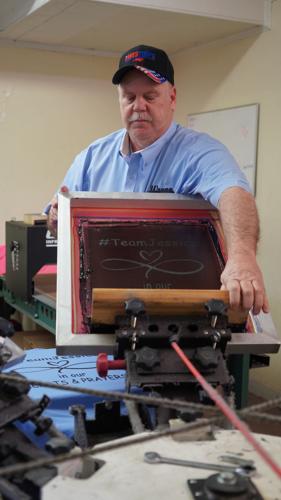 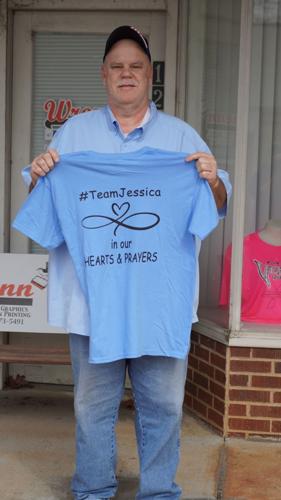 Randy Wrenn is pictured holding a #TeamJessica T-shirt he printed.

Randy Wrenn is pictured holding a #TeamJessica T-shirt he printed.

Jessica Wells remains in critical condition since a motorcycle accident as the community offers support to help cover the increasing medical bills.

Jessica and her husband, Michael, were traveling from Florida on Jan. 9 when the rear tire of their motorcycle separated and ejected the two.

Her mother, Margie Williams Mabrey, said on Tuesday that an 18-wheeler hit Jessica after she was ejected. Mabrey said Michael received a few bruised ribs, whereas Jessica remains in an intensive care unit.

“She’s had a lot to deal with,” she said. “She does not realize, you know, what actually has happened to her because they’re kind of keeping her sedated, and on a lot of pain medicine.”

Mabrey said Jessica may be in ICU for 12 more weeks, but has already undergone surgery where she had her right leg amputated. Being a mother of three, she said Jessica’s oldest 8-year-old daughter is aware that her mother is in the hospital but does not know the details of the accident.

As for medical expenses, Mabrey said they do plan on holding a couple of fundraisers and that Randy Wrenn of Wrenn Sports Graphics & Screen Printing is printing T-shirts with Jessica’s name to help cover the costs.

Wrenn said the shirts are available from 10 a.m. to 3 p.m. Monday through Friday at his shop, located at 10 E. 11th St. in Roanoke Rapids

“I know Jessica is facing a long road to recovery, and expenses are going to be overwhelming, so I wanted to step up and help,” he said. “It feels good to be able to print #TeamJessica shirts to help the family not only raise funds but show support for Jessica and her family.”

Mabrey said Wrenn reached out to them about making the T-shirts and said it is heartwarming that somebody would go out of their way to help.

“She’s very lucky to still be with us,” she said about Jessica. “She still has a long way to go. We’ve had a lot of people praying for her, and the whole community has been great about it. They really have. We grew up here, and we’ve lived here all of our lives. But I’m just praying that she makes it through and is able to come home. That’s my biggest concern.”