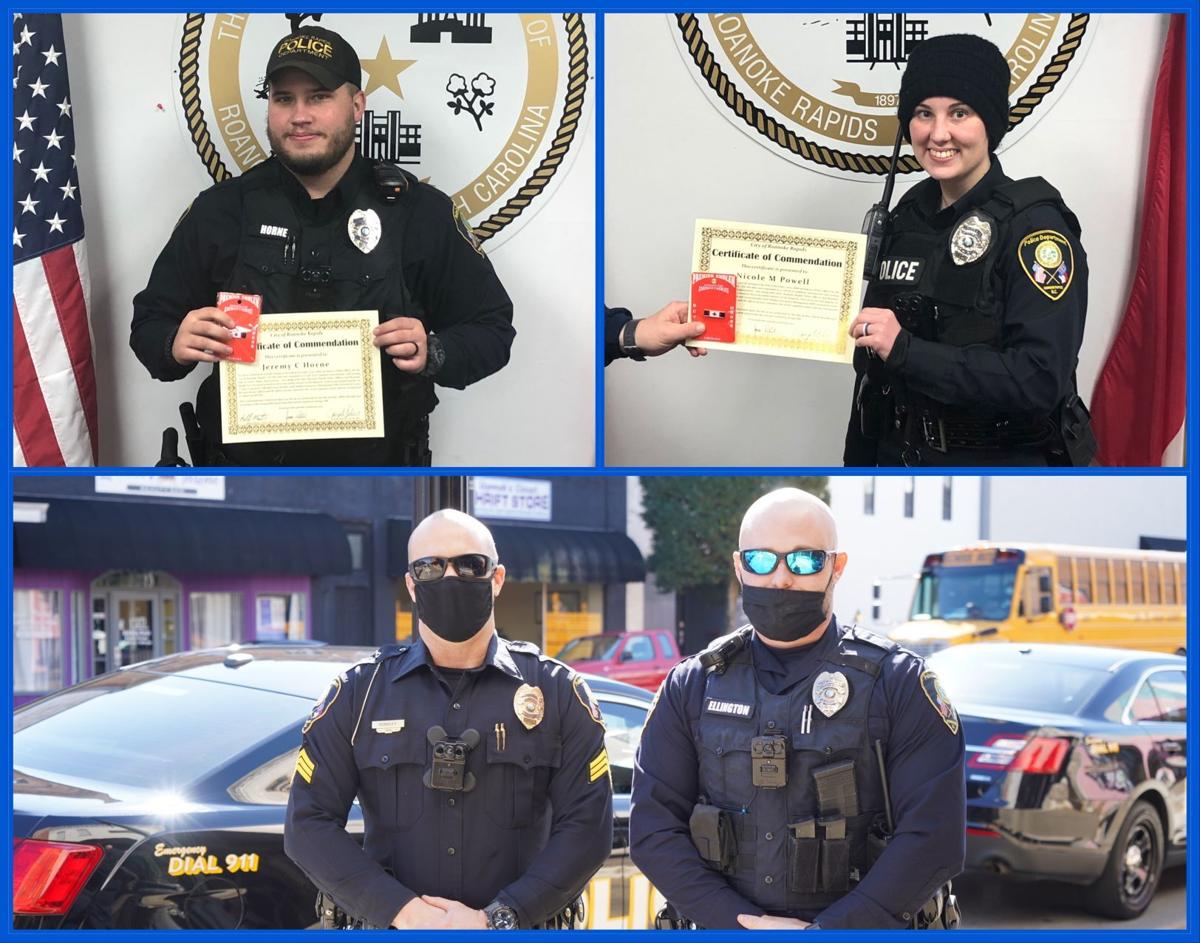 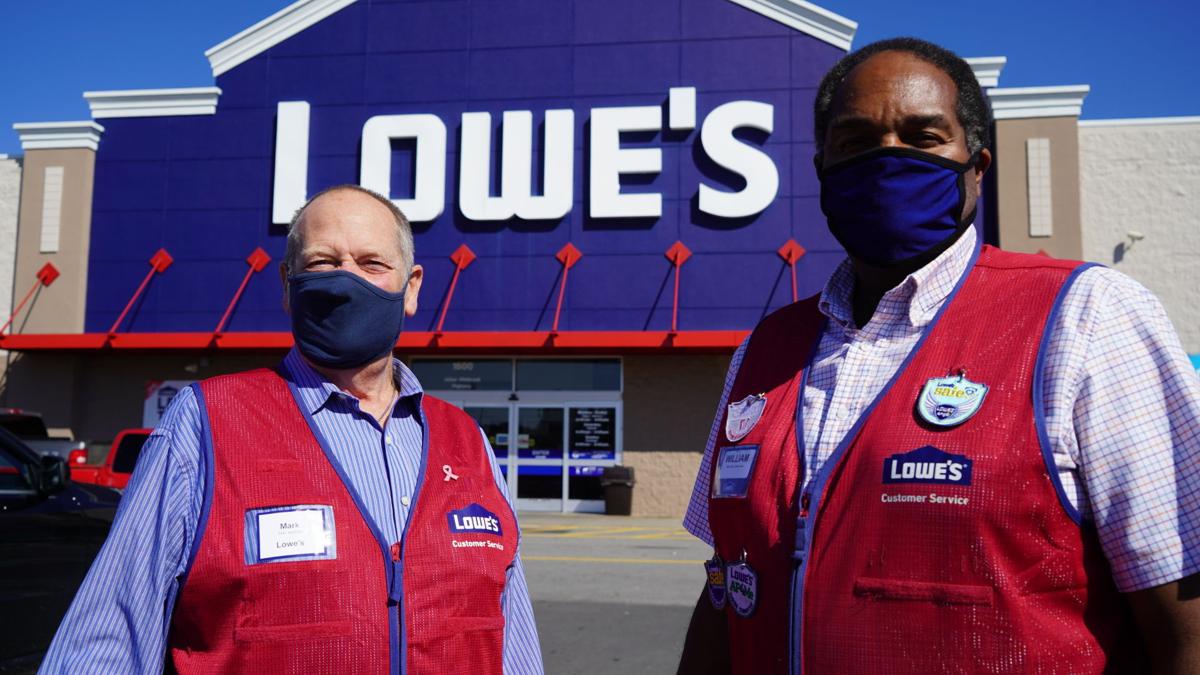 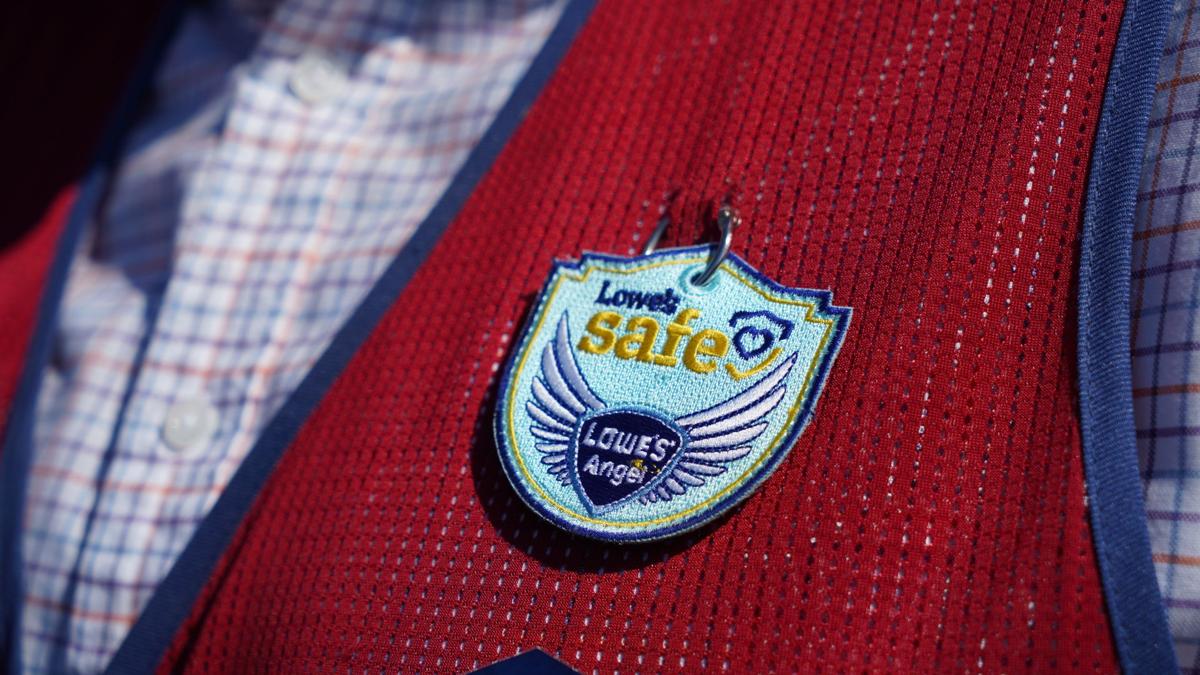 William Jones, Lowe’s Department Supervisor, was awarded the Angel Badge from corporate for his actions to render aid.

William Jones, Lowe’s Department Supervisor, was awarded the Angel Badge from corporate for his actions to render aid.

Master Officer Jeremy Horne, Officer Nicole Powell, Officer Elijah Ellington and Sgt. Daniel Hundley were awarded certificates of merit and a Life Saving pin to wear on their uniform for their response to an emergency call at the Roanoke Rapids hardware store on Dec. 16, where an employee fell into cardiac arrest.

Mark Nunamaker, a sales associate at Lowe’s, said he was cleaning up the products on the shelves when he suddenly collapsed at about 8:30 p.m. on that day.

“That’s the last thing I remember for three days,” Nunamaker said on Wednesday, recalling the incident.

Lowe’s Department Supervisor William Jones said a supervisor who was closing that night was on the phone with 911 and told him Nunamaker collapsed on aisle 9 of the store. Jones said he saw Nunamaker lying there on the floor and began chest compressions.

“It was a team effort,” he said. “There was another supervisor there that was by his side. He was sitting down and encouraging him to hold on. The officers, they were here within a few minutes.”

Ellington was the first on the scene, with Powell, Horne and Hundley arriving shortly after, Hundley said.

“All the associates were helpful,” he said. “They were showing us exactly where we needed to go to.”

Ellington, also a marine infantryman veteran who served 14 months in Afghanistan, said he saw a Lowe’s employee delivering CPR to Nunamaker and then stepped in to take over the procedure. Switching out with Horne to continue rendering aid, he said he was able to administer compressions using a bag valve mask on Nunamaker.

The bag valve mask is part of the life-saving equipment RRPD received through a $9,100 grant from Vidant North Hospital last year. Lt. Mike Moseley had applied for the grant as a much-needed resource in response to the majority of emergency calls being drug overdoses. The department was able to purchase 100 disposable bag valve masks and seven portable automated defibrillators in September. Read the full story at bit.ly/2N7LN6Y.

Hundley, who arrived approximately 30 seconds later, used the AED on Nunamaker as the other officers rotated to continue CPR.

According to information, Roanoke Rapids Fire Department Firefighters Ben Clements and Austin Jarratt arrived on the scene to assist.

Hundley said he used the AED three times until they found a pulse.

“The AED that was donated I think,100% helped save his life,” he said. “Luckily, we were able to get a pulse back because I think EMS was a long ways out.”

Hundley said CPR was rendered for nearly 17 minutes before EMS arrived and took over.

“Everything worked well,” he said.

Chief Bobby Martin said he felt the officers went above and beyond their duties.

“We are tasked with the preservation of life along with the protection of life,” he said. “Our officers at the RRPD are well trained and will do everything in their power to help anyone in need.”

He said he believed the officers would have had a harder time saving Nunamaker without the aid of the AED that proved its worth in the emergency situation.

“Our officers are trained to render aid to those in need,” Martin said. “Some of our officers have worked with EMS and received their training on life-saving techniques from their prior military experiences. We, as law enforcement, receive vital training yearly so we may better serve the citizens in our community. Our officers receive training so they can be as prepared as possible to handle any situation.”

However, Martin believed Jones’ initial contact with Nunamaker was the key to his survival, he said.

“His ability to start life-saving measures until law enforcement, fire and EMS arrived was vital, and I commend him for this,” Martin said. “This was a prime example of everyone working together as a team to save a human life, and that’s what I have always believed in. The role of a police officer is ever changing.”

After a week of being in the hospital since the incident, Nunamaker said the first thing he did was return to Lowe’s to thank Jones. He said he also met and thanked Hundley, but has not had a chance to meet the other three officers.

“I hope I get a chance to meet the rest of the individuals,” Nunamaker said. “They gave me a chance for an additional life.”

Jones said Lowe’s corporate came to the store nearly four weeks ago to award him their highest badge, the Angel Badge, for rendering aid and saving a person’s life.

“I am just grateful and humbled to receive that award,” he said. “It makes me feel good. Like I said, just being a small piece of the puzzle.”

Nunamaker said he came back to work the first chance he had after being cleared by the doctor after being off for several weeks. When asked if he was ready for the next round of weather bringing ice and possible outages, he said he is absolutely ready to help.

“With the storm coming, we got generators and all the supplies at Lowe’s to keep people rolling during that time,” Nunamaker said. “Oh, I’m ready to help. Whatever I need to do.”