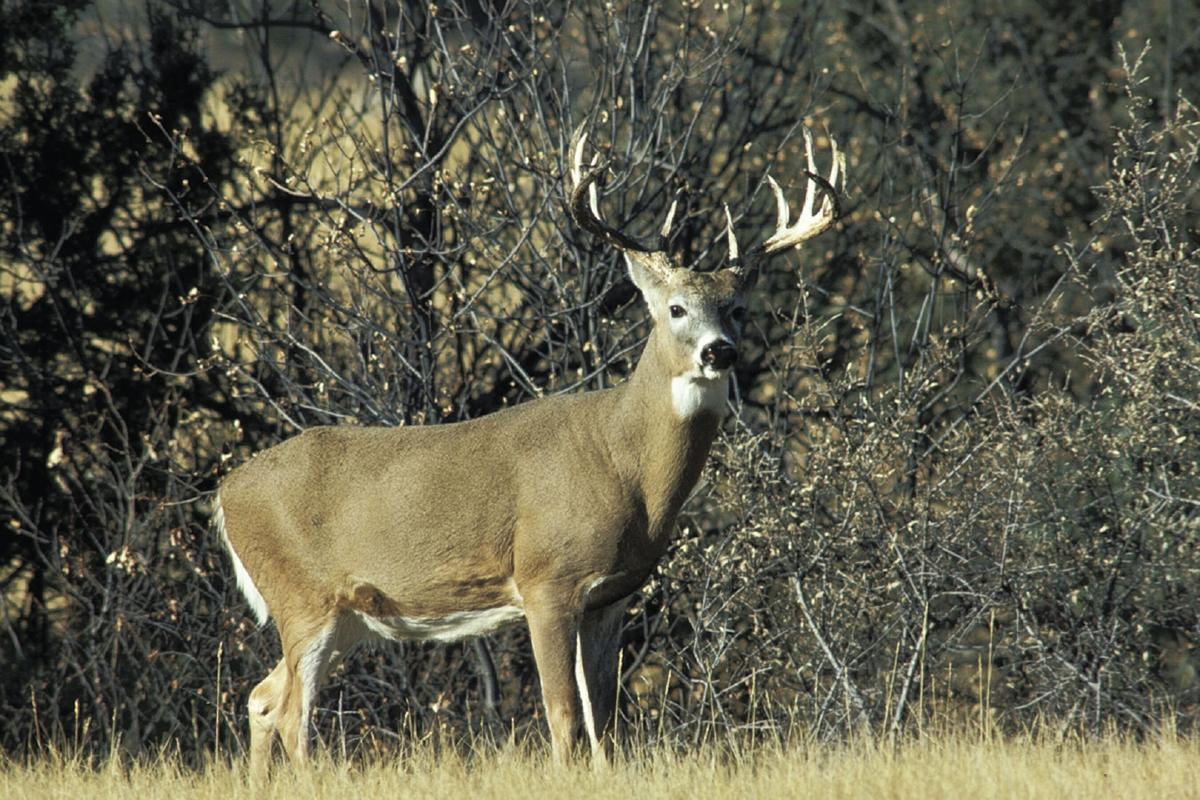 A white-tailed buck in the wild. 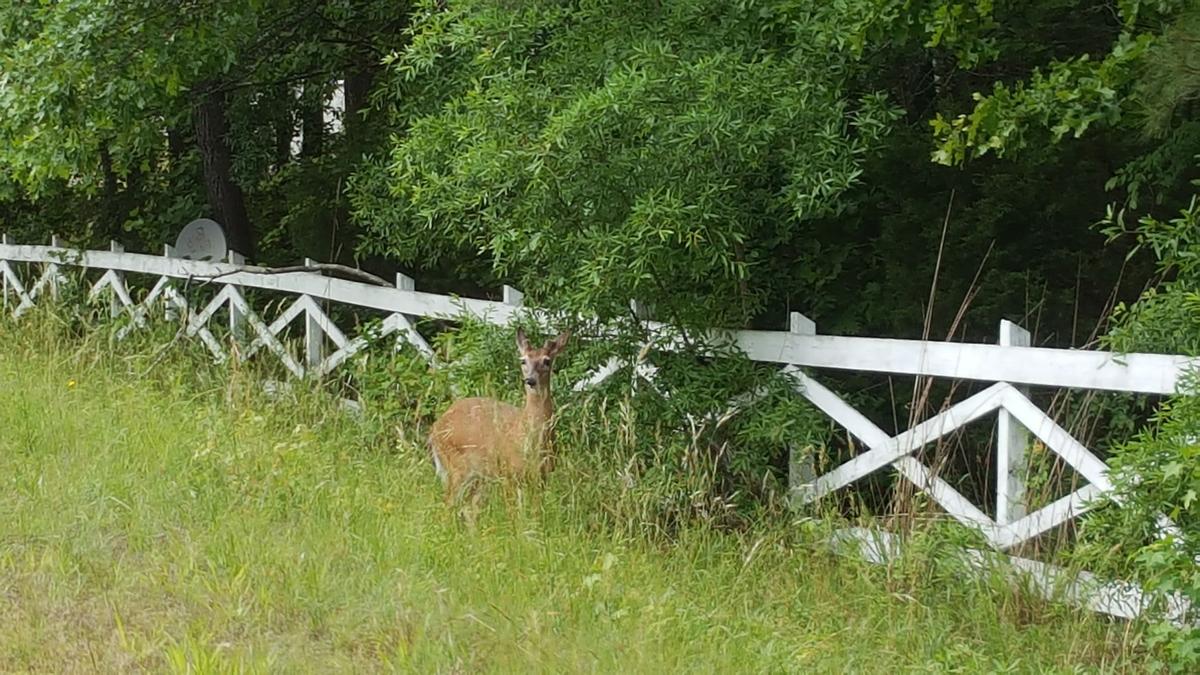 A doe walking in a meadow.

A white-tailed buck in the wild.

A doe walking in a meadow.

According to the latest annual NCDOT Report, animal-vehicle crashes are on the rise.

The report shows an increase of more than 2,300 crashes in 2019 when compared to the 2018 statewide total, with the overall figure reaching 20,331 crashes. The reports contains a link to the NCDOT Transportation Mobility and Safety Division study, available at bit.ly/3j6hW8A. The data shows that about 90% of all reported animal related crashes involve deer.

“Those are more likely to be reported because they tend to cause more damage and be more dangerous and more costly,” she said.

In the statewide animal crash county rankings, with one being the highest, Northampton County is ranked 63, with the following breakdown.

The “KABCO” injury scale, developed by the National Safety Council, shows a “B” injury as non-incapacitating and a “C” injury as possible injury.

The costs are based on what the law enforcement officer puts in the crash report as an estimate of property damage, primarily being the vehicle, according to Steve Abbott, DOT assistant director of communications. The costs would be the responsibility of the vehicle owner, which would be his or her insurance company if they decide to file a claim.

New data shows U.S. drivers on the average have a 1 in 116 chance of a collision with an animal, according to the State Farm annual study. The company estimates more than 1.9 million animal collision insurance claims in the U.S. between July 1, 2018, and June 30, 2019.

In the statewide animal crash county rankings, Halifax County is ranked 43 with the following breakdown:

For the 17th year in a row, Wake County leads the rest of the state for animal collisions with 1,023 in 2019 — an increase of 245 from the previous year and its highest total since 2013. Over the past three years, those crashes killed one person, injured 137 and caused $7.3M in damages, according to the press release.

Guilford County is a distant second in the 2019 numbers at 649 crashes, followed by Pitt County at 605, Randolph County at 536 and Union County at 531. Far western counties have the lowest numbers because they have the fewest drivers and roads, the press release reads. Graham County recorded five animal collisions and has the bottom spot for the fifth year in a row. Others at the bottom include Swain, Yancey, Alleghany and Mitchell counties.

The increase can in part be attributed to the growth the state continues to have, with more drivers on the road and more development, the DOT reports. In addition, North Carolina is entering the three worst months for such crashes, with October, November and December accounting for half of the annual total over the past three years.

Owens said during those months, the deer are going through their rut, the mating season, and both male and female deer are experiencing a lot of hormonal changes. According to research, a white-tail doe may be in estrus for up to 72 hours, and may come into estrus up to seven times if she does not mate. When the females are in estrus, males try to find the females.

“The deer are very distracted during those months, their behavior gets very disruptive because of hormones and paying less attention to what is going on around them,” Owens said. “Compare them to teens — becoming very interested in the people they are attracted to tends to take over their behavior and thoughts. They are not paying attention to being cautious, and are very focused on what they are doing, which for the most part is females being chased by bucks. The result of that is it is much more likely for a deer to be in the middle of the road without paying attention to traffic in the road.”

Owens said the times are based on deer behavior, normally at dawn and dusk, as the numbers indicate. She said to avoid a crash, drive slowly and be very cognizant, especially in areas where a lot of forest deer are more likely to cross.

“If there are collisions in the past, the DOT puts up signs — pay extra attention to the signs and be extra cautious,” she said.

Statefarm.com also shares some tips to avoid animals in the road:

• Stay alert. Pay attention to “deer crossing” and “wildlife crossing” signs and be cautious in areas near woods or water.

• Use high beams. Flicking your high beams on an animal in the road may cause the animal to scurry away. High beams also help illuminate dark roads.

• Don’t swerve. If a car crash is inevitable, maintain control of your vehicle and don’t veer off the road.

Owens also added a tip about this.

“It is useful to know — theoretically the data very clearly shows that most of the damages caused by these collisions where the car hits something and people are hurt,” she said. “That usually happens when someone swerves versus hitting the deer. You are more likely to survive a collision with a deer if you stay the course — hit the animal — than swerving to avoid the deer. If possible, for a driver to try to avoid that instinct of swerving and just hit the brakes and stay in their lane, they are more likely if they do hit something, to come out of it in a better state.”

• Brake as necessary. If you can avoid hitting the animal, reduce your speed, honk your horn, and tap your brakes to warn other drivers. If there are no drivers behind you, brake hard.

• Remember peak season. Animal collisions happen most during October through December, which is hunting and mating season.

• Remember meal time. Watch for animals in the road between dusk and dawn.

• Watch for herds. If you see one deer, there are probably more nearby.

• Don’t use a whistle. No scientific evidence supports that car-mounted deer whistles work.

NCDOT adds, “If your vehicle does strike a deer, do not touch the animal. A frightened and wounded deer can be dangerous or further injure itself. Get your vehicle off the road if possible and call 911.”