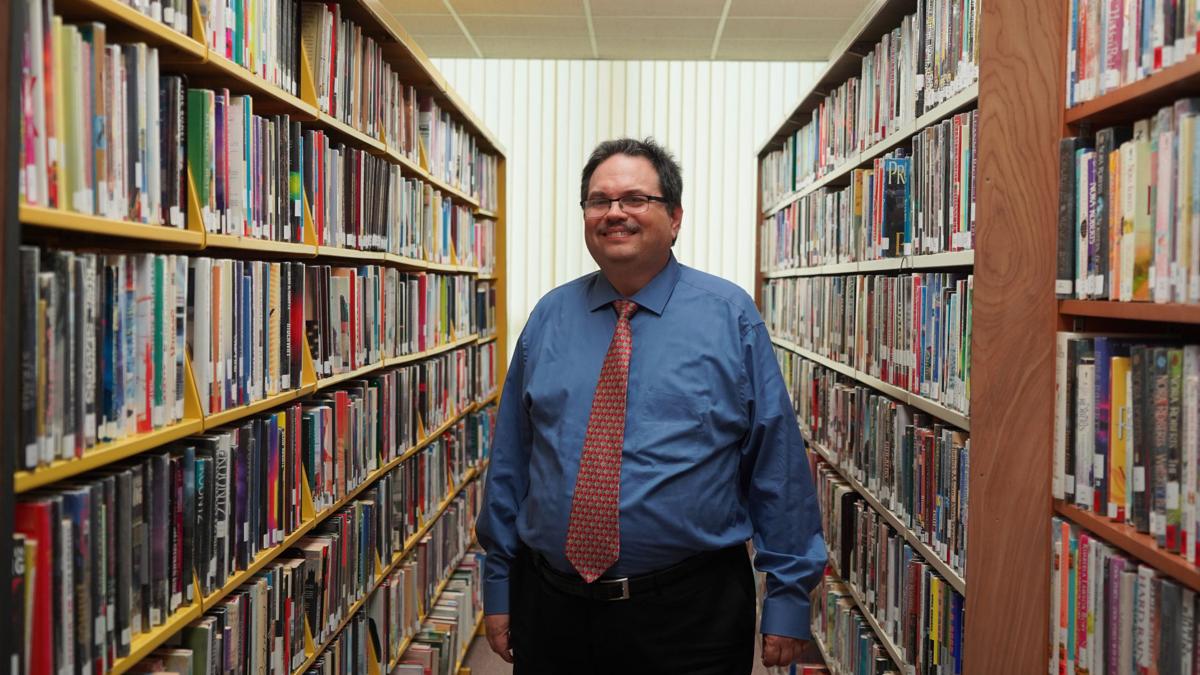 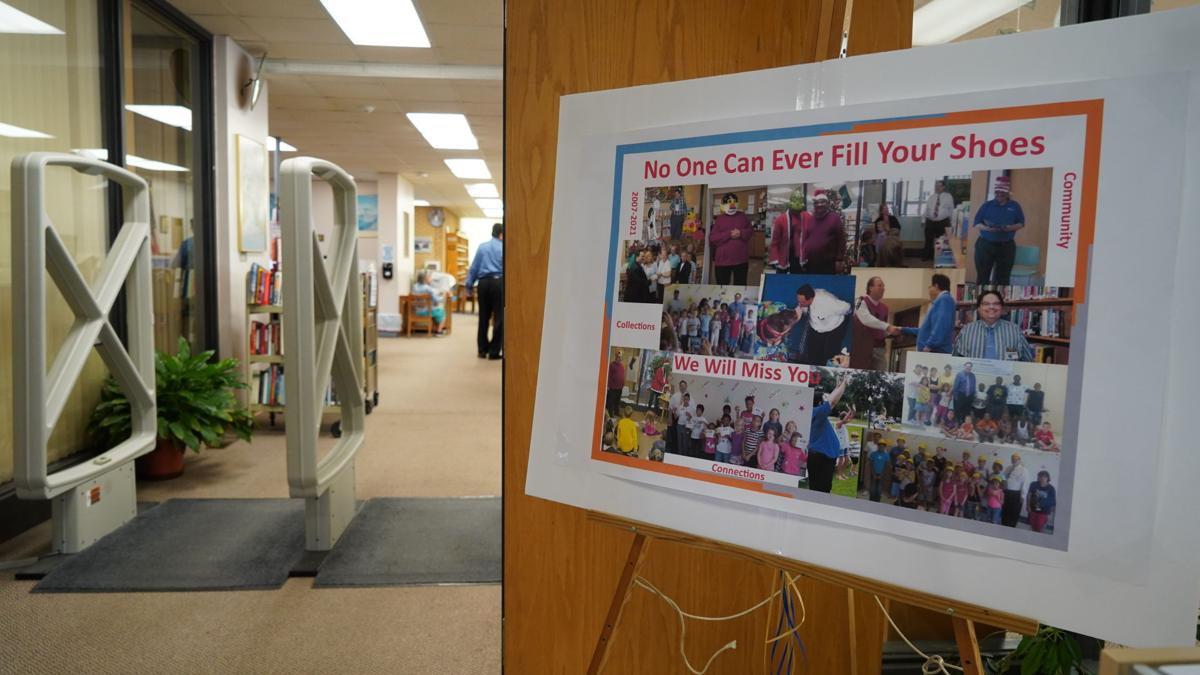 A collage of photos of Head Librarian Jeff Watson represents his service at the Roanoke Rapids Public Library throughout his years. 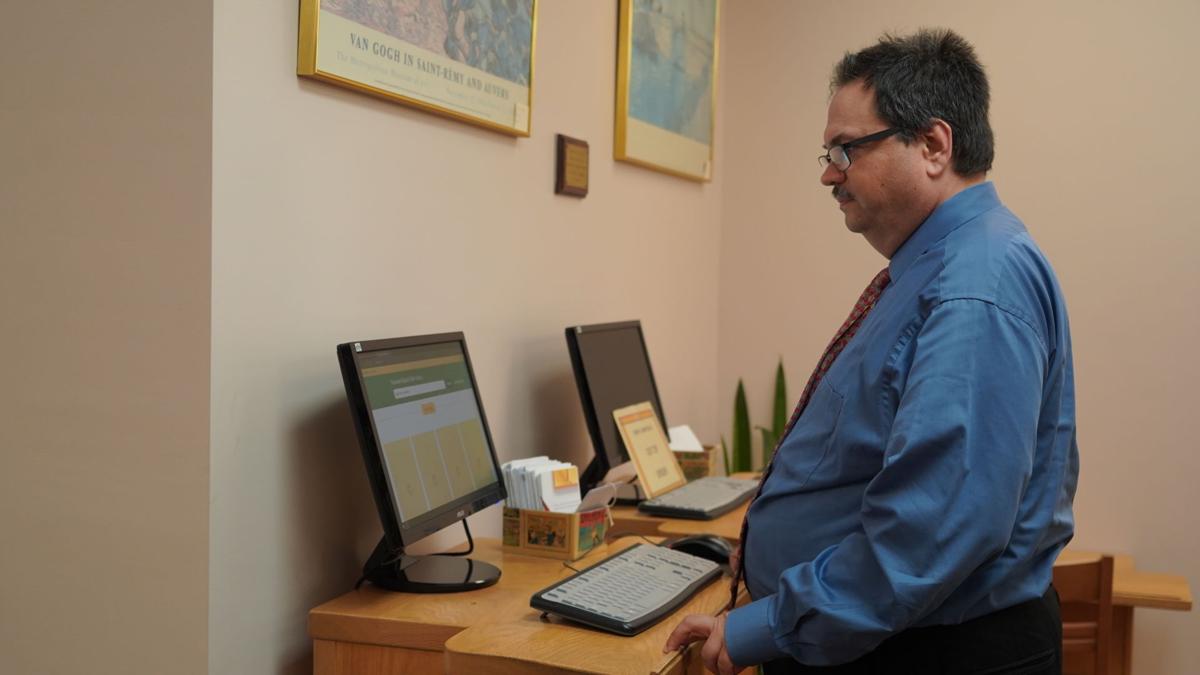 A collage of photos of Head Librarian Jeff Watson represents his service at the Roanoke Rapids Public Library throughout his years.

Arriving at the library in Roanoke Rapids in late March of 2007, Watson became head librarian in May 2008. Before his arrival, he was a library technical assistant in Warren County and was a course away from earning his Master of Library Science from N.C. Central in Durham, which he achieved in May of 2007. Watson said he was brought to the RR library to start as a youth services librarian.

“I lived maybe 40 minutes away, but I felt like once I took the position as the librarian, I wanted to live in the community where I was serving,” he said.

When asked why he is retiring, Watson said the idea came to his mind during the COVID-19 pandemic, when a primary factor was his mother’s health. He said his mother lives in Virginia, where he has been taking trips nearly every weekend to visit her. The long trips back and forth were wearing him out, Watson said.

“I will be relocating when I finish next week,” he said. “I’m going to be helping to take care of her a little bit more.”

The library is under the City of Roanoke Rapids Parks and Recreation Department. Director John Simeon said Jacqueline Moore will be the interim head librarian as they search for a state-certified public librarian.

“Jeff has been instrumental in leading our library since May of 2008,” Simeon said. “He has written and obtained many grants on behalf of the City of Roanoke Rapids. In addition, Jeff’s professionalism and leadership has directed our library to foster current trends such as ebooks, public computer stations, juvenile services, and above all, outstanding customer service. He will not only be missed as the Roanoke Rapids librarian, but as a true community supporter. The City of Roanoke Rapids wishes Jeff the absolute best as he transitions into retirement and this next chapter in his life.”

Libraries are the archives of printed literature from history, fiction, non-fiction, biographies, news and information.

Watson said public libraries revolved around most of his life. His first memory was when he participated in Summer Reading Program, which is now called Summer Learning Program, when he was a small child living in Chesapeake, Virginia. Watson said he remembers riding the bus with his mother and grandmother, when they would take him to the library regularly to check out books.

“I was always fascinated in that hole by the side of the desk wondering where those books went,” he said. “I always liked to give the children that come in that little experience, because I remember what I felt like when I was 5 and 6 years old and wondering where do those books go to when you put them in the hole there?”

Watson said libraries have always been a part of his life growing up as he volunteered in junior high, high school and college. His undergraduate work took place at Old Dominion University in Norfolk, Virginia, he said. In May of 1978, Watson’s first paid position was library page at the Russell Memorial Library in Chesapeake.

Now that he is retiring, he said he is pleased to have worked in Roanoke Rapids Public Library under the city, where the government employees throughout the area are great people and work hard. Watson praised his staff at the library and said if there has been any success at the facility, it was because of them and their dedication to public service.

“Our library exists to provide accurate information and exceptional customer service,” he said. “If we’re not doing that, then we really don’t have a reason to exist. Those are the reasons that we’re here.”

When asked if met his goals for the library, Watson said the library had updated its computers to have print management and reservation systems.

“It makes the computer process for the patrons as well as the staff a whole lot easier,” he said. “It flows a whole lot better.”

Another accomplishment is the Lions Club Large Print collection in one of the aisles of the library, Watson said. Then there was the task to help bring e-books to the public through the library, he said.

“And this was something that took us a while to do,” Watson said. “We wanted to make sure that we had steady funding before we jumped into it, but we were part of a consortia around the state.”

Watson said he often is asked if print is going away.

“While I’m here, no, it’s not going to go away,” he said. “I think that’s an important part of the library. I also saw the importance that we have to look ahead to the next generation, and e-books are not a trend, but people like to have options. Sometimes people like to read the e-books, and sometimes people would rather have a book and hold it in their hands. Here you have that choice.”

Of course, Watson loves to read, but what genres does he enjoy?

One genre is sports fiction from authors Mike Lupica and John Feinstein and legal thrillers, of which Watson said John Grisham is possibly his favorite author. He also likes to read non-fiction, such as biographies about presidents and history, he said.

But sometimes he likes to read outside the norm to get a glimpse of what material other people are reading and their thoughts.

“I like to get a wide variety of opinions,” he said. “I don’t try to stick myself in one genre or one area. I think that’s how you grow a little bit, to read things not necessarily from your own personal point of view.”

When asked if there was something he wanted to specifically note before retiring, Watson said he appreciates the relationship of writing columns for The Herald.

“A lot of people would tell me that wouldn’t necessarily come into the library, they’d read the columns, and sometimes I would like to give them a little personal tidbit occasionally if there was space,” he said. “There’s also something else I learned — when writing the column because of the time difference, you couldn’t talk about something that was going to happen in three days. You had to think ahead a little bit if you’re going to talk about events.”

Inside the library is a board displaying pictures of Watson through the years, where at the top it read, “No One Can Ever Fill Your Shoes.”

When asked how he felt about the saying and if he felt it was true, Watson said he believes somebody will be able to fill his shoes.

“I think the city of Roanoke Rapids is going to find someone that’s going to be suitable, and hopefully, it will be a good mix for the city and take the library to greater heights than I did,” he said. That’s my hope. I hope I have a realistic view of myself, but I try to do my best. I tried to serve everyone that’s come in here.”