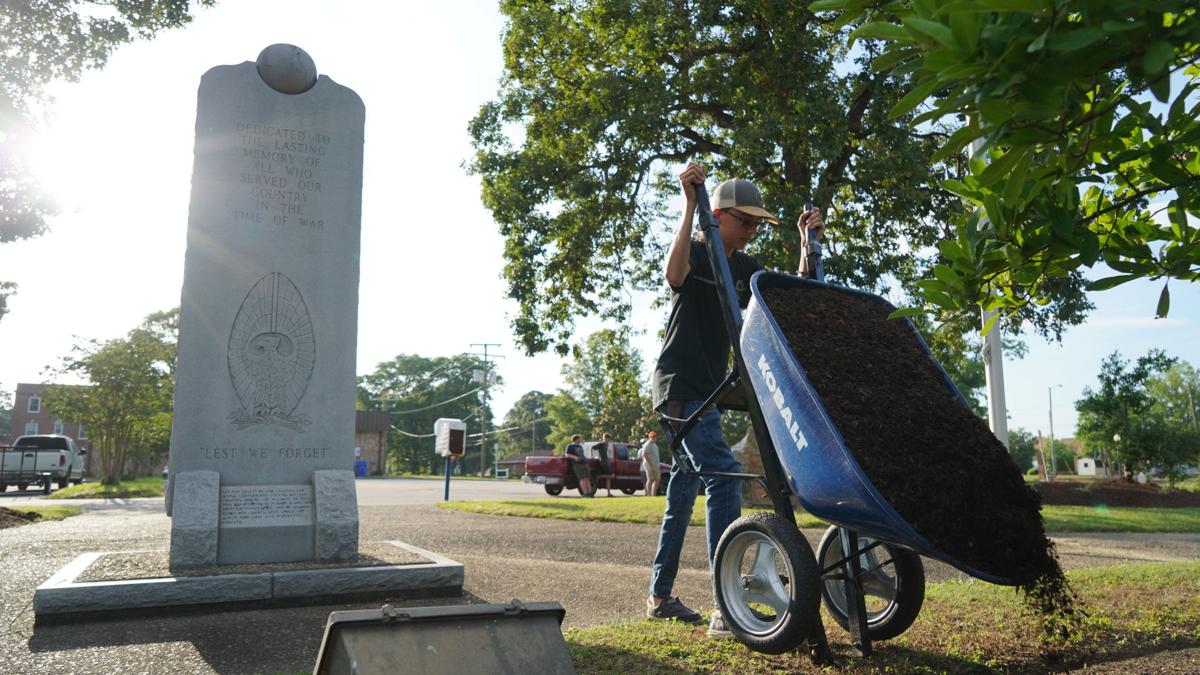 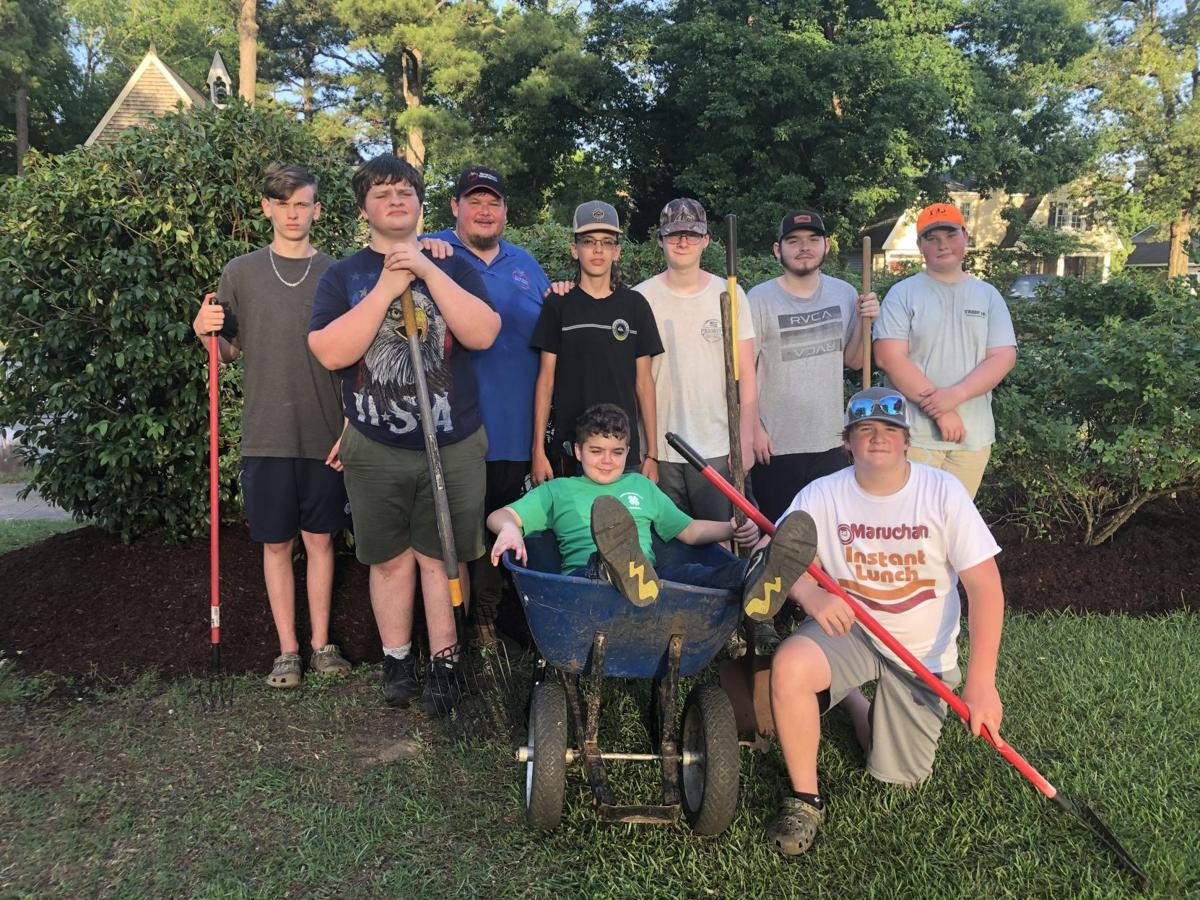 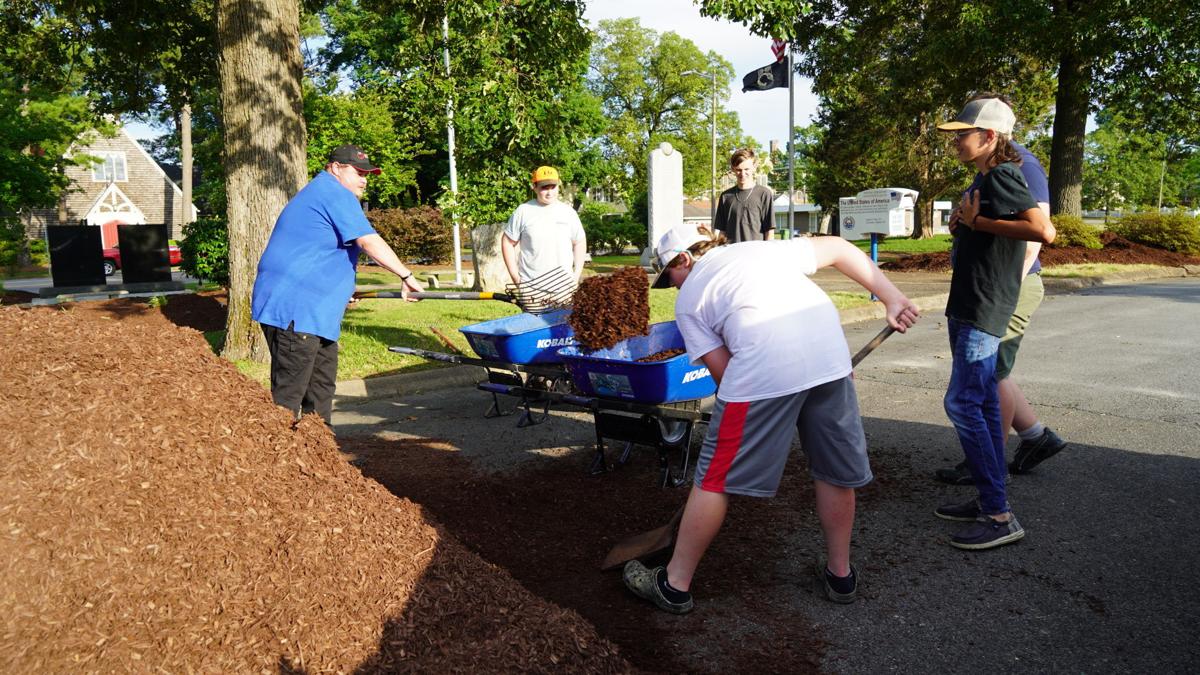 Troop 144 of the Boy Scouts of American in Roanoke Rapids took to a mound of mulch donated by Haggerty’s Steakhouse for the Veterans Park. 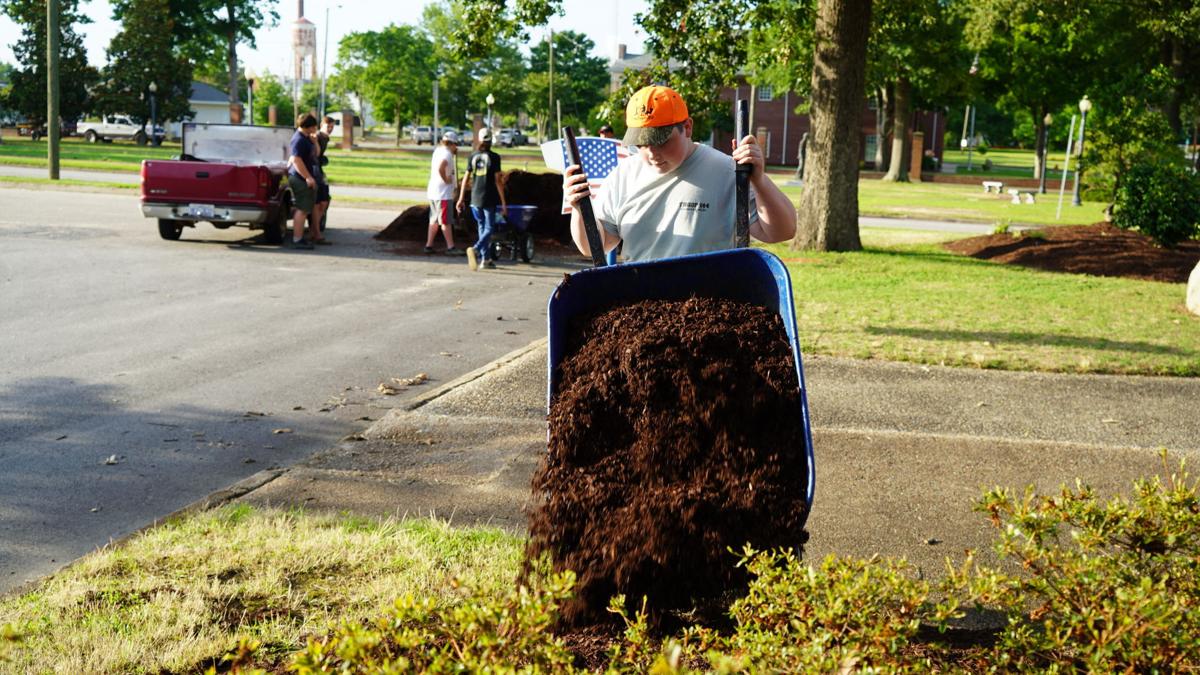 Boy Scout William Anthony Bradley of Troop 144 dumped some mulch in an area of Veterans Park on Monday. 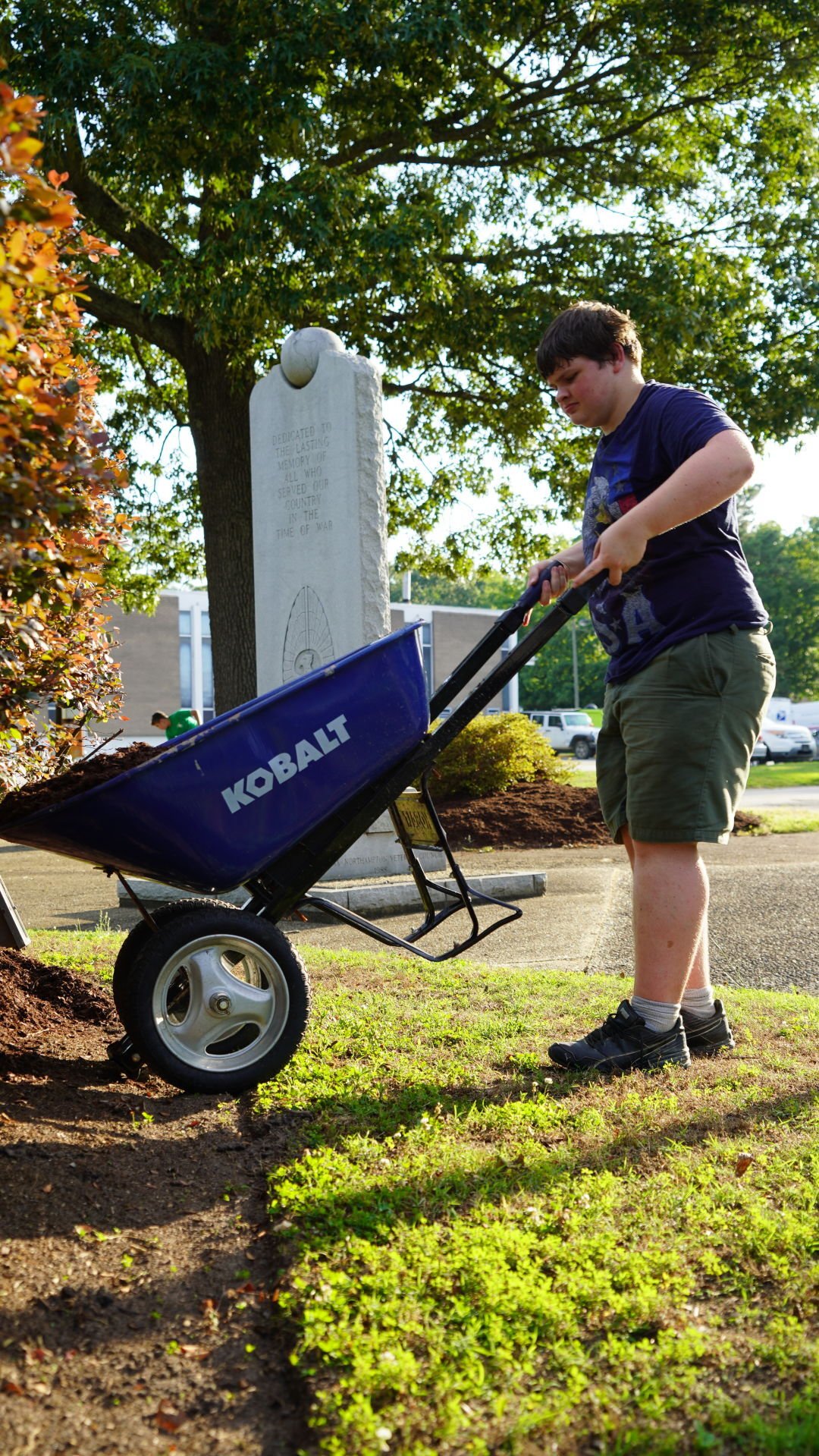 Boy Scout Donald Davis of Troop 144, said he is helping his community by helping spread the mulch at Veterans Park. 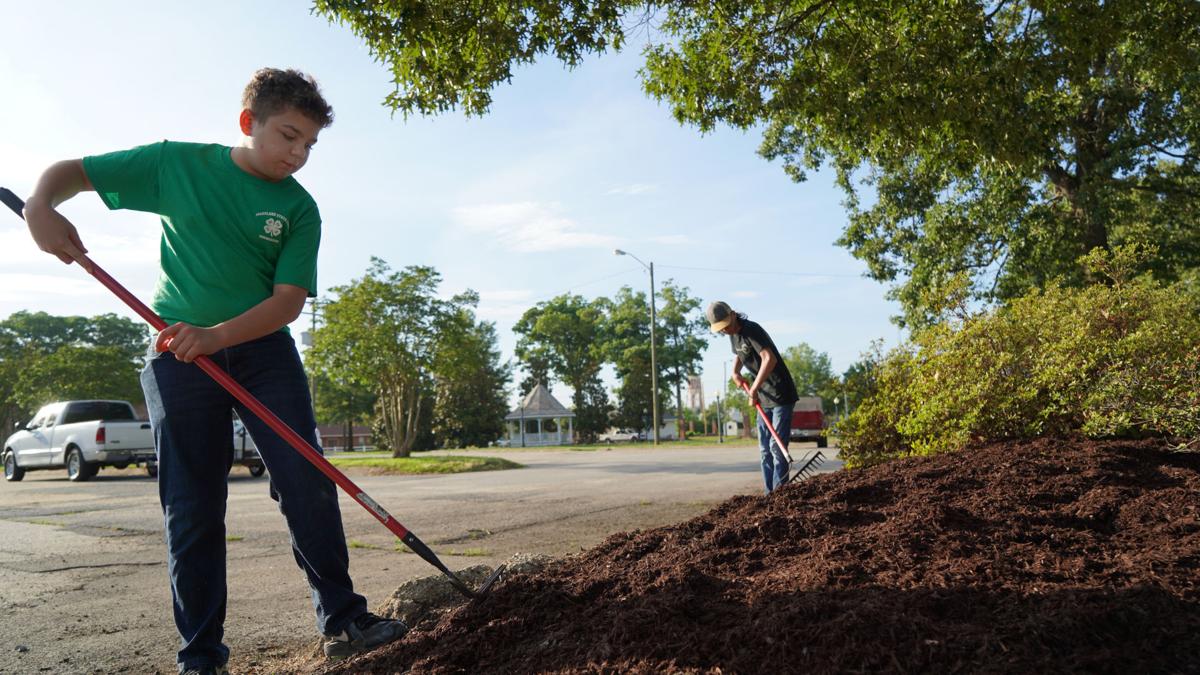 Troop 144 of the Boy Scouts of American in Roanoke Rapids took to a mound of mulch donated by Haggerty’s Steakhouse for the Veterans Park.

Boy Scout William Anthony Bradley of Troop 144 dumped some mulch in an area of Veterans Park on Monday.

Boy Scout Donald Davis of Troop 144, said he is helping his community by helping spread the mulch at Veterans Park.

Owners John and Lisa Haggerty of Haggerty’s Steakhouse donated nearly 14 cubic yards of mulch after wanting to do more for the community.

John said the idea spurred after restaurant regulars, Chief Jason Patrick and Deputy Chief Wes Hux of Roanoke Rapids Fire Department, stopped in and mentioned the need for mulch for the department. However, the crew had already reached out, and Lowe’s donated the mulch.

John said Patrick and Hux also showed interest in laying down some mulch at Veterans Park.

“I wasn’t going to turn right around, go to Lowe’s and ask for a donation for that,” he said. “Lisa and I, my wife, wanted to do something for the community. We drive by here twice, three times a day anyway. So, I told chief, I said, ‘You get the mulch delivered, and I’ll pay for it.’ ”

Now John needed help to put down the mulch. He said Scoutmaster Dan Harris of Troop 144 offered to help.

“He comes in the restaurant quite a bit,” he said. “He said if there’s any kind of little work to do, we’d love to do it for the Scouts and do something for the community to help out. I called them immediately and said, ‘I got a job for us.’ ”

“Just like everything else we address it through service and doing things for the community,” he said.

Harris’ stepson and chaplain for the troop, 13-year-old Austin Mullaney, helped with spreading the mulch.

“It helps with the community and veterans,” Austin said. “It’s just respect for veterans.”

Boy Scout Nicholas Rawlings, 12, said it is a good service to the community.

“It will help us a lot or some of us, because some of us have to do community service projects,” Rawlings said.

When asked what it means personally to give to the community, John said anything that is dedicated to someone or something, such as the veterans, needs to be cared for and looked after.

“We’re just trying to beautify the town and let them know that we’re here to help,” he said. “We’re here to help the community in any way we can. I do have quite a few veterans come by the restaurant, which we give 10% to each and every veteran that comes in. Whether you’re retired or current member of the military, we just want to give back to the community is all we want to do.”

Troop 144 finished spreading the mulch at about 8 p.m. Monday.

“I believe that anything that comes up in the future, we can assist him, and he may be able to assist us,” Harris said. “It’s all about giving and giving back.”