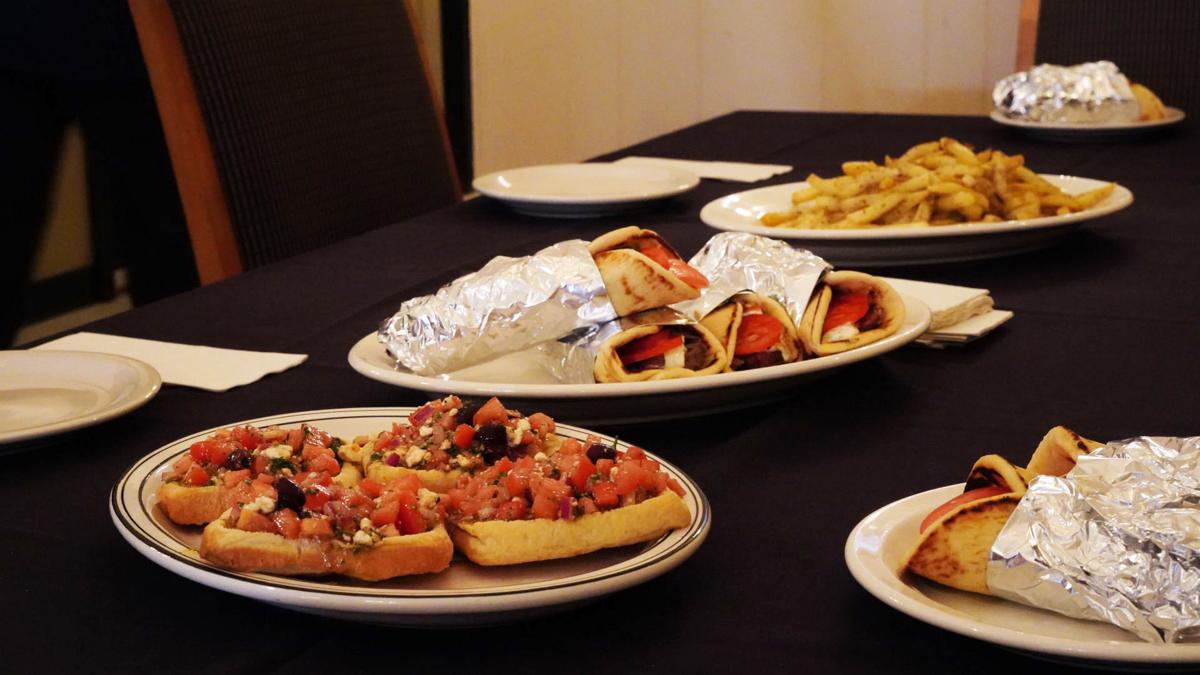 Gyros and other foods are laid out on a table at O Aetos. 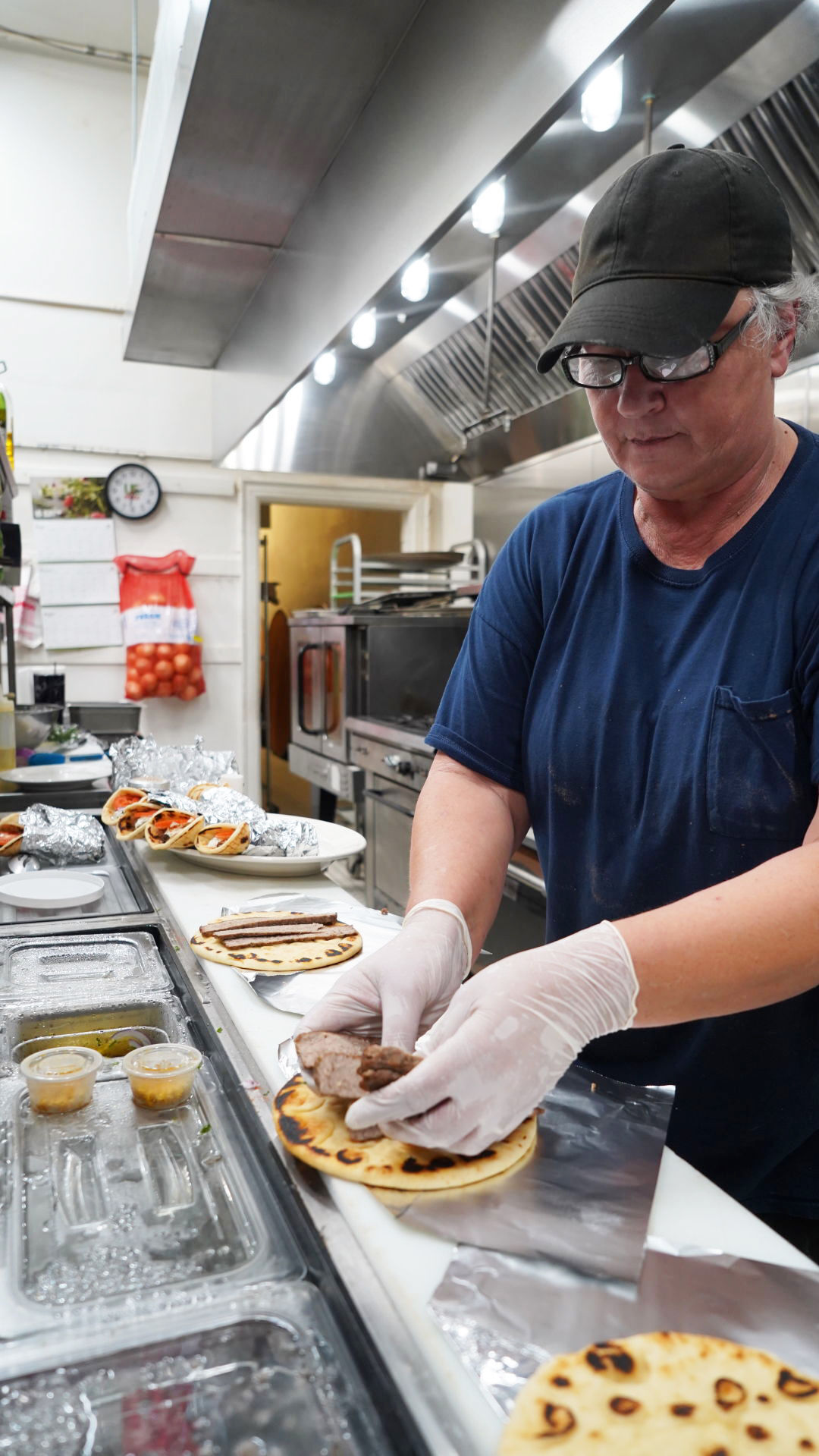 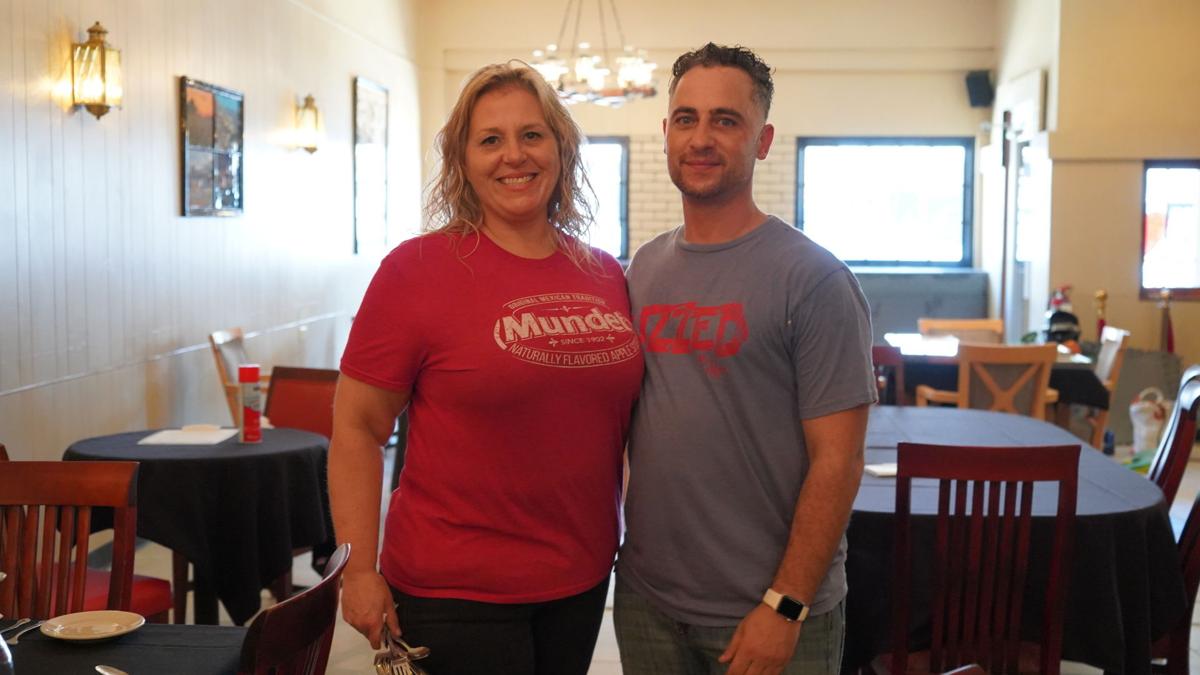 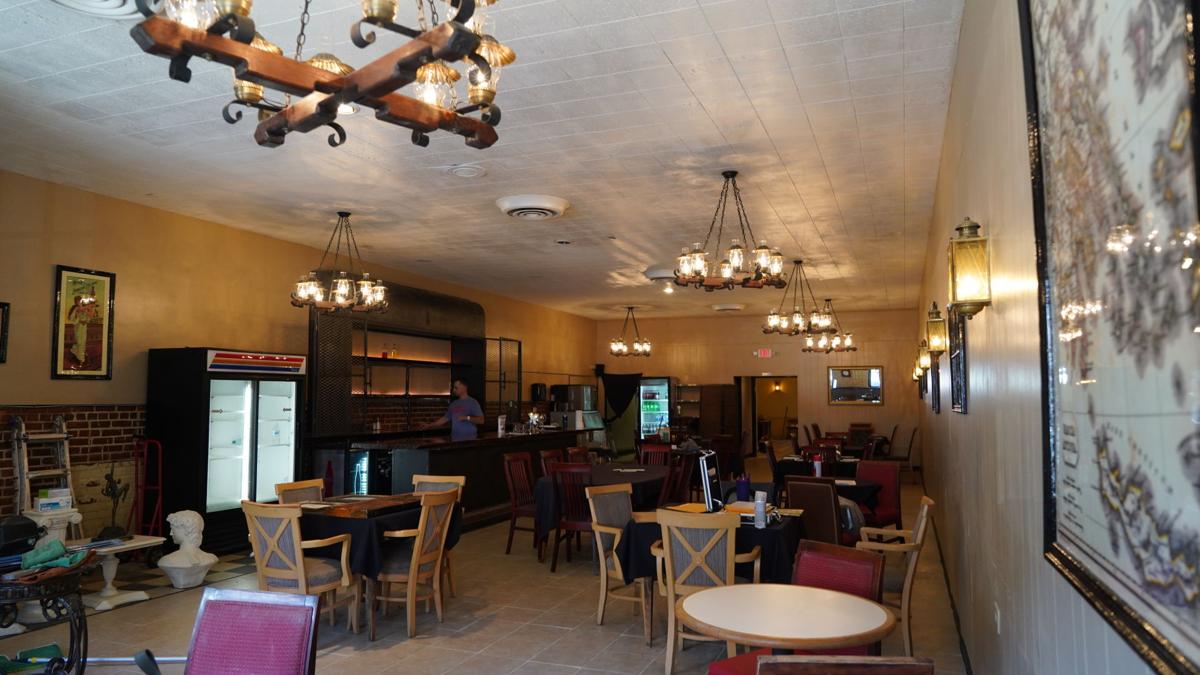 The O Aetos restaurant in Roanoke Rapids will have a soft oepning. 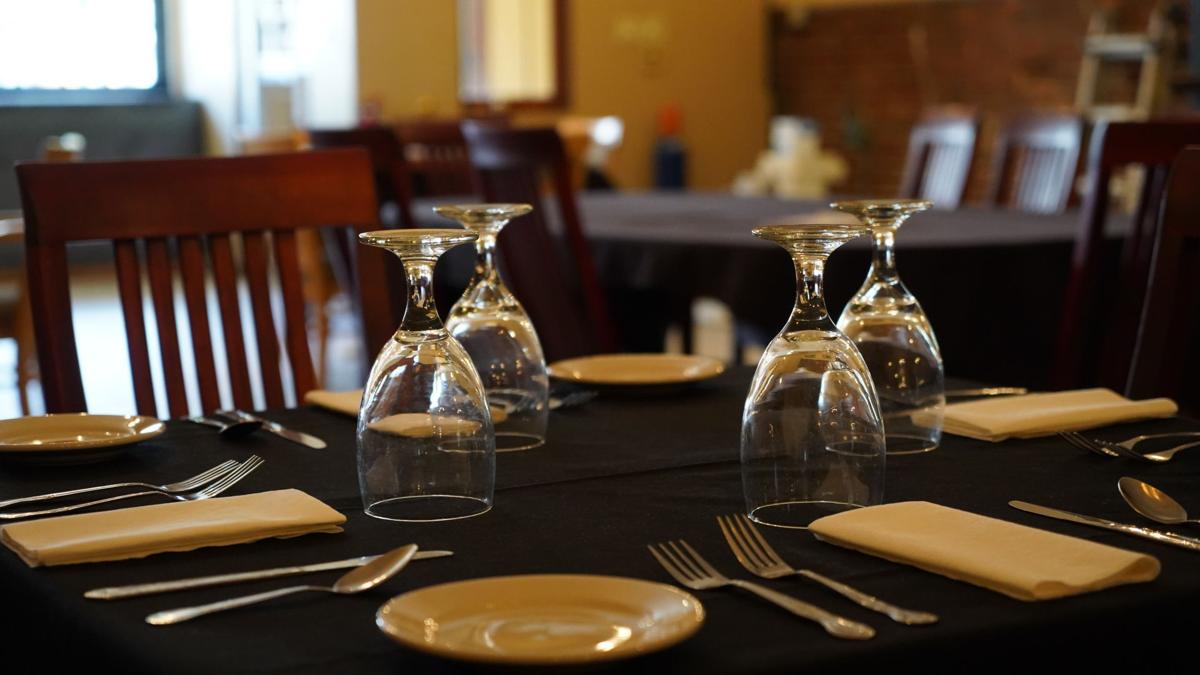 Guests can dine at the O Aetos soft opening Friday and Saturday. 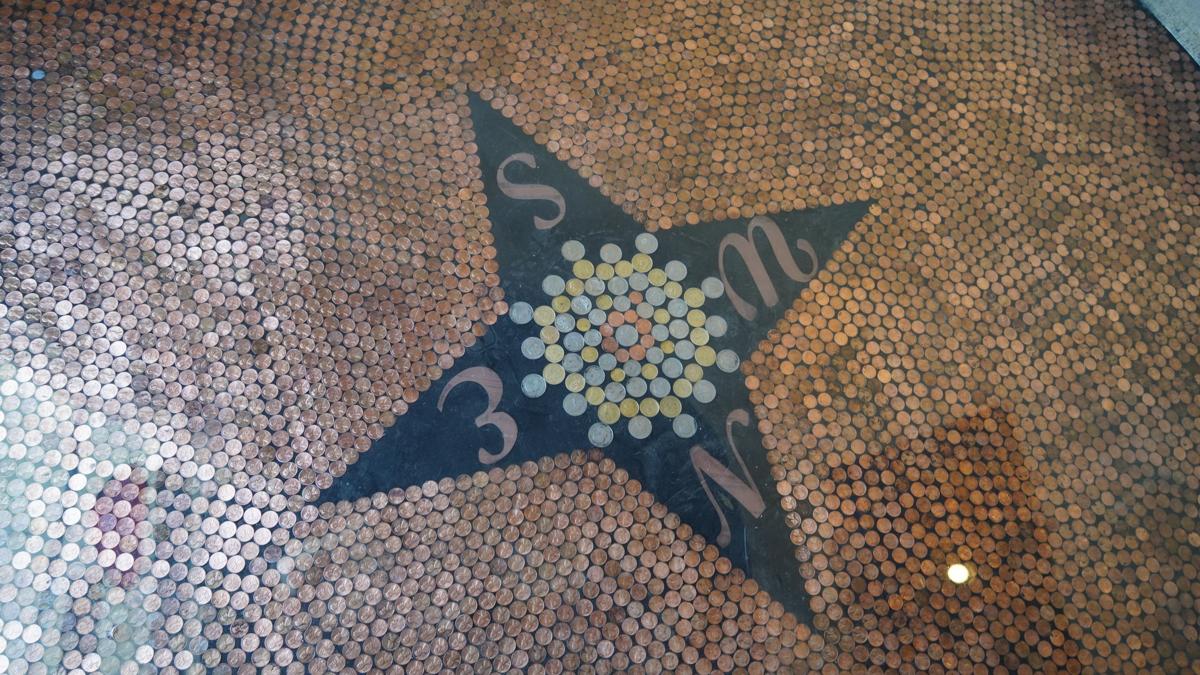 Pennies on the lobby floor of O Aetos are held in place with a layer of epoxy. 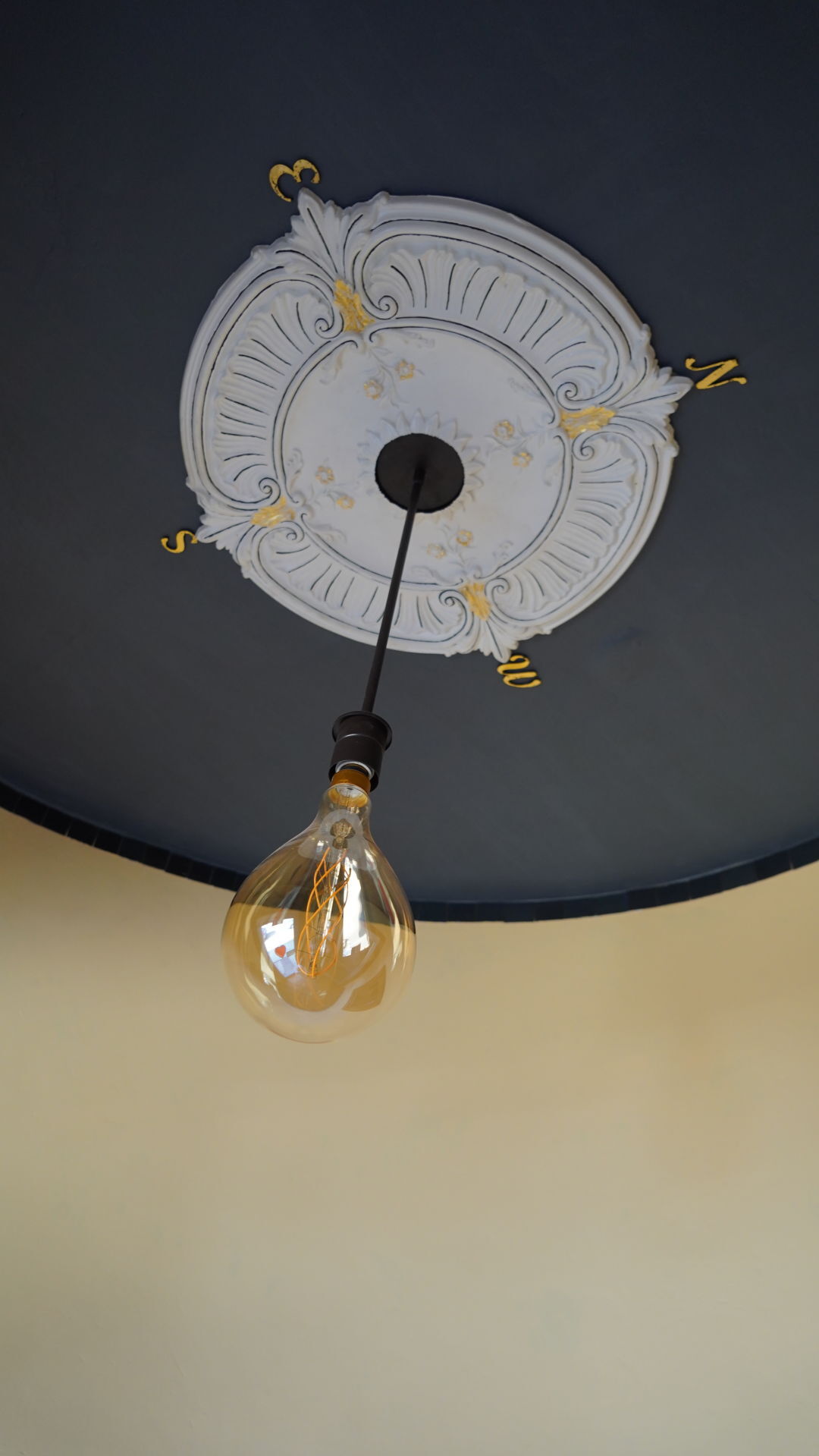 A compass on the ceiling of the lobby. 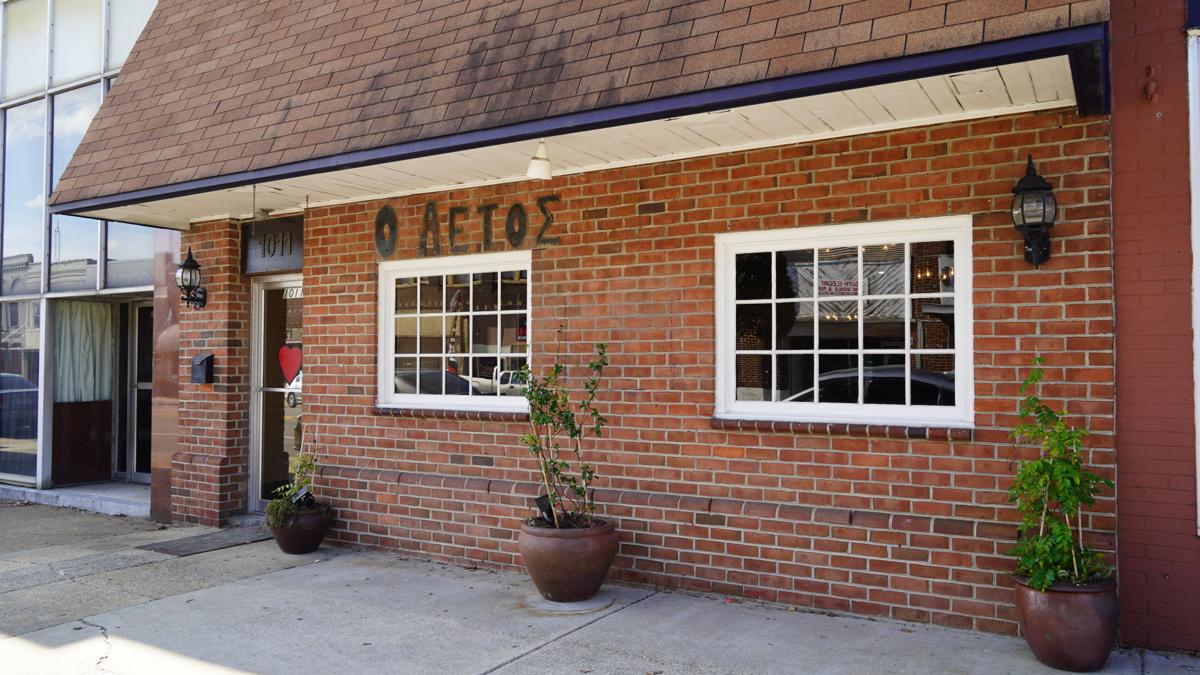 A soft opening will happen on Friday and Saturday for O Aetos.

Gyros and other foods are laid out on a table at O Aetos.

The O Aetos restaurant in Roanoke Rapids will have a soft oepning.

Guests can dine at the O Aetos soft opening Friday and Saturday.

Pennies on the lobby floor of O Aetos are held in place with a layer of epoxy.

A compass on the ceiling of the lobby.

A soft opening will happen on Friday and Saturday for O Aetos.

The time has come for the Mediterranean and Continental restaurant O Aetos (oh-I’-toes) to hold its soft opening on Friday and Saturday.

The two-seated evening experience will bring a four-course menu for $50 per person with entree selections ranging from rib-eye steak, pan-seared salmon, roasted Asian pork loin to lemon Parmesan chicken. The menu also consists of sides, desserts, and appetizers, such as a plate of feta and olives, octopus or kofta taco.

Though the restaurant is ready for the weekend, owners Teresa Chichester, Sofia Phelps and Zacharias Sitzanis, said they were expected to open on Feb. 26.

Chichester said they were all excited to participate in the 2020 Shamrock Stroll, where businesses on the Avenue invited guests to visit their establishments for food and to see what the business had to offer.

However, the event, like many others, were canceled due to the COVID-19 pandemic.

“When that was canceled, it just had a feeling of foreboding about it,” Chichester said. “And things have just been very struggled oriented since then.”

For many months, several businesses across the state were restricted from allowing indoor dining.

“Actually, it helped us out a lot because we got a lot of stuff done in the meantime,” he said.

The food the restaurant offered before its closing received positive feedback and made regulars, Sitzanis said.

Perhaps many have wondered how and why O Aetos came to the Avenue, which Chichester said began as a project that she had been working on that included purchasing the Halifax Farmers Supply building for the location of the restaurant.

“But the price tag associated with that venture was $1.5M,” she said. “And for a first-time restaurant tour that was not going to get backed.”

David Watson, former owner of David’s Restaurant, closed his business down on the Avenue last year.

Knowing that the location of the former business was on the market, Chichester said she and the others were not interested at first since she had been there before and her son worked there. However, it was not until Watson reached out to her personally to look at the location, she said.

“I called Sofia and said, ‘I’m going to go take a look at this place, and I want your feedback on it,’ ” Chichester said.

Sofia was at home near Lake Gaston at the time of the phone call and went outside after the phone call. It was then that she saw an eagle on the ground, Phelps said.

Chichester said Phelps had seen eagles in the area before on power lines and treetops, but that it was unusual because the eagle was sitting on the ground.

“She said it made her feel very sad because she felt like something was wrong,” she said.

Upon a closer look, the eagle turned to regard Sofia, Chichester said.

“She realized it was still stationary, and she stepped to the side, and it beat its wings,” she said. “At that very moment, her heart broke because it didn’t move off of the ground. And then it came back, and when it beat its wings a second time, it soared off. It gives me chills right now to think about it. She said that it resonated in her soul.”

The event took a turn when Sofia picked up her phone to call her oldest son, who was in that moment already calling her, Chichester said. Her son’s initial phone call was not about buying the restaurant, but the sign from the eagle was confirmation for Sofia to go forward with the restaurant and make it happen, she said.

“And she got his full support, and then we were lucky because, in November, Zacharias came and joined us,” Chichester said. “All the way from Florida, he put down everything he was doing, and he came to make this happen.”

The restaurant’s name O Aetos is Greek for “the eagle,” she said.

Sitzanis is Phelps’s youngest son, and both were born and raised in Greece.

Phelps said she has been making authentic food for 25 years, and Sitzanis said he had been a chef for 20 years.

“Of course, she was born in Greece, so she was taught from a young age Greek food,” Sitzanis said.

Chichester said Sofia could make original dishes such as Pastitsio and Moussaka.

“There’s many things that you can’t get anywhere else around here, and we make it all right here,” she said. “Sofia’s meatball soup — they are tender, beautiful little meatballs in there, and it really is fabulous.”

Chichester’s son, Alex Howerton, who owns Midgard Forge, said it had been quite the time and effort to get the restaurant ready.

“I think it’s getting ready to start paying off,” Howerton said. “It’s gone from a place that I used to work in and saw so many flaws to the point where I didn’t even want to come in here.”

Upon entering the restaurant, the floor is laid out with nearly $150 worth of pennies held in place with a layer of epoxy, he said.

“We have the compass rose on the floor and the ceiling that matches,” Howerton said. “And it points to true north even though everyone thinks that road is pointing north, it’s actually a little off.”

He is also responsible for placing the metal cage at the cocktail bar, and the wooden countertop is also layered in epoxy.

Sitzanis said he is really proud of everyone for their hard work.

“We’re hoping it will pay off,” he said.

“We just look forward to being proud when the people walk through the door and to see the looks on their faces,” she said.