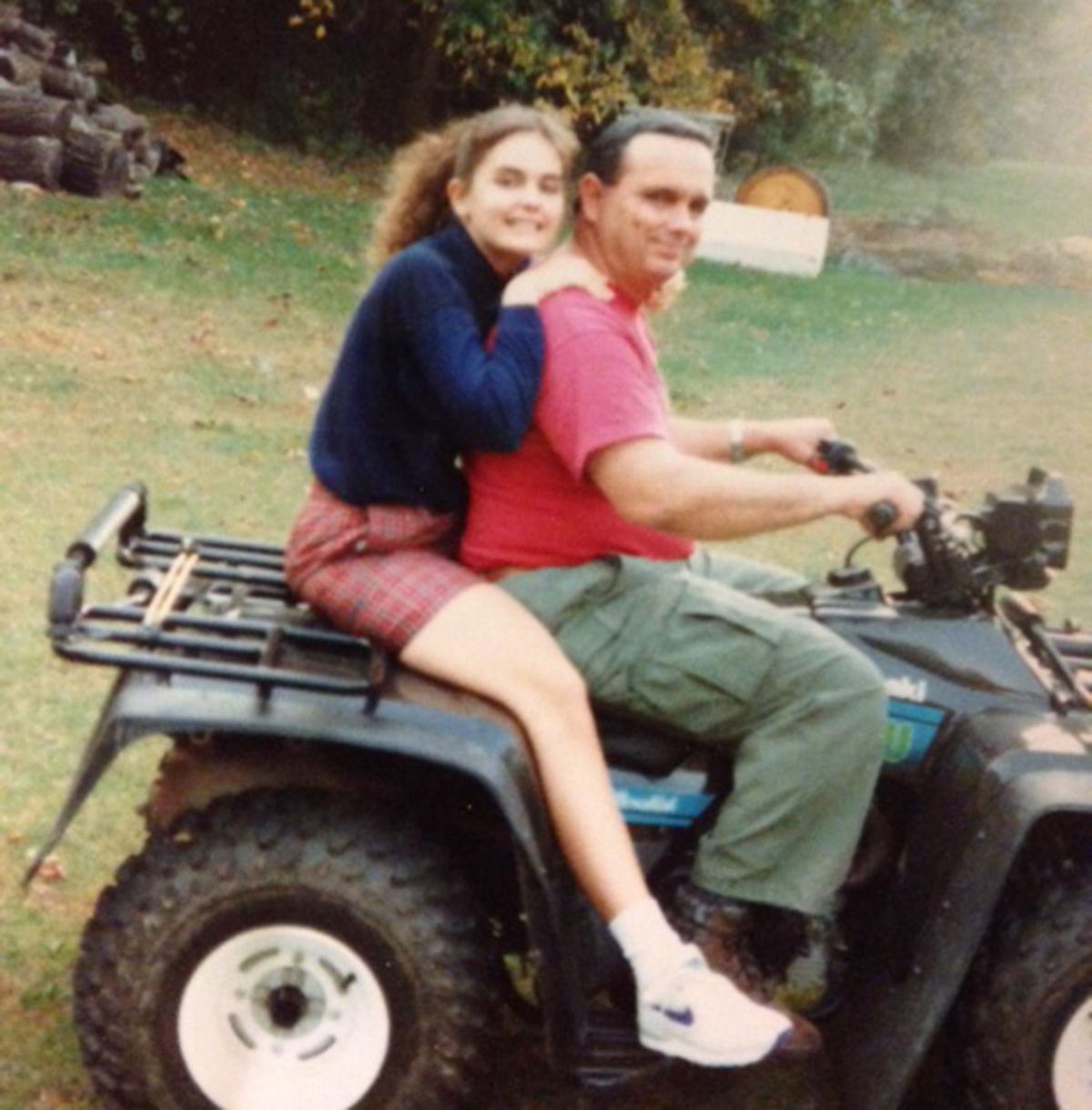 Christina and her dad, Carl Peoples, are pictured riding his 4-wheeler in their yard on Vance Street in Roanoke Rapids. 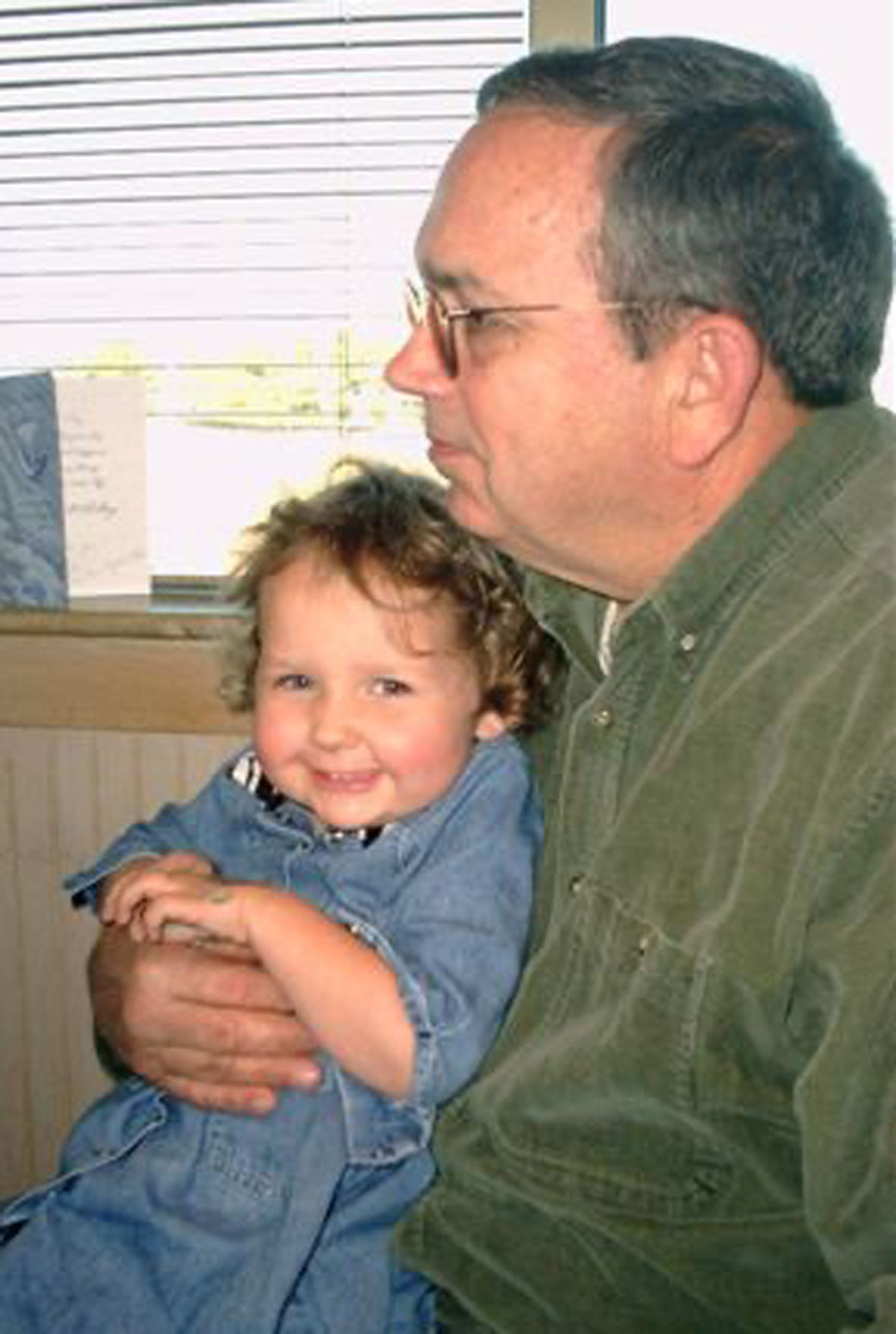 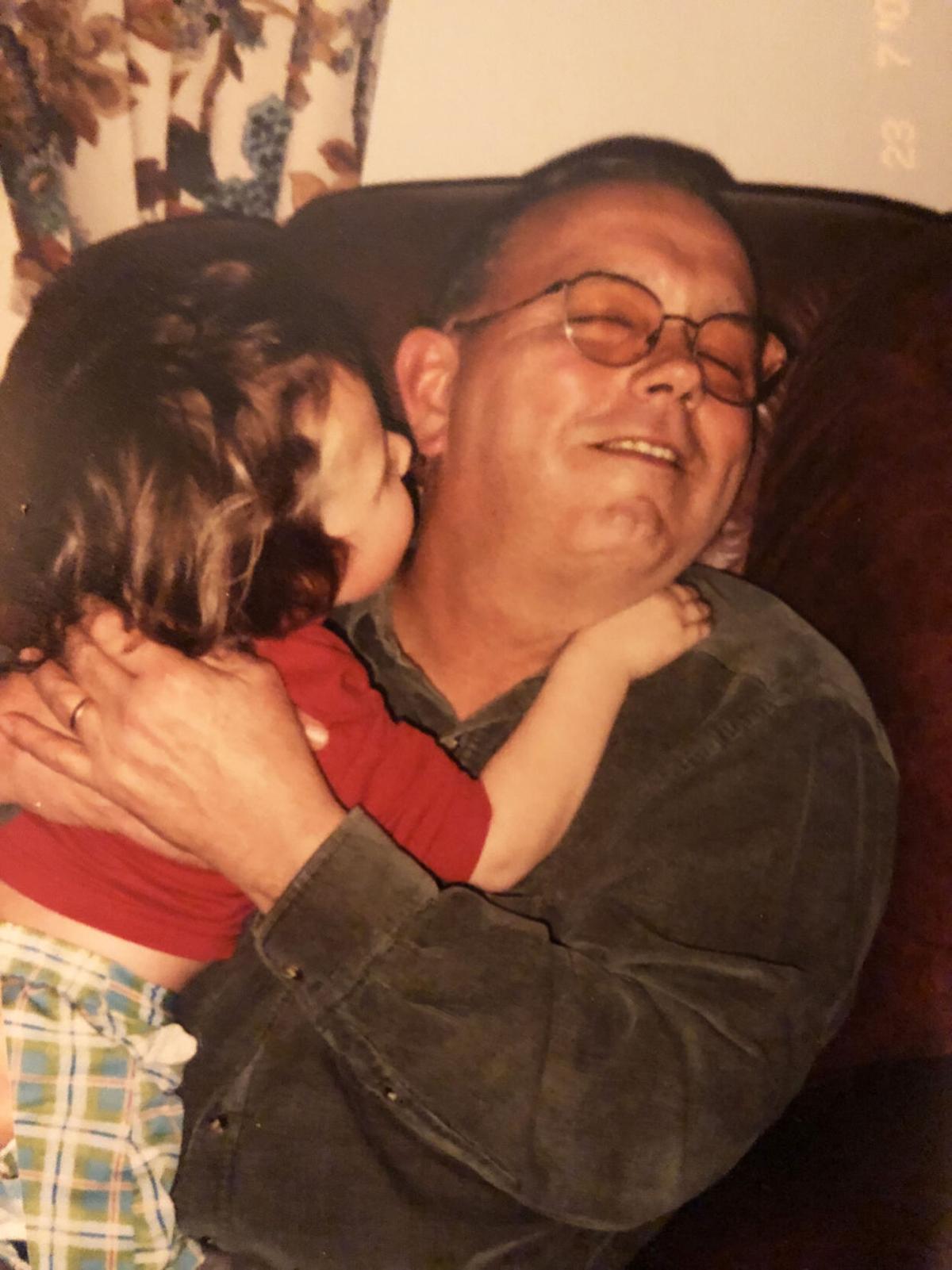 Carl Peoples is pictured getting love from his granddaughter. 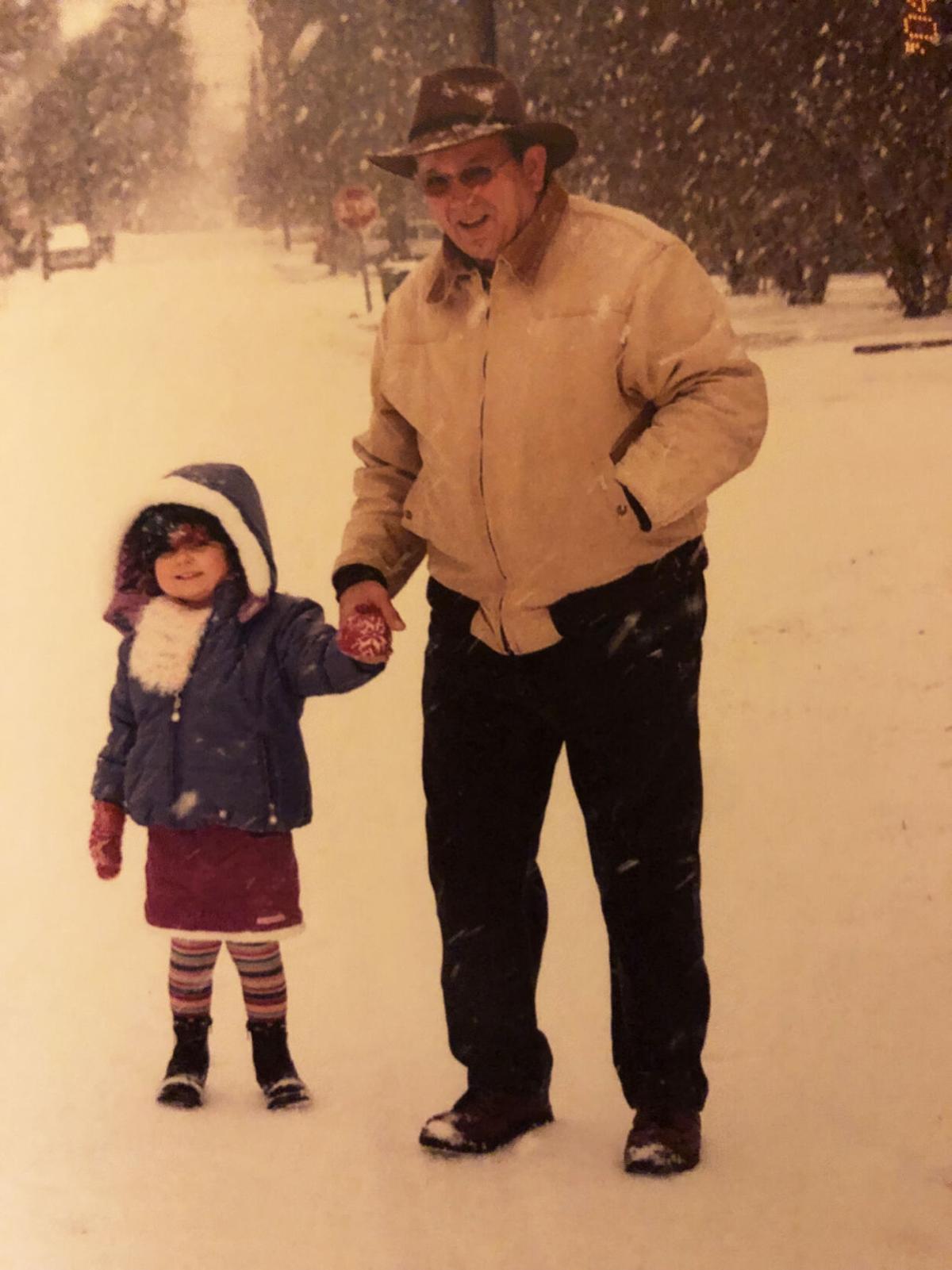 Carl Peoples is pictured in the snow with his granddaughter. 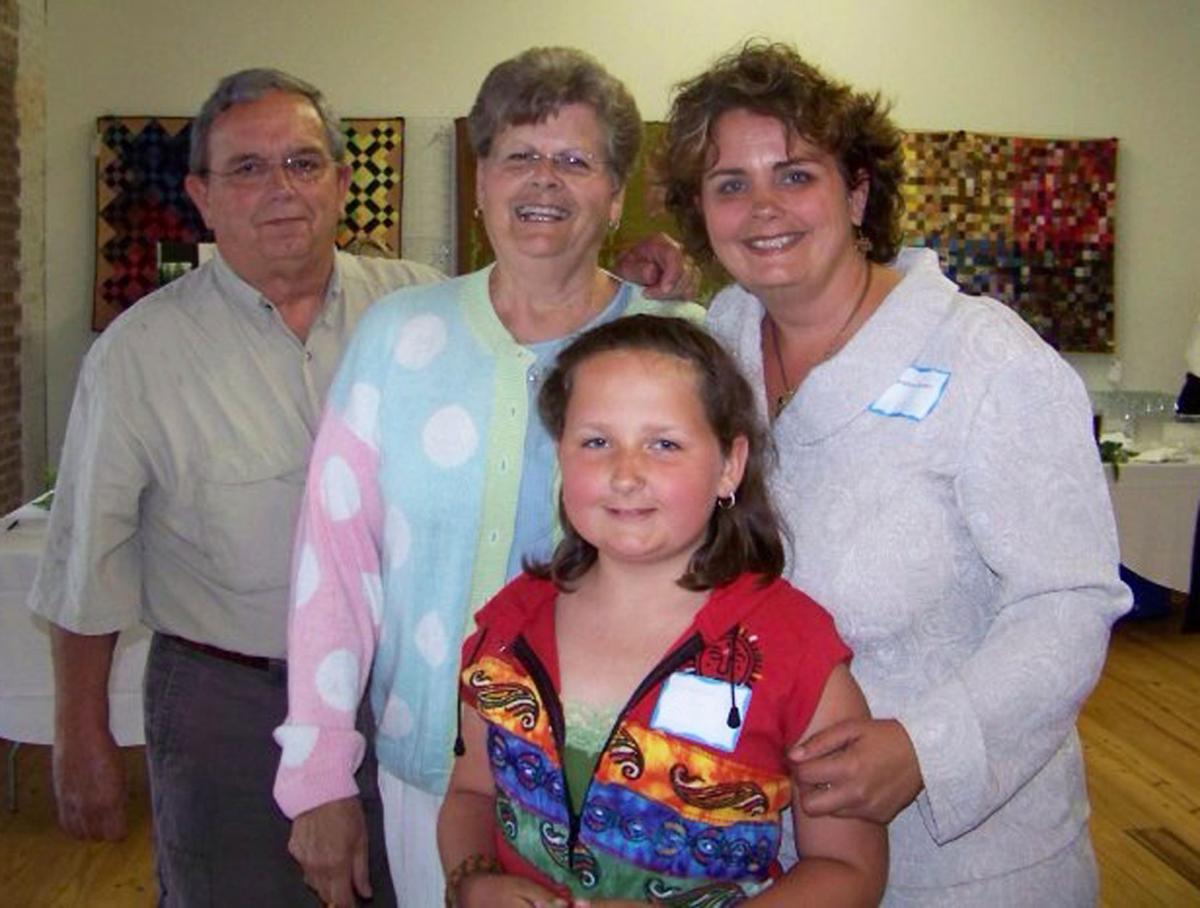 Pictured are Carl and Norma Peoples, Christina and her daughter. 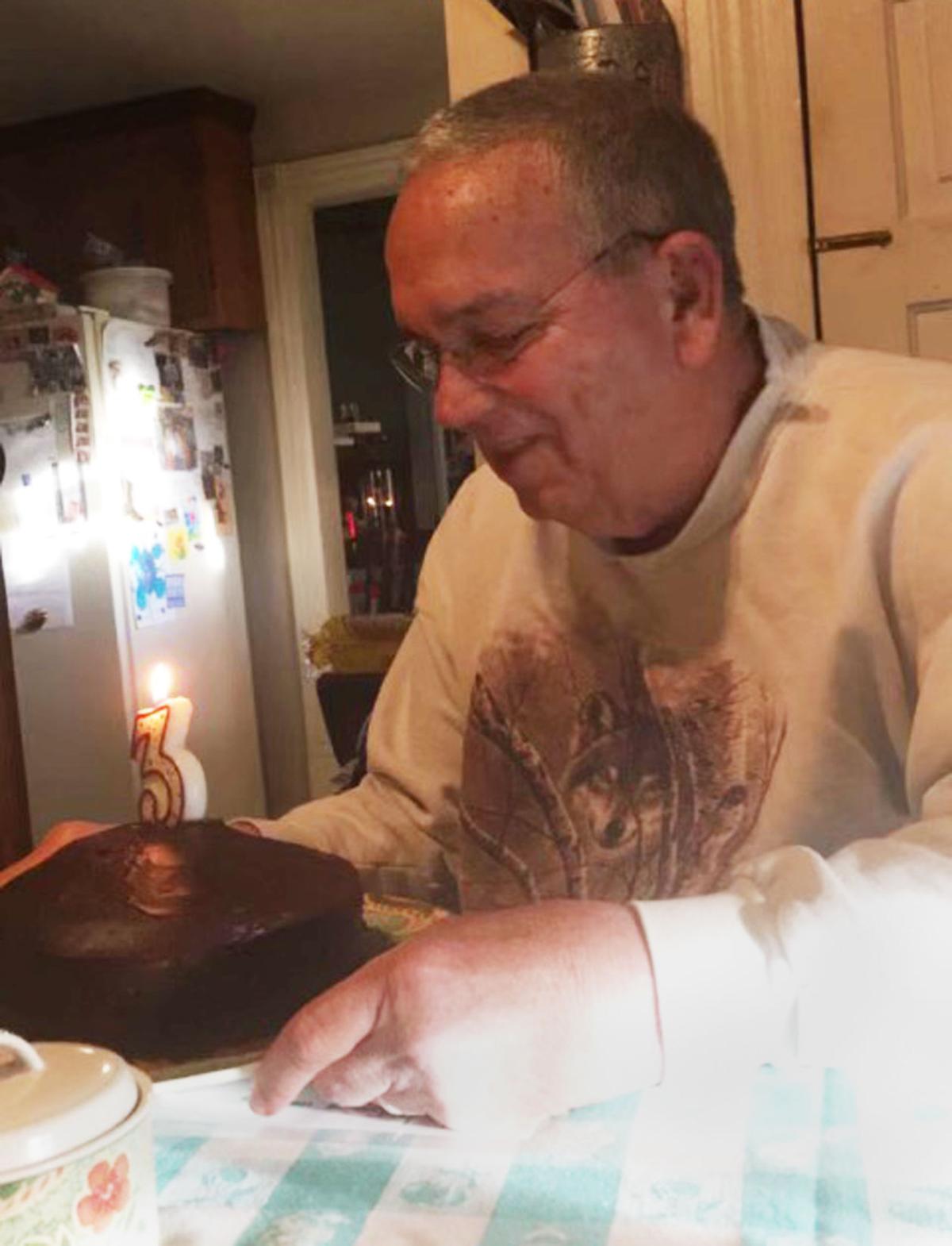 Carl Peoples is pictured as he celebrated a birthday. 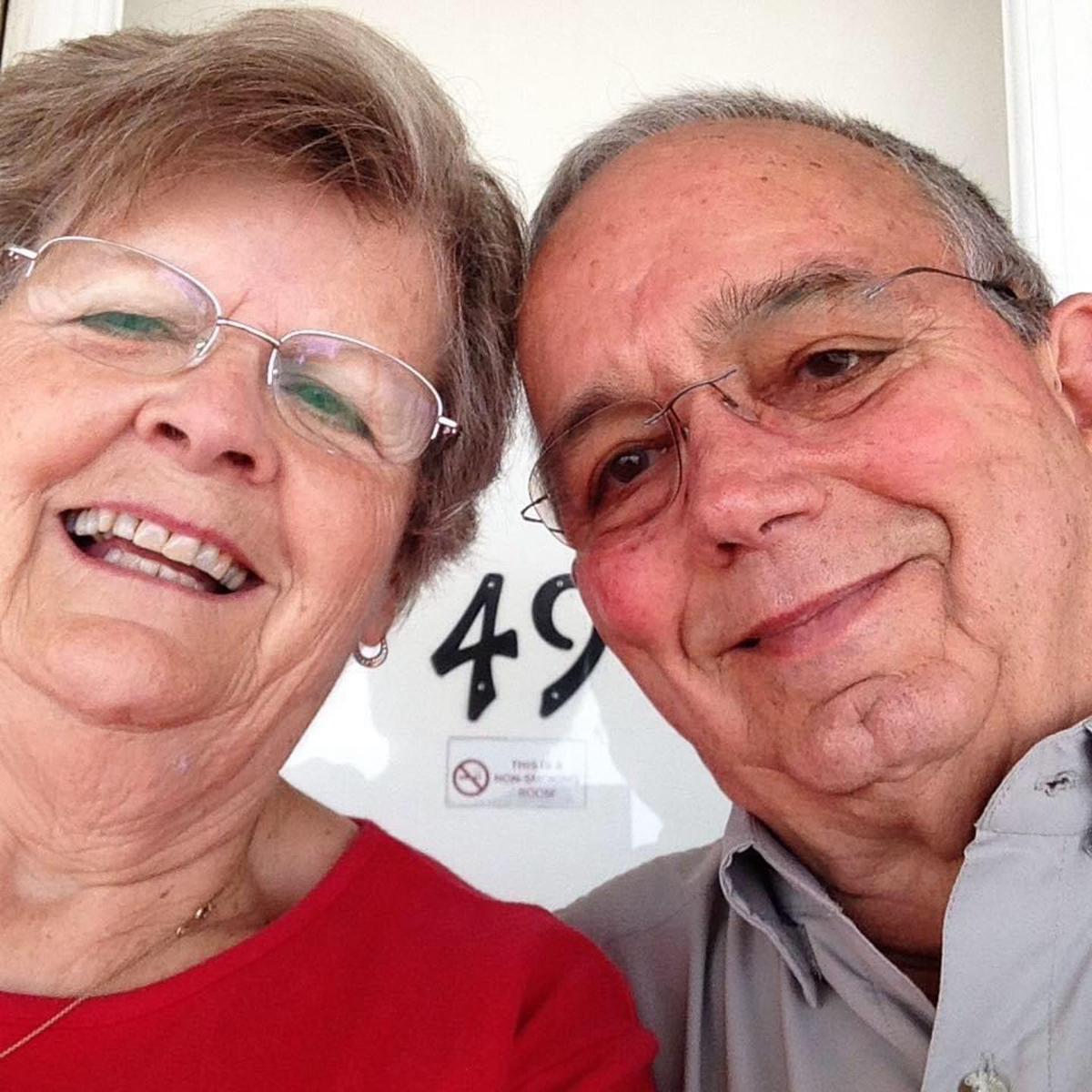 Norma and Carl Peoples are pictured during an anniversary celebration. 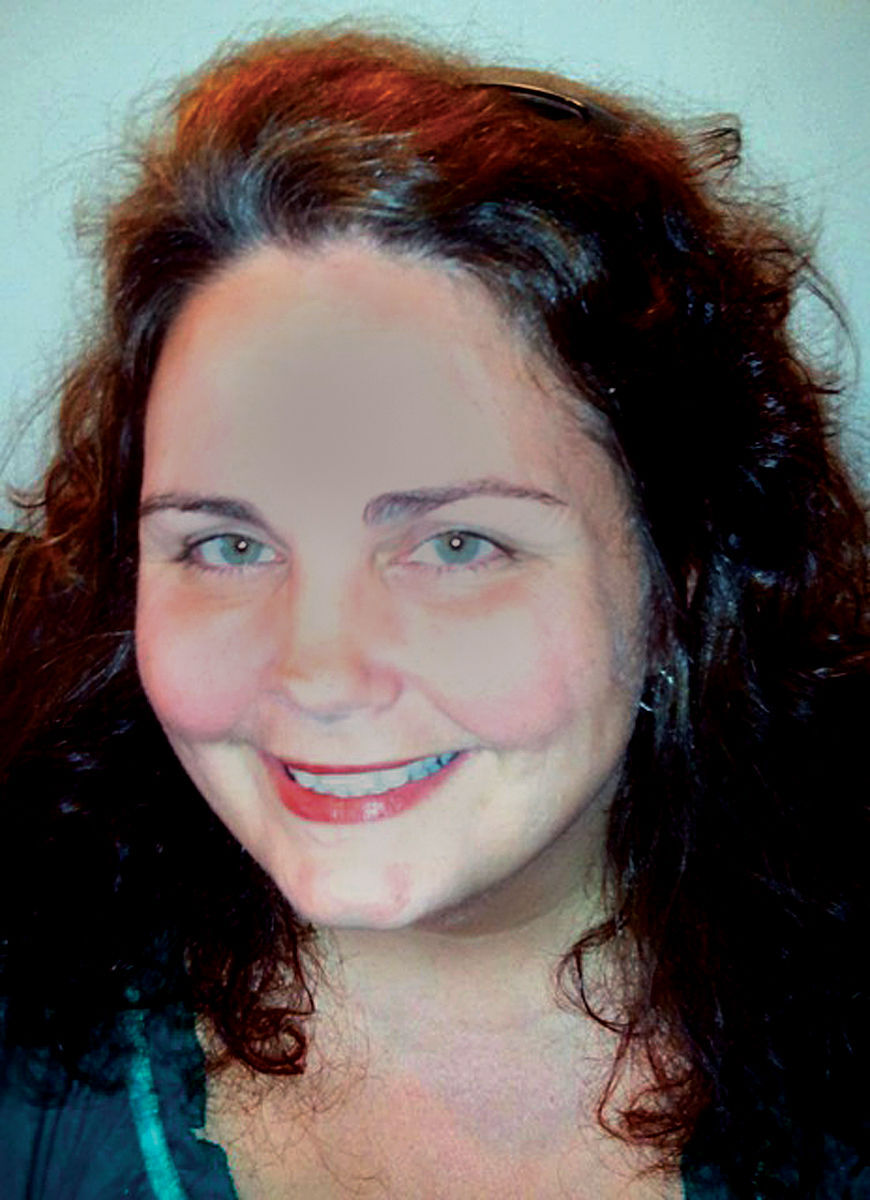 Christina and her dad, Carl Peoples, are pictured riding his 4-wheeler in their yard on Vance Street in Roanoke Rapids.

Carl Peoples is pictured getting love from his granddaughter.

Carl Peoples is pictured in the snow with his granddaughter.

Pictured are Carl and Norma Peoples, Christina and her daughter.

Carl Peoples is pictured as he celebrated a birthday.

Norma and Carl Peoples are pictured during an anniversary celebration.

This Saturday is my father’s birthday. Carl Peoples would have been 78 years old. He has been physically gone from us for more than four years now, but he is a constant and ever-present influence in my life.

I can still hear the depth and warmth of his laughter. I can still picture the kindness of his deep brown eyes and the beautiful way they crinkled at the corners. I still talk to him often when I pray and ask for his guidance in my life, although I could never separate myself from his guiding hand. I was, am now, and will always been a product of my parents, and I could not be more grateful for the way they led our family by example and the way they raised us.

Milestones like his birthday makes me think about the depth of a father’s love. There are a few stories from my childhood that my mom really enjoys sharing over and over. Several of these stories involve pets because I always had an affinity for animals. I don’t remember this event, but once when I was very young and pretty sick with one childhood ailment or another, my dad was going hunting, his usual fall/winter activity. As he was leaving, he asked me if he could bring me anything to make me feel better. For whatever reason, I told my dad that I wanted a black and white kitten. My dad stopped at a small, mom-n-pop shop in our neighborhood to get some snacks and drinks before going hunting. Lo and behold, what had been wandering around their parking lot, but a black and white kitten. (That’s a God thing.) Dad brought the little girl kitten home to me. I’m certain I loved her and felt quite a bit better immediately after she was placed in my arms. I not-so-creatively named her Meowy.

Meowy was an outdoor cat, and as cats often do, Meowy wandered away from home and didn’t return. We got a new cat, a little boy tabby named (again I employed all of my creative juices on this one) Whiskers. Whiskers stayed inside when he was little, but as he got a bit bigger he became an indoor-outdoor cat. Being a young fellow (he was fixed, by the way), he was curious and enjoyed climbing. One January, Whiskers didn’t return home. Well, my mother and I were both heart-broken. We wandered the neighborhood looking for Whiskers. Would you believe that we heard a mournful yowling coming from the top of terribly tall tree? My father reached out to his friend C.W. Williams and asked him if he could rent his crane to get the cat out of the tree. C.W. kindly obliged. My dad went up in the bucket with C.W., who held onto his belt, as my dad leaned out of the bucket for his one shot at grabbing poor Whiskers. Amazingly, he caught him and brought Whiskers down to safety. After that harrowing experience, Whiskers became an indoor cat full-time. My dad, who worked his entire career at the paper mill, heard a great deal of good-natured ribbing from his co-workers for many years about renting a many-thousand dollar piece of equipment in order to save a 50-cent cat. The story made the front page of The Daily Herald (I’m not sure Dad was keen on all that publicity).

Another story comes from my teenage years. By most standards, I was not a child who caused my parents a lot of worry. I did not want to get into trouble or rock the boat, so I pretty much toed the line. One summer when I was acting in the outdoor drama “First for Freedom,” I was hanging out with adults and young people older than I. Our cast traveled up to the old Dockside restaurant at Lake Gaston one night after a show to hang out and listen to a band. I rode with a friend of mine, another good kid, who was two years older than me. Getting to Dockside, we were fine, but trying to come home in the dark, we got turned around. I was well past my curfew and panicking. Remember, this was pre-cell phone. I was pretty confident that I could picture what was happening at home (and I was right). My parents were worried sick. My dad had gotten into his truck to drive the roads and try to find me. He came back when he realized he didn’t have any idea what my friend’s car looked like, so he wouldn’t know us if he passed us. Trying to do what my parents had always told me to do, when we finally found ourselves in the familiar territory of downtown Littleton, I urged my friend to stop at a convenience store, so I could call my parents from a pay phone. When my mom picked up the phone, she was very relieved to hear from me, but when she asked where I was calling from, I could hear my dad get more upset in the background, saying, “Tell her to get off the phone and back into the car. Those girls need to lock the doors and come straight home. They do not need to be wandering around a convenience store downtown in the middle of the night.” I came home and was immediately lectured and grounded, but I was also hugged and told that my parents’ loved me and were so glad I was safe.

I could share so many other stories about my dad. I may be biased, but he was the greatest man I have ever known. My dad also raised us in the Christian faith, making sure I have always felt an intimate connection to my Heavenly Father as well. I began thinking about the depth of God’s love for his children. His love is as deep as the dark of night when the stars led the Magi to the stable in Bethlehem. It is as deep as the waters in which John the Baptist baptized Jesus, who brings living waters without end. The depth of his love is measured in the nails that pierced Jesus’ hands and feet, the thorns that pricked his brow, and the spear driven into his side. God’s love is boundless and made up of forgiveness and sacrifice, so, too, is that our earthly parents.

Happy birthday, dearest Dad. Thank you for the greatest gift of your deepest love.

Christina Wells lives in Halifax with her husband, Bruce, their dog, Sunny, and their cat, Quigley.

Christina Wells lives in Halifax with her husband, Bruce, their dog, Sunny, and their cat, Quigley.