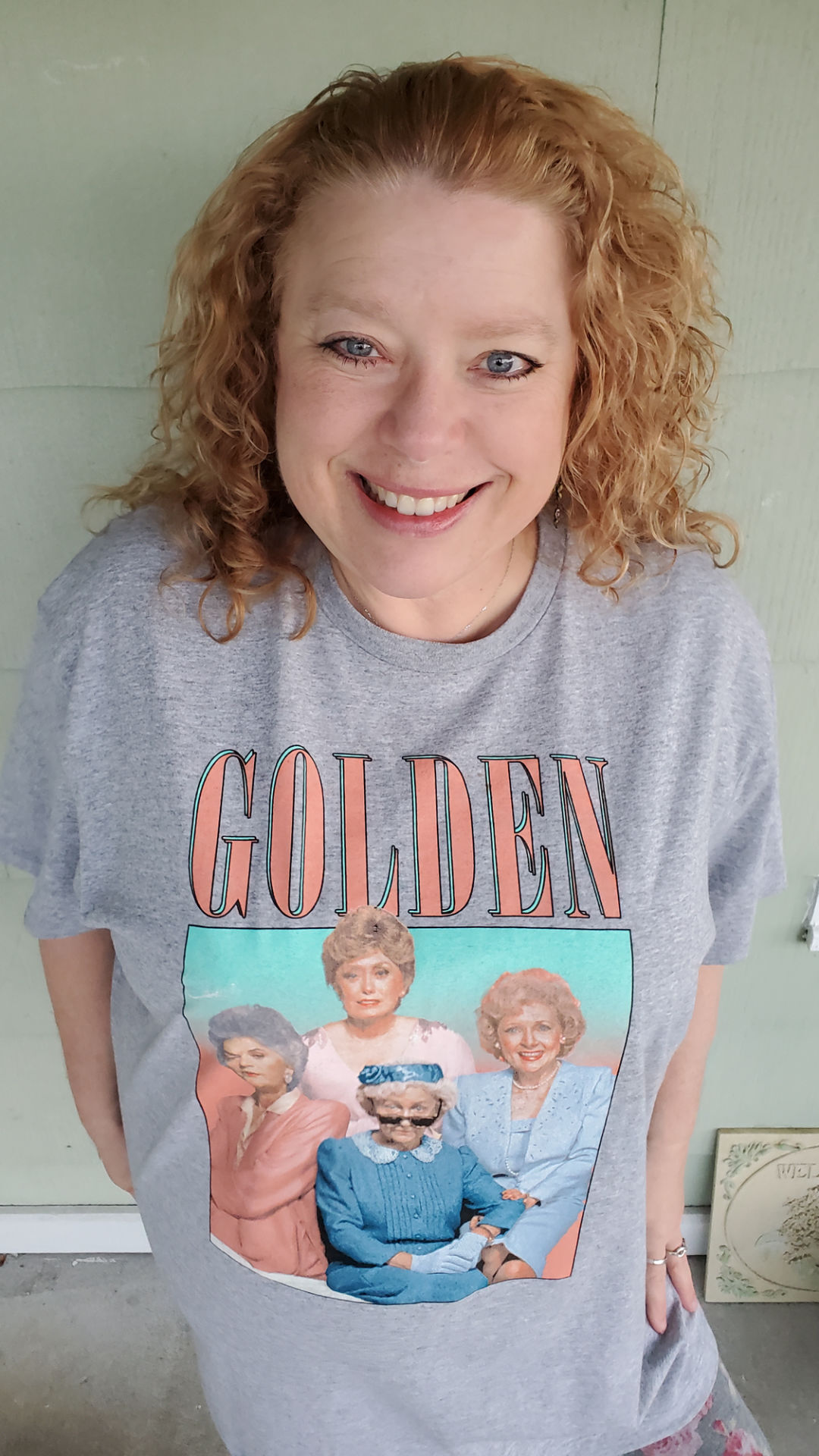 Tia Bedwell poses for a picture in the latest Golden Girls T-shirt she purchased the day before Betty White’s death on Dec. 31.

Pictured is a birthday cake made for Tia Bedwell by her co-workers at The Herald. 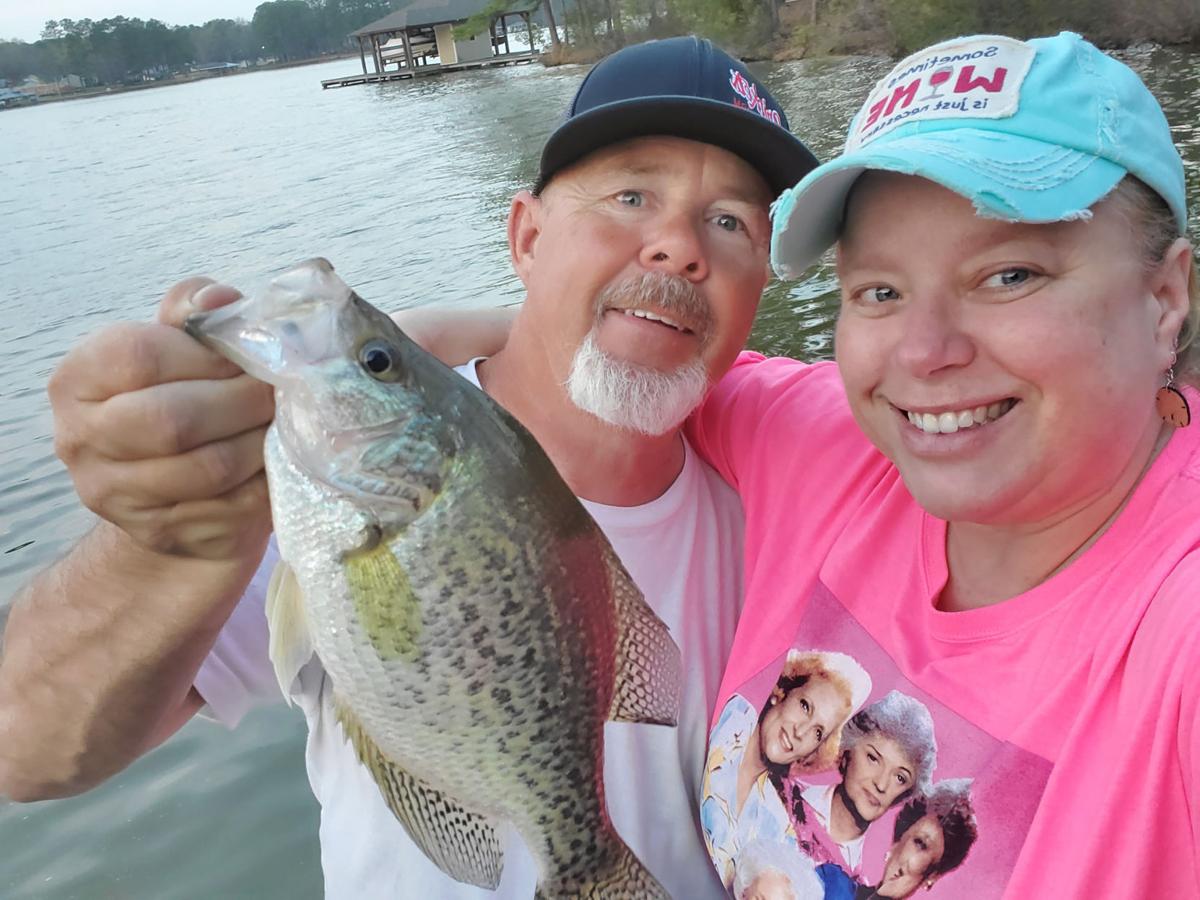 Tia Bedwell is pictured wearing one of her Golden Girl T-shirts while fishing with her fiance, Henry Beale. 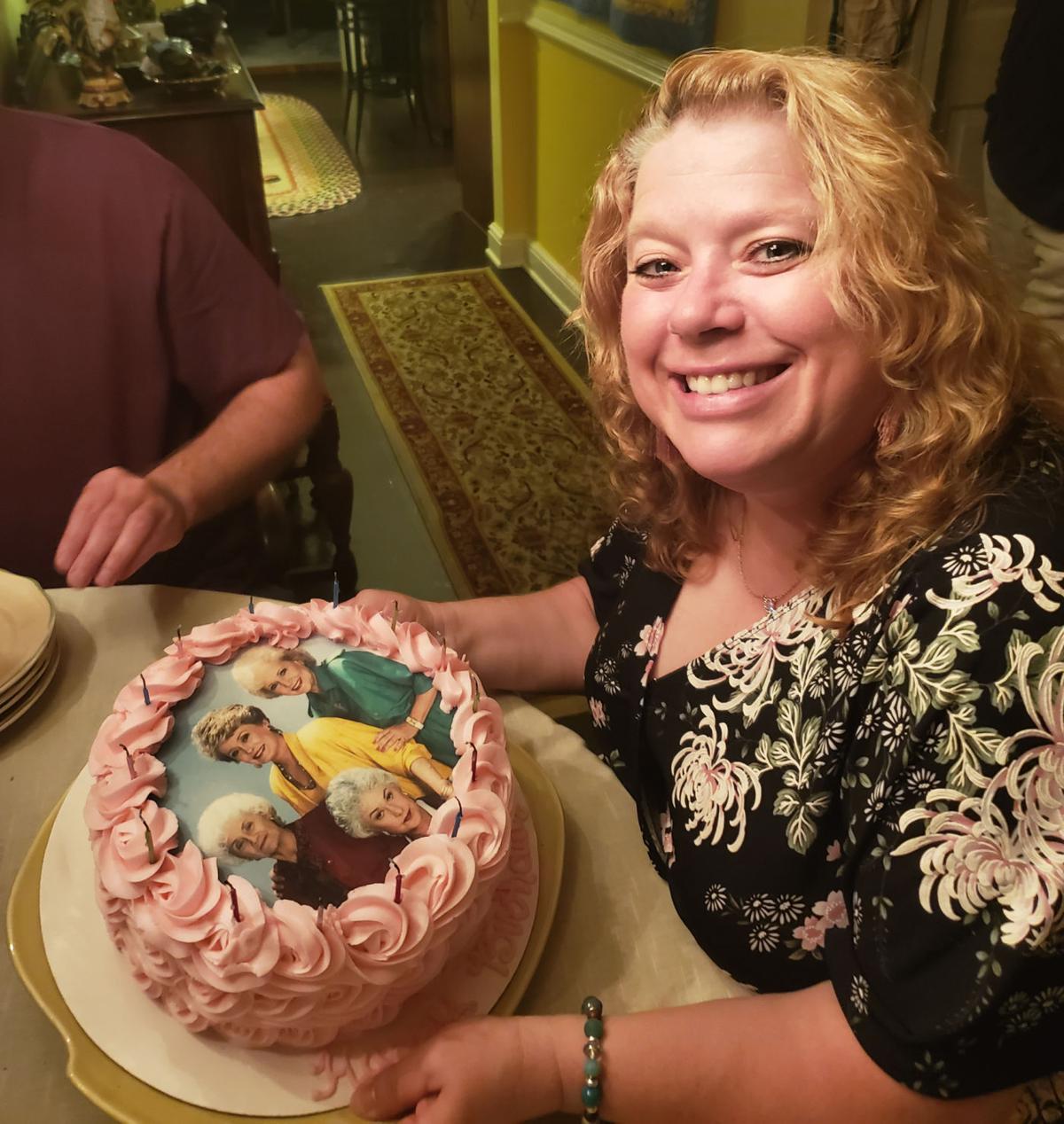 Pictured is Tia Bedwell‘s Golden Girls birthday cake her friend, Tony Hall, made for her birthday. 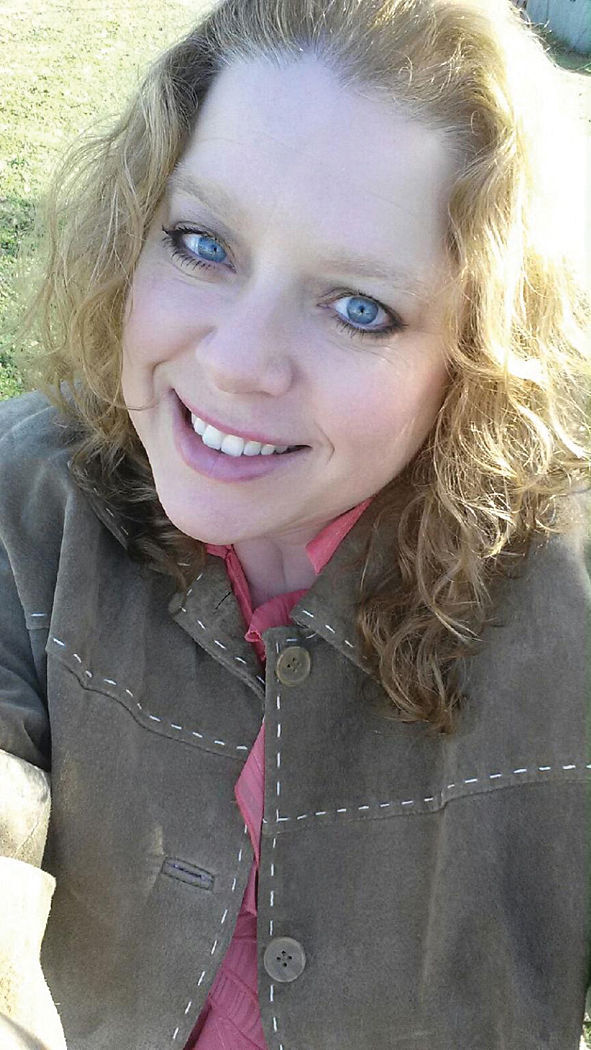 Tia Bedwell poses for a picture in the latest Golden Girls T-shirt she purchased the day before Betty White’s death on Dec. 31.

Pictured is a birthday cake made for Tia Bedwell by her co-workers at The Herald.

Tia Bedwell is pictured wearing one of her Golden Girl T-shirts while fishing with her fiance, Henry Beale.

Pictured is Tia Bedwell‘s Golden Girls birthday cake her friend, Tony Hall, made for her birthday.

I was off on Dec. 31 and just piddling around the house — stuck between relaxing and doing laundry.

On my days off I’m not always glued to my phone, but I picked it up, glanced at Facebook and saw the news — my beloved Betty White had died.

I was devastated and cried like I had lost a family member. I called my fiance in shock, who was fishing, and told him. I returned a call to my friend and co-worker, Richard Holm. He had called to see if I had heard and to check on me.

Yes, I love my girls — “The Golden Girls” featuring Betty White, Bea Arthur, Rue McClanahan and Estelle Getty — and I’m kind of obsessed. Betty was on many shows and in many movies during her career. She was also on another favorite show: “Hot in Cleveland” with Wendie Malick, Jane Leaves and Valerie Bertinelli. She was only supposed to be in the pilot episode, but of course, she stole the show and became part of the permanent cast. Look the show up, it’s hilarious! I had just talked to Richard in the previous weeks how excited I was about Betty’s 100th birthday and the big celebration she wanted to experience with her fans. I follow Betty on Facebook, and I had shared her Dec. 28 post about People Magazine featuring her on the cover: “My 100th birthday ... I cannot believe it is coming up, and People Magazine is celebrating with me! The new issue of People is available on newsstands nationwide tomorrow.”

I was going to write my column about her celebrating her 100th birthday, but now I am writing my feelings upon the world losing this fabulous woman.

My best friend Tony Hall messaged me on Facebook that day and said, “Sad day.”

“You’re not silly,” he said. “She was a national treasure.”

I thought, ya know, he’s right, she was! That’s what everyone calls her! I know I’m not the only one shedding tears.

On Jan. 2, I ventured out to Food Lion wearing the new Golden Girls T-shirt I had purchased the day before her death — on the search for that People Magazine. I didn’t find it, but purchased a special magazine just about her and a National Examiner. I never purchase the Examiner, but there was her smiling face on the cover.

In the checkout line the cashier pointed at the magazines and said, “This still doesn’t sit right with me.” I looked behind me and there in the check-out line was a lady wearing a Golden Girls T-shirt. I pointed at mine and gave her a thumbs up. Richard helped me find a tribute commemorative edition from People Magazine at Walmart and my co-worker Rhonda Irby saw my post and brought her copy of the regular magazine to me, so I have a small collection to go with my many GG coffee mugs, some wine glasses, four or five T-shirts, some Rose Nylund PJs and other magazines about my girls.

She almost made it to 100. Several people have shared a tweet with me by Qasim Rashid, Esq.:

“On one hand she was 99 years 348 days old when she died. On the other hand she lived through 24 leap years, i.e. 24 extra days. All I’m saying is mathematically, it arguably checks out that she lived 100 years and 7 days.”

That eases the pain a little, but really 2021? You couldn’t wait until after her 100th birthday?

According to an Associated Press story, a film honoring Betty on her birthday will be released as planned for a one-day showing in more than 900 theaters nationwide, said Steve Boettcher and Mike Trinklein, producers of “Betty White: 100 Years Young — A Birthday Celebration.”

“We will go forward with our plans to show the film on Jan. 17 in hopes our film will provide a way for all who loved her to celebrate her life — and experience what made her such a national treasure,” they said in a statement.

I know there’s plenty to share about her, such as:

• A Facebook campaign for her to host Saturday Night Live, which started because of a Snickers Super Bowl commercial that premiered in 2010. She did host, and this made her the oldest person to ever host SNL. (The show was aired again the night of Jan. 1. I recorded it, of course. The appearance won her a seventh Emmy award. Watch that famous Snickers commercial at youtu.be/IJSL-PNaqJg.)

• She was the oldest person to earn an Emmy nomination. (She won eight in her lifetime. According to billboard.com, she also won a Grammy 10 years ago for best spoken word album for her audio book, “If You Ask Me (And Of Course You Won’t.)

• If she hadn’t been an actress, she would have been a zookeeper.

• She originally auditioned for the role of Blanche on The Golden Girls. (I knew that — Betty switched roles with Rue McClanahan, and I couldn’t imagine the roles being reversed now.)

• She met the love of her life, Allen Ludden, on the game show “Password.”

• She is the Guiness World Record Holder as the Longest TV Career by a Female Entertainer, which honored more than seven decades of her work in television.

• She defied racist demands in 1954. (The Washington Post wrote a wonderful article about this; read it at wapo.st/3qOlYbF.)

Unfortunately, our local theater was unable to get the movie, but it’s being shown not too far away if you really want to go. Visit bit.ly/3r0gtXI and put in your location within 100 miles — some show up that if you are a die-hard fan like me, it’s worth the drive.

Betty is everywhere, especially showing up on my Facebook timeline. One black and white photo I shared featured her with her three dachshunds — I knew we were kindred spirits.

There have been Betty White quotes shared which shows her passion for animals:

• “You can always tell about somebody by the way they put their hands on an animal.”

• “Animals don’t lie. Animals don’t criticize. If animals have moody days, they handle them better than humans do.”

Betty is a woman after my own heart. I always encourage folks to help your local animal shelter. In the Roanoke Valley, it’s Rainbow Animal Rescue.

A campaign has started in honor of Betty White. Maybe you have seen it on Facebook?

“Wouldn’t it be great if on Jan. 17, 2022, all animal shelters are flooded with donations in Ms. Betty White’s name. That would be a wonderful gesture for what would have been her 100th birthday. America, please, let’s do this for her. We all know her love for animals and taking care of them was her life mission. Just a thought. Let’s do this!!!” #BettyWhiteChallenge

You can help our rescue with its latest fundraiser — to upgrade the housing for the small breed dogs and puppies. Please make a donation, even if it’s only $5, in Betty’s honor at bit.ly/32MSnYc.

I saw this editorial cartoon featuring Betty White sporting her wings at the Pearly Gates with three dogs and a cat by her side. Saint Peter is checking his notes and read to her, “It says so much about your life and legacy if people think you died too soon at 99.”

This is so, so true. Thank you, Betty White, for being our friend. You will be missed down here.