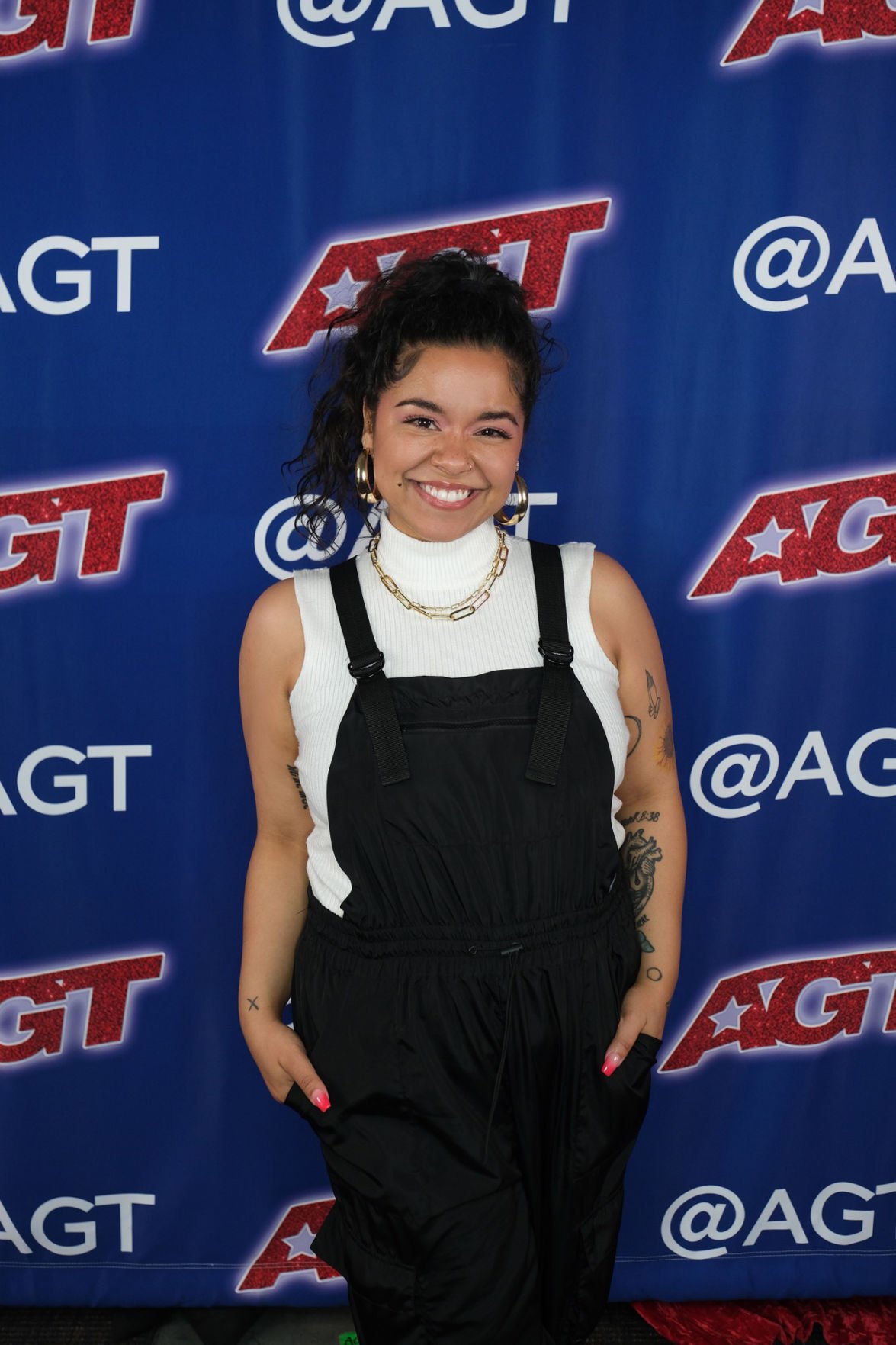 Brooke Mills Simpson has started her journey on America’s Got Talent. 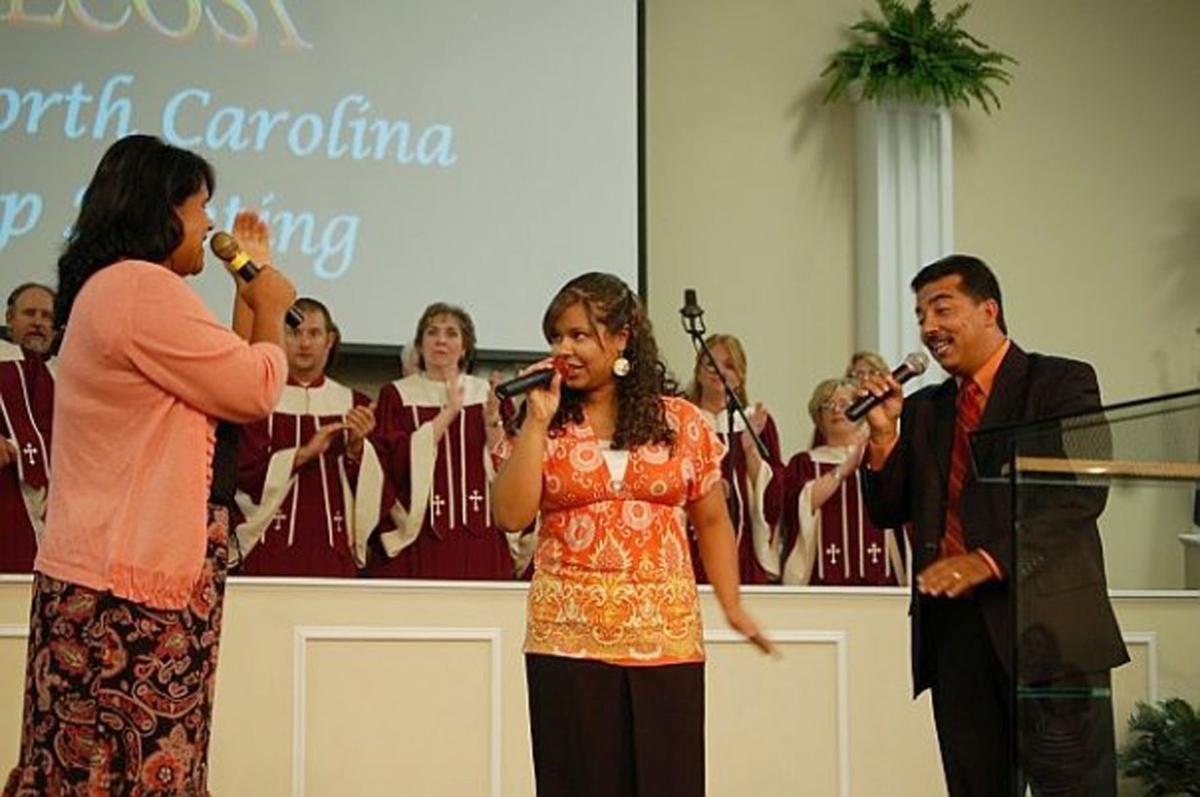 Brooke Mills Simpson performed with her mother, Jimille, and her father, Mike, as part of The Mills Family gospel singing group. 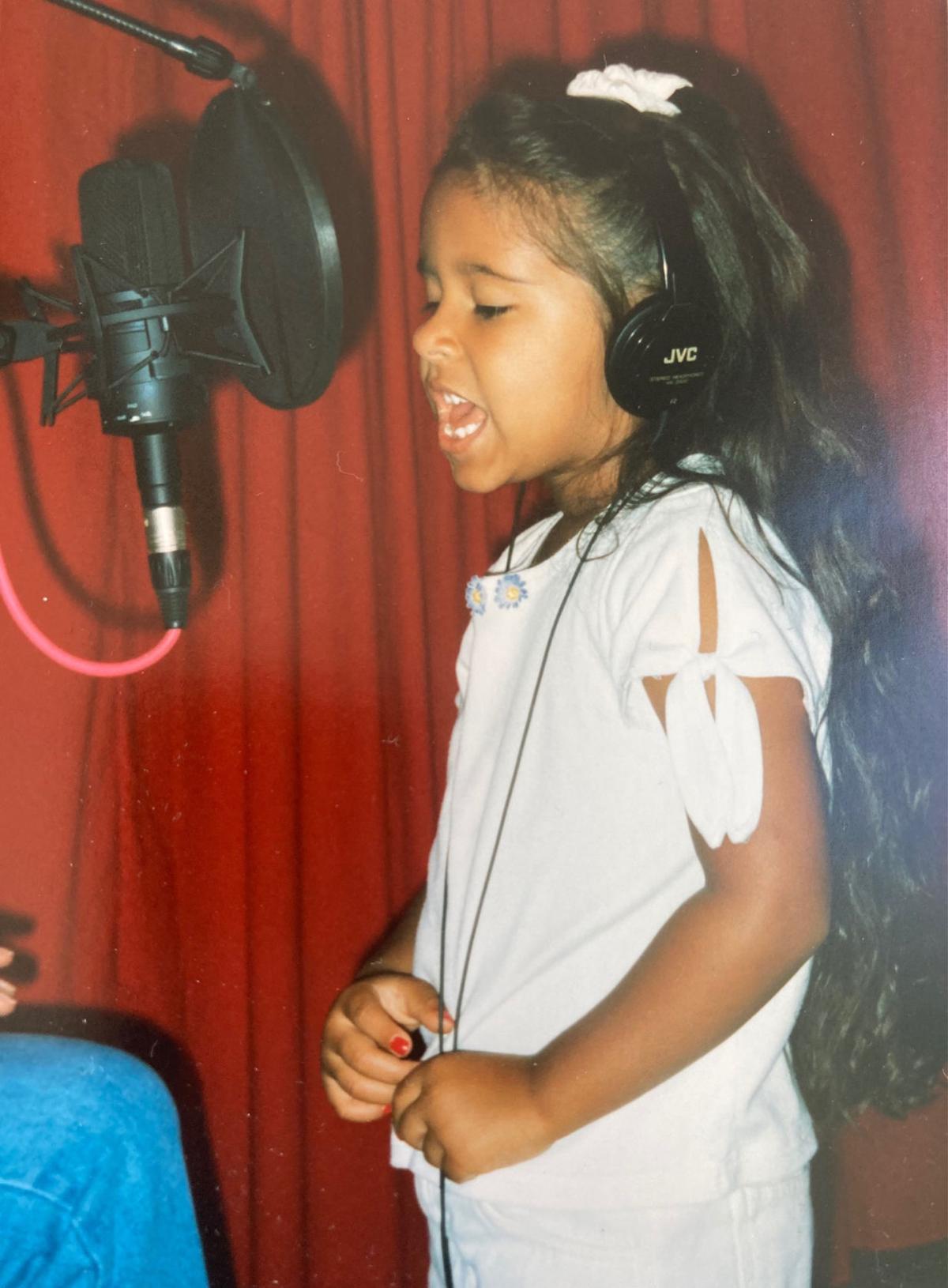 Brooke Mills Simpson recorded some music when she was younger.

Brooke Mills Simpson has started her journey on America’s Got Talent.

Brooke Mills Simpson performed with her mother, Jimille, and her father, Mike, as part of The Mills Family gospel singing group.

Brooke Mills Simpson recorded some music when she was younger.

I have loved to sing since I was a small child — with the radio, a tape, along with an album, on family trips driving my family crazy — any chance I have, I sing.

My grandmother introduced me to piano lessons, which I hated at first, but eventually this continued my love of music and helped with my ability to read music.

When I was in the eighth grade at Chaloner Middle School, chorus was offered as a replacement to the music class and I jumped at the chance. I continued with chorus through my senior year of high school — also adding musical theater to the mix.

And here I am, many, many years later, still performing through community theater. I wish I had the courage to chase the dream of being a professional performer when I graduated from high school, but I was too shy and didn’t think I was good enough.

So, it’s nice to see a woman from the small community of Hollister have the courage to continue to chase her dreams.

Ever since Brooke Mills Simpson announced weeks ago she had auditioned for “America’s Got Talent” I have faithfully watched every week to see her audition, knowing she would be voted through — she’s got a wonderful voice.

Well, this week was the week, and sure enough she received four yes votes from the judges. She performed “Cuz I Love You” by Lizzo, and blew the roof off, impressing the judges. Her husband, Ray, accompanied her on the keyboard — a smile on his face after her performance, obviously proud of her.

She’s no stranger to the TV stage, having come in third place in the 13th season of “The Voice.”

I reached out to Brooke to talk to her about being on a TV stage again and future plans.

Tia: How does it feel being on a TV stage again?

Brooke: It’s still just as humbling and such an honor. And so exciting!

Tia: I couldn’t imagine auditioning for anything as big as “America’s Got Talent,” because I would be extremely nervous. Were you nervous, or do you think going through “The Voice” competition helped you?

Brooke: I definitely went in thinking having experience would help, however it is a totally different ball game! It’s not just singers but incredible acts of all kinds competing as well. But during the audition ... of course there were butterflies, but I just felt so happy being back on stage after a year of lockdown … it felt like coming home :)

Tia: I am following you on Facebook along with many others. I have noticed the support and the excitement all your many fans have expressed with your career and your audition. How does it feel having so many people love your music, and especially having the support from your family and everyone in Hollister?

Brooke: It’s so comforting knowing my city, my tribe and my supporters have my back! I’ve just felt so overwhelmed with gratitude for all of the love and encouragement I’ve been getting :) And it fans the flame that’s going to push even harder to do everything I can to win this whole thing!!

Tia: I have worked at The Herald for 32 years and I have watched you grow up in the many photos submitted over the years for gospel concerts at area churches as you were part of The Mills Family gospel singing group as a child. Do you think singing gospel music and your faith helped develop your voice?

Brooke: Absolutely. My mom is my greatest vocal inspiration because growing up I learned from her talent and her anointing. And my faith is the only reason I am still chasing my dreams.

Tia: You are part of the cast of the all female version of “1776” coming to Broadway next year. How does being a part of a theater production compare to performing in a concert? Do you have the theater bug yet?

Brooke: It’s actually not an entirely female cast :) But yes, I am so excited to be a part of 1776! I have always loved theatre but being A PART of it is going to be a totally different experience! And it’s so hard to compare since I haven’t officially made my Broadway debut yet, but I feel like even though theatre and a concert are totally different, but my favorite part is where they are similar — singing with emotion and heart.

Tia: In a previous story The Herald wrote about you landing a role in the show, it was mentioned you were part of an all-female cast and that you would be playing the role of Roger Sherman. Did the changes happen because the pandemic interrupted everything and the production was put on hold? Can you elaborate on your role in the show?

Brooke: Yes, the cast hasn’t changed, but it’s a diverse cast of people who identify as female and non-binary. :)

Tia: As you continue the competition, what would you like to say to all of your fans?

Brooke: Thank you so much for supporting me every step of my journey and I’m so excited to go through this entire experience WITH YOU! Make sure to follow me on all socials to stay up to date on what’s next with AGT, 1776, and so many other exciting projects I cannot wait to share with you! I love you and appreciate you so very much. :)

Well Brooke, I know I’m not alone in saying I hope you go far in this competition and look forward to watching you on the show and hearing you sing again!

“America’s Got Talent” can be viewed at 8 p.m. on Tuesdays on NBC.