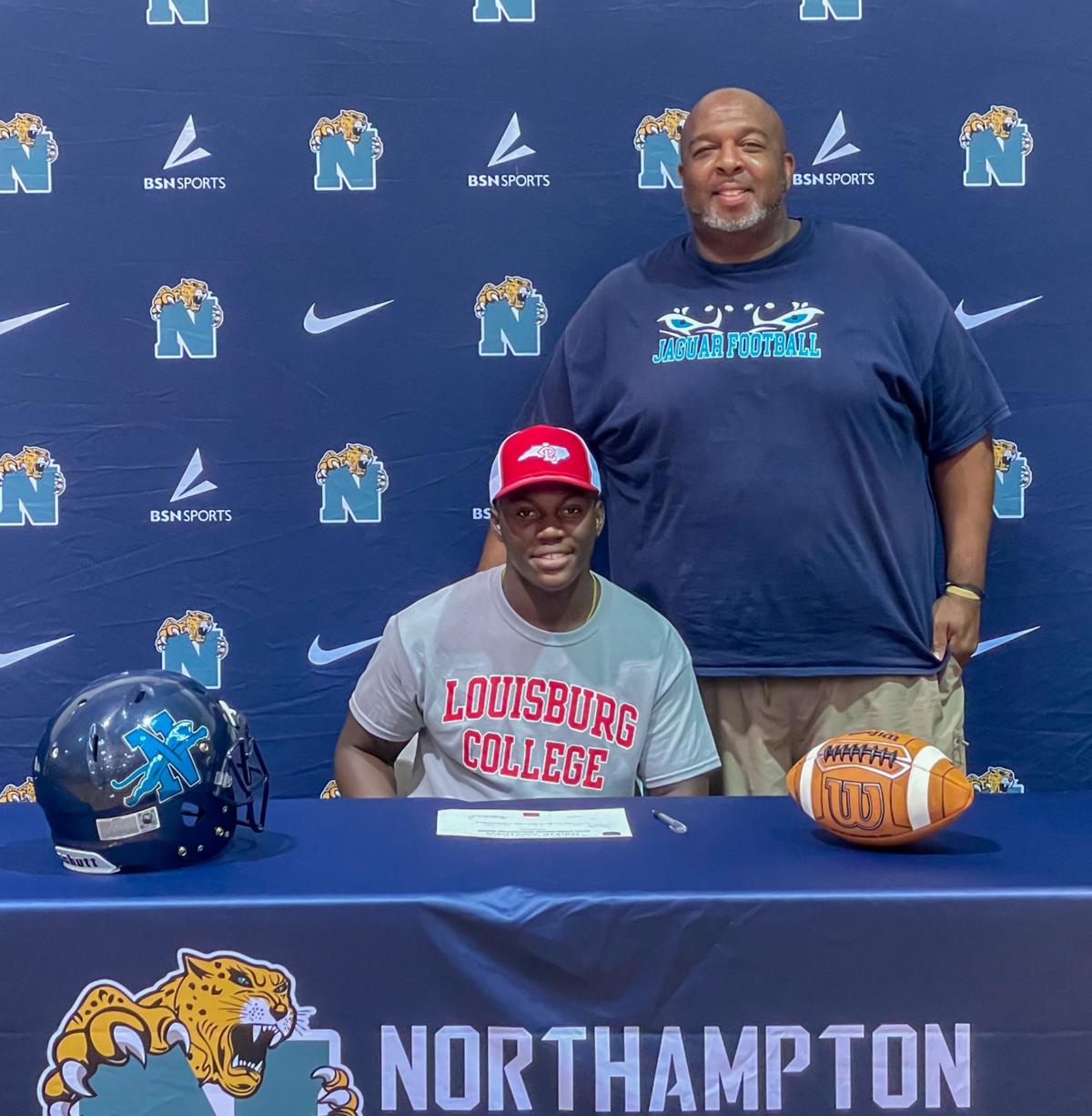 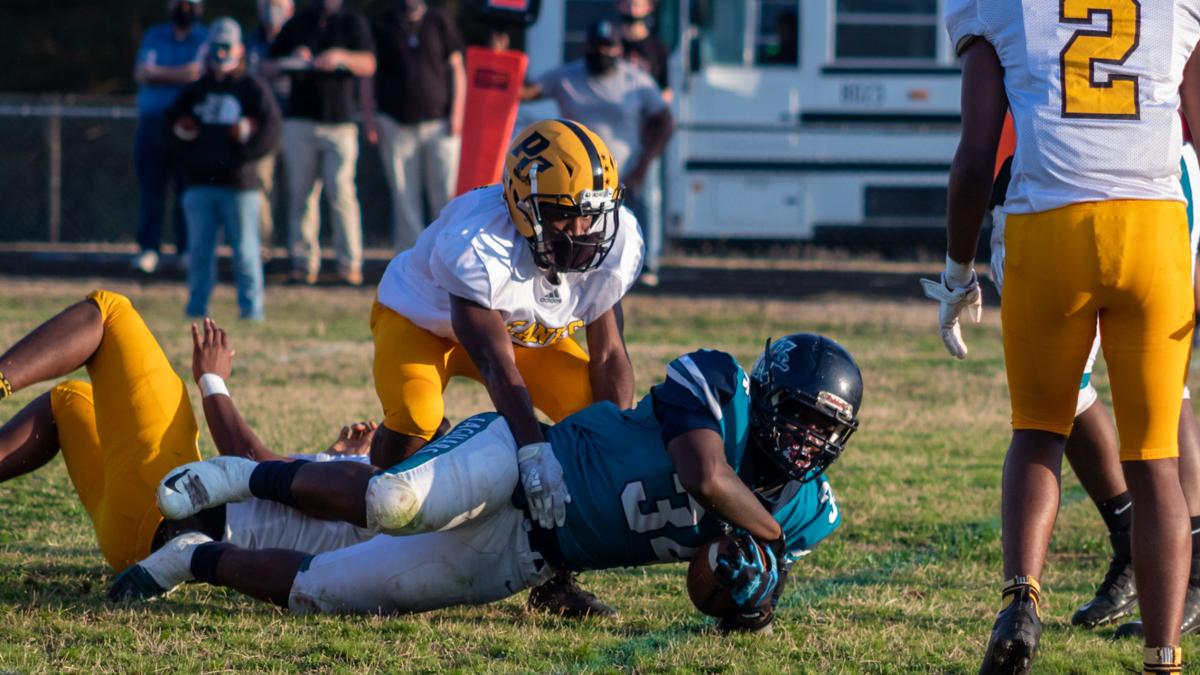 Northampton County’s Javontae Scott stretches for a 2-point conversion during a March 26 clash versus Pamlico County. The 2021 graduate, who starred on both sides of the line of scrimmage in Gaston, finished his prep career with 255 total tackles.

Northampton County’s Javontae Scott stretches for a 2-point conversion during a March 26 clash versus Pamlico County. The 2021 graduate, who starred on both sides of the line of scrimmage in Gaston, finished his prep career with 255 total tackles.

GASTON — Northampton County linebacker Javontae Scott, known Valley-wide for his volume-playmaking skills, confirmed his collegiate plans on Wednesday in a modest ceremony at the school’s gymnasium.

The 2021 graduate, who registered 255 tackles over the course of his varsity playing days, will attend Louisburg College this fall.

“I think it’s a great opportunity for him,” longtime Jaguar head coach George Privott said of Scott’s decision to become a Hurricane. “I’m glad he was able to go to one that’s local, that’s not too far away from home … I’m appreciative of them for that.”

Although Scott made the extraordinary appear routine over his final two years in Gaston, his career began in less-than-marquee form — as in, just 64 total tackles, two sacks and two fumble recoveries through his first two seasons.

Not woeful by 1A varsity standards, but certainly a far cry from the by-down production he staged during the team’s 2019 campaign, when it marched in thrilling fashion to the N.C. High School Athletic Association 1A title game.

“I just wish we could’ve noticed him a lot earlier, his freshman year,” Privott said of Scott, who recorded 145 total tackles (71 solo) during his junior season. “He just proved to be a baller … find ball, hit ball. That’s all we asked of him.”

And deliver on that request he did, to the tune of maximum reliability, until an untimely injury and a global pandemic forced change upon the trajectory of his time in navy-and-teal.

More of the same.

Such was the return to the gridiron for Scott, who proved more than resilient in his comeback from a shoulder injury that required surgery — a process tempered, in large part, by a global pandemic that threatened to scrap the entire 2020-2021 Jaguar campaign.

The season would get played, however, allowing Scott one last opportunity to compete with his teammates — painful though it was.

“Each game, he had to take that pain of having that shoulder pop out, and get it replaced, and go back in the game and still be productive,” Privott said of Scott’s senior experience. “It just shows how tough he was, and, I mean, I couldn’t ask for anything more.”

And if there is one thing tough does these days, it’s travel, which Scott will do this fall to a place few visit — a collegiate football field.