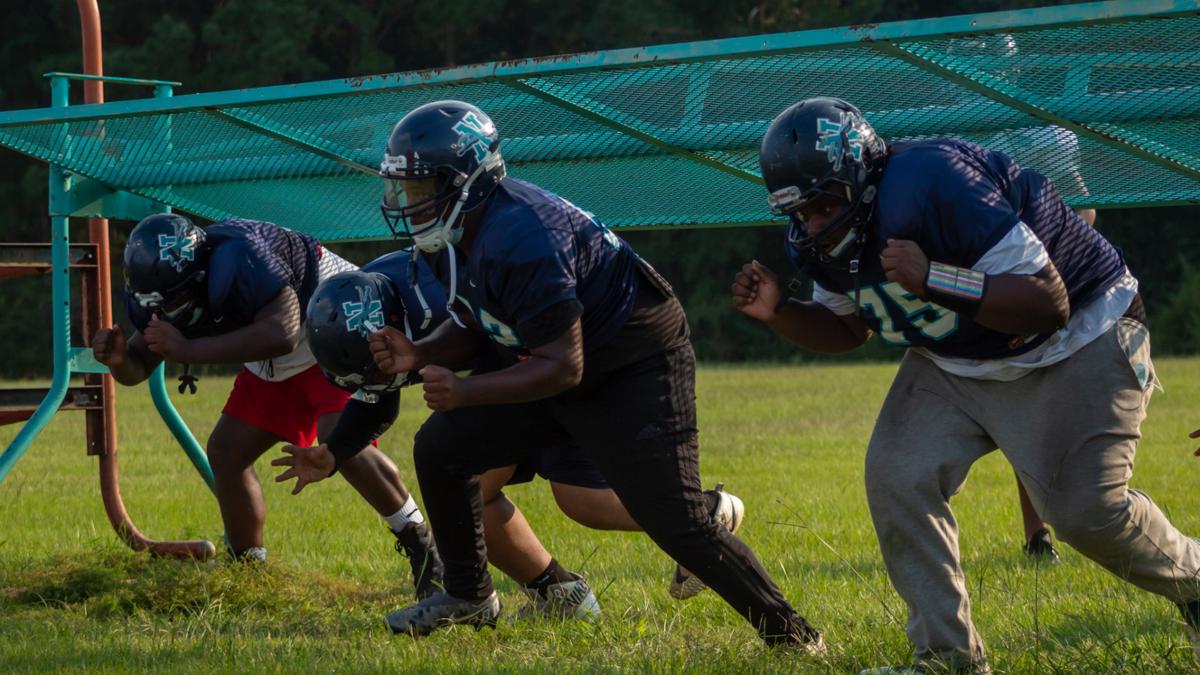 A trio of Northampton County linemen drill during Tuesday’s practice session. The Jaguars, 1-1 this season, play host to Tar Roanoke 1A foe Rocky Mount Prep on Friday in Gaston. 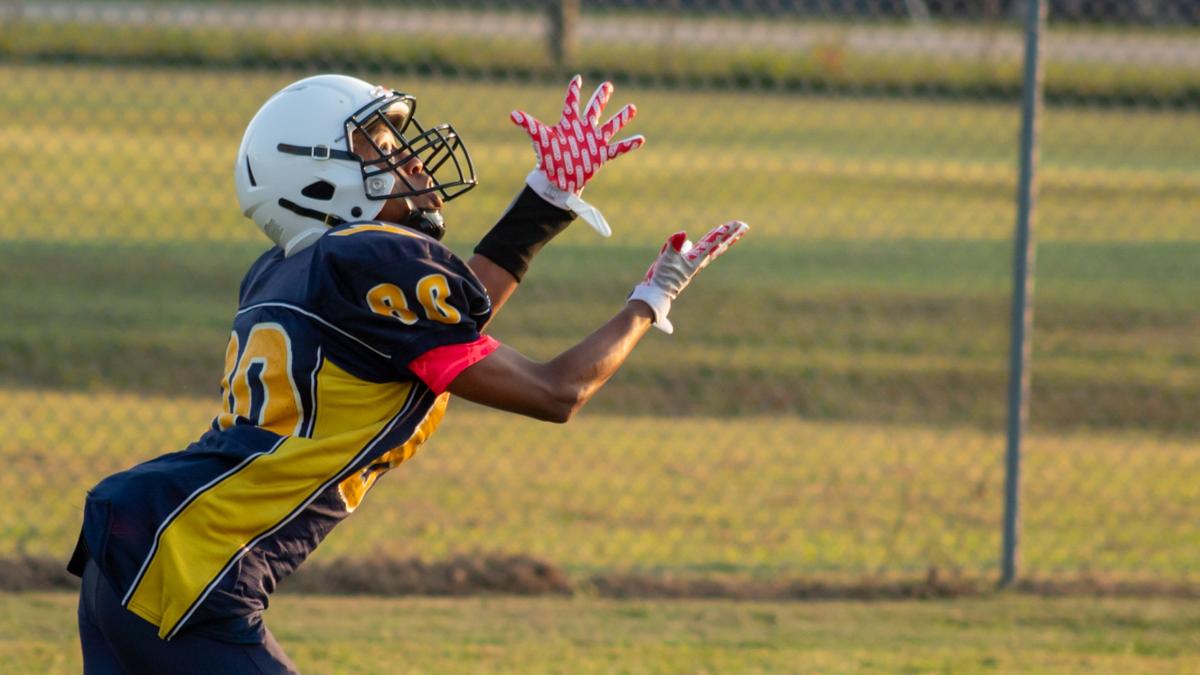 A trio of Northampton County linemen drill during Tuesday’s practice session. The Jaguars, 1-1 this season, play host to Tar Roanoke 1A foe Rocky Mount Prep on Friday in Gaston.

Be gone, opening act of prep football, and welcome the familiarity of conference play — where, like a certain television jingle from many moons ago, everyone knows your name.

Or your habits, as it turns out, on 3rd and short.

So, without further ado, our capsulized preview of Friday’s slate — starring, at long last, each of the Valley’s eight teams.

Little do Valley-types know of Big East 2A/3A outpost Franklinton, apart from its winless 2021 record and penchant for allowing big yards on the ground — as in, 6.7 yards per rushing attempt through the first month of the season.

All told, it’s a statistical measure that could prompt a large night by Buzz City’s Austin Geary, Wayne Wilkins and Matthew MacNichol, who should be able to stretch the Rams on first down and pick up tough yards inside if the chains get narrow.

Just not enough, in all likelihood, to adversely affect the navy-and-teal on Friday, what with the hashmark-collecting triumvirate of Anthony Harding, Demarjay Lassiter and Kwamie Pitt primed to sprint past a Prep defense that surrendered 54 points to Louisburg on Sept 2.

Get there early, folks, but don’t make plans to stay — this one won’t last very long.

Don’t let the winless record fool you, dear readers — KIPP Pride is a solid football outfit, and one probably bent on righting the ills of Monday’s 37-14 setback to non-conference host Louisburg.

Which is why fans of the royal blues should expect a turnaround effort on Friday in sleepy Leggett, where Jayden Whidbee, Levern Bynum, Jaylin Lashley and signal-caller DJ Sykes should pick up plenty of yardage behind an offensive line helmed by the senior duo of Chicar Ward and William Robinson.

No football in nearly two years?

Such was the case last week for Northwest Collegiate, which registered three scores in the first quarter en route to a runout win over Bear Grass Charter.

Now, a question — can the Vikings do it again?

Well, the answer to that one should be apparent in the early going of Friday’s tilt, when they have to defend the entire field against Weldon’s new spread offense — implemented over the last six weeks by first-year head coach Steven Brickell.

Stay tuned, everyone — this will be a fun ticket.

All of which brings us back to Crowells Crossroads, of course, and a Week 5 visit from Warren County, which has allowed 102 points in three games this season — meaning this clash, in front of what will surely be a crowded den, could be SCPA’s for the taking.

When at last we saw Halifax Academy, on Aug. 27, it struggled to keep pace with diverse Faith Christian during the second half of a wild, big-play shootout.

But that stumble was ages ago, and far from what Big Blue enthusiasts should expect on Friday evening, when their team faces Community Christian.

Simply put, the Cyclones struggle defensively, allowing 56.7 points per game, and when tasked with muting a rested bunch of Vikings, well — you get the idea.

Halifax rolls, and with haste.

Call this an exploratory junket for Northeast Academy, which will find out in short order just how well its 2020-2021 junior-varsity stars handle a larger, more demanding 8-Man stage — on the road, no less, at Lawrence Academy.

But if the Eagles can operate with their usual blend of poise and pace, they’ll have an excellent chance of earning a victory — one helmed, in all likelihood, by the Vann brothers, Dalton and Dawson, in addition to Nathan Trevino.